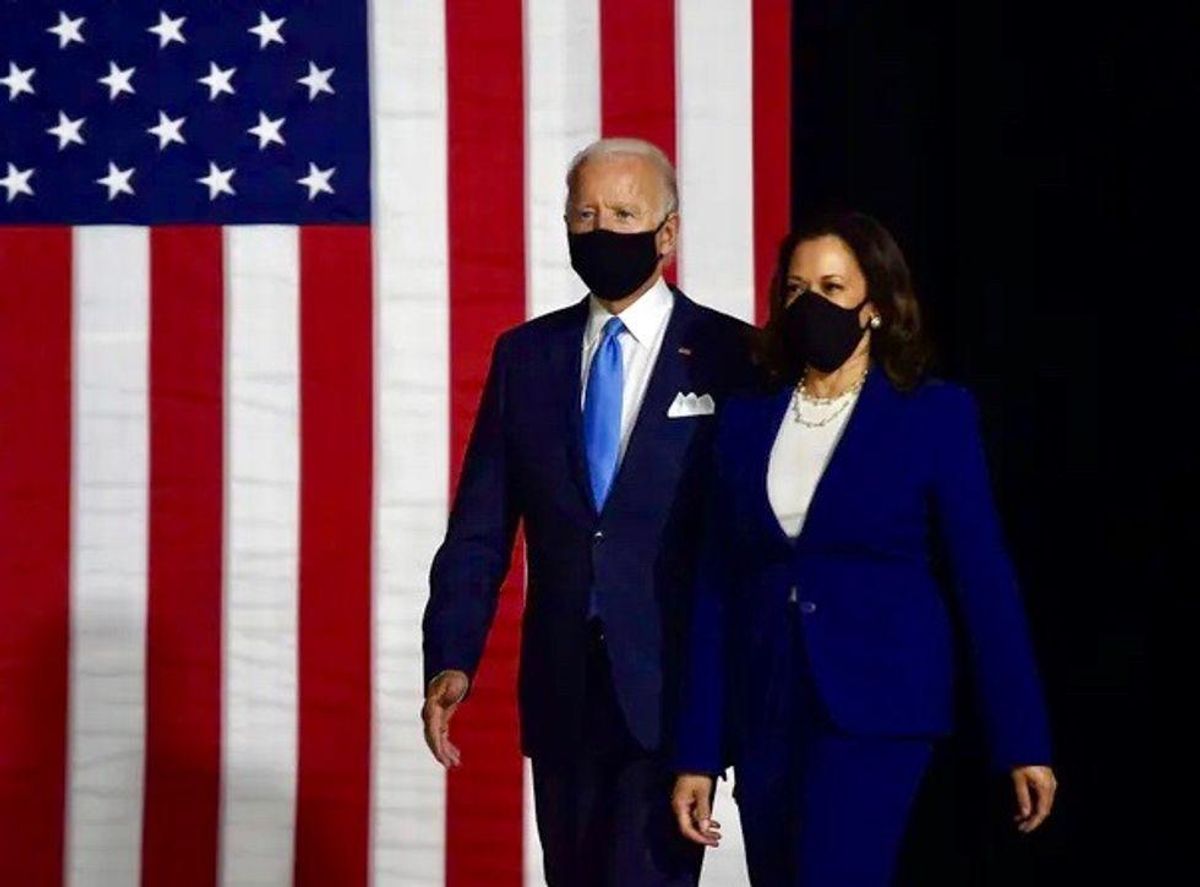 For another, the press corps is having difficulty seeing, understanding and, therefore, reporting the fundamental shifts that have taken place in the last six months alone. The Republicans, it goes without saying, have declared massive resistance to all things Biden even when all things Biden are Godsends to constituents back home who are impatient for the day when the government finally starts delivering for the people. The president and the Democrats, meanwhile, seem unfazed. They knew they weren't going to get help from the Republicans. They have majority numbers to do without.

You have to understand that for most, perhaps even all, reporters in Washington, they have never seen the parties so demarcated. More importantly, as it pertains to the whiff of panic I'm talking about, reporters have never seen a day when they did not get under the skin of a Democratic president by laundering right-wing propaganda. That has historically gotten a reaction from Democratic presidents going back to Bill Clinton, because Democratic presidents bent over backwards to demonstrate being in touch with the majority of the American people, because a majority of the American people really were more in line with the views and preferences of the Republican Party.

That's just not the case anymore, and because that's not the case anymore, laundering right-wing propaganda through neutral political reporting isn't having the effect it once did. In fact, the president and the Democrats, in letting laundered propaganda roll off their backs, are acting like they know something the Washington press corps do not know—and that, my dear friend, is the most terrifying thing of all when you're reporting from the heart of power in the United States. The whiff of panic I'm talking about is the fear and awesome dread of discovering you're on the outside looking in.

What do the Democrats know? First, the Republicans don't have concrete policies to offer. They lost faith in the democratic republic that's creating a country that most of them don't want to live in. Second, and related to the first, the GOP no longer has a feel for what the whole of the country wants. (They still insist the Trump tax cuts were a winner when they were a loser.) The Democrats never lost faith. They never lost that feel. Moreover, policies like green energy, which were unpopular the last time they had unified control of the government, are now popular. If the president is acting like he doesn't need the Republicans, it's because he doesn't need the Republicans. And because he doesn't, the president really is redefining what "bipartisanship" means.

Let me put this another way. The Republican Party is the anti-government party. It has been for decades. During the Trump era, however, the party crossed a moral threshold many GOP voters would not. The Republicans became the party of treason. It literally acquitted the former president's attempt to overthrow the United States government. At the same time, a vast majority of Americans, all living under the smog of the covid pandemic, realize government action was the only way out of the emergency. They couldn't turn to the Republicans a) because the former president was most responsible for allowing the emergency to become the worst among rich counties and b) because they were the party of anti-government before they became the party of treason.

The Republicans turned their backs on the whole of the country when the whole of the country most needed the government to take action. The primary consequence of this, I contend, has been to make government action popular all by itself, regardless of any particular policy. Virtually everything Joe Biden is calling for is putting government in action and virtually everything he's been calling for has proven popular. Even things that used to be political liabilities, like spending trillions and raising taxes on large corporations, is popular—even, or especially, among those same large corporations.

The Republicans, I suspect, understand this better even than the press corps does. They see a future that's seemingly inhospitable to the old-school politics of "limited government." Some Republicans are trying. They're competing with the Democrats in the realm of government action. United States Senator Josh Hawley is chief among GOP fascists calling for the government to punish Fortune 500 companies that openly oppose anti-democratic election laws. Most Republicans, however, seem unwilling to rethink the old-school politics. They'd rather punch down on "culture war" issues like trans rights. They're retrenching locally even as they retreat nationally. And that's fine for a Democratic president who thinks being popular is better than being bipartisan.

I hope the press corps understands that in time.