Hundreds turn out for funeral services of Bronx fire victims 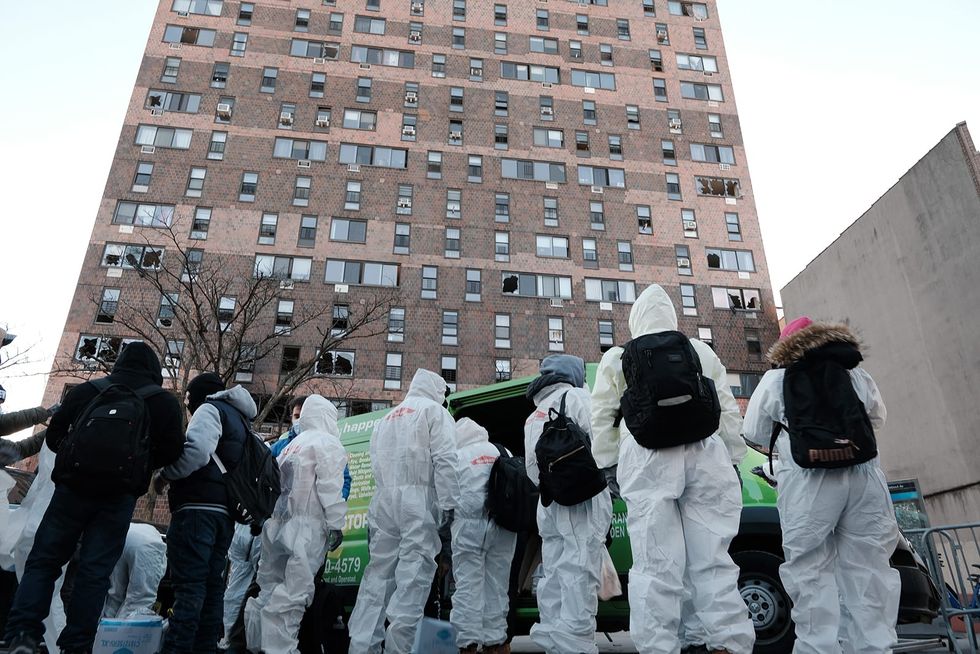 NEW YORK — Hundreds of mourners overflowed a Bronx mosque Sunday for funeral services for 15 of the people killed in last week’s apartment building fire — the deadliest blaze in the city in three decades. They were paying final respects to nine adults and six children who perished after a faulty space heater caused an inferno in a Bronx high-rise last Sunday. Two of the child victims were buried last week. Hundreds of attendees who couldn’t fit inside the the Islamic Cultural Center of the Bronx watched a livestream of the somber proceedings from a tent set up on E. 166th Street. Speakers deno...