In China, concept of doing nothing has the Communist Party worried 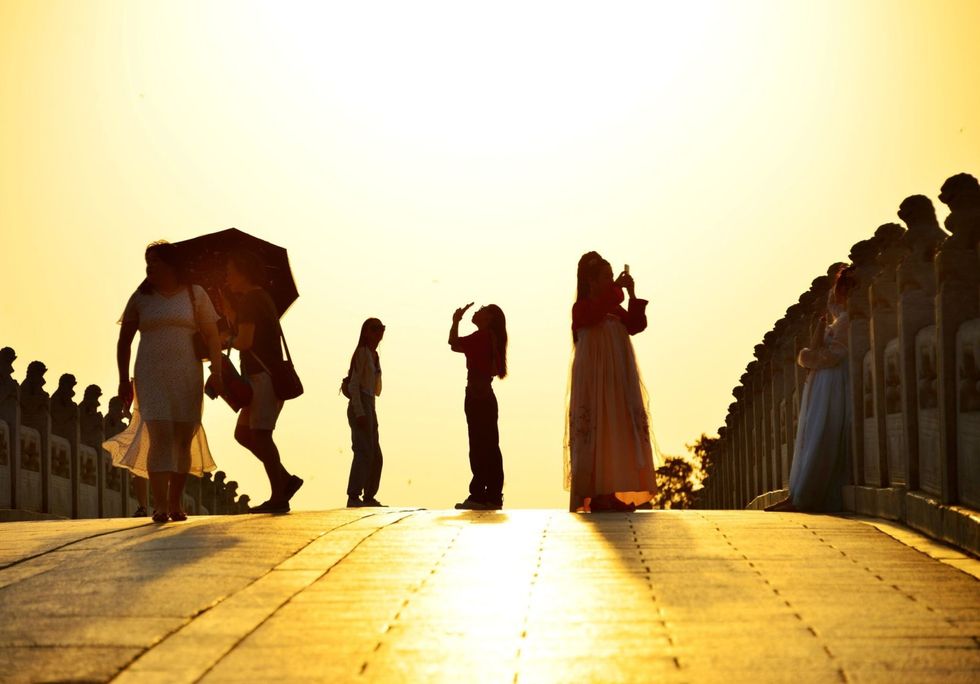 Sunset in China, where young people increasingly feel like doing not a great deal, in a trend called Tangping. Fan Jiashan/SIPA Asia via ZUMA Wire/dpa

The desire to simply drop everything and do nothing is so prevalent among young people in China that now there's a name for it: "tangping," or "lying flat." And the government isn't happy.

People who subscribe to this way of life refuse to take part in the performance-oriented and consumer society in which they are expected to work long hours at an exploitative job and constantly buy things.

Instead, these adherents want to pursue their own interests or come to rest in a "Buddha-like" way.

Understandably, tangping is a thorn in the side of the Communist Party, whose emphasis on hard work, innovation and consumption are at odds with such behaviour. Censors have been mercilessly scrubbing the word and any discussion of it on social media networks for weeks.

The discussion was sparked by a blog post by a man named Luo Huazhong, who quit his factory job and cycled from Sichuan to Tibet, scraping by with the little money he earned from odd jobs on the way.

He wrote about his lifestyle in the post from April: "Tangping is righteousness. It means taking the initiative, choosing Buddha and not fighting for fame and fortune." However, after the stir he caused, Luo says that he has been asked to stop giving interviews.

But it was too late: The movement already had gathered enough steam.

The Communist Party now not only has to use censorship to try to stop its flow, but it also is trotting out propaganda: "In the face of pressure, choosing tangping is not only unjustifiable, but also shameful," said one party paper. Discussion groups on the topic were disbanded and T-shirts with the word were taken off online shops.

"Accepting misfortunes is fine, but tangping is not," says the party on its broadcaster. They see it as a sign the country is in danger.

"Tangping refers to the fact that young people don't want to buy an apartment or a car, they don't want to get married and have babies and simply consume things - rather they want to maintain a minimum standard of survival - and not be a money-making machine for someone else," says a Chinese journalist, calling it a "silent helplessness."

Social scientist Yi Fuxian believes hopelessness is also in there.

It's the phenomenon of an ageing society, says the University of Wisconsin researcher. China used to be full of vitality: In the 1990s, 31 per cent of the population was young; now this proportion has fallen to 17 per cent.

The same phenomenon plagues Japan, which is ageing even faster - the social and economic structure has already been planned out by the aging society and jobs are occupied by older people.

Young people have no will to fight, according to Yi Fuxian. They have have no way to change the status quo, so instead they just tangping. In the end, the economic vitality of the entire society can then decrease, which is why the government is worried, says Yi Fuxian.

But it's also shaped by a country with an extreme work culture that idealizes a "996 culture" in which you work 12 hours, from 9 am to 9 pm, six days a week. The other stressors, beyond overworking, are high rents and having to pay for your child's expensive schooling.

These are all the factors that have led to China experiencing a rapid decline in birth rate, despite the end of the one-child policy.

As to practising tangping, perhaps it's better to see it more as a resignation to the circumstances of your life: "I think it's more of a joke or lament about the inability to change your work and life," says one 22-year-old white-collar worker. "It's just a dream."

While all her friends talk about tangping, the reality is that it's really tough, because everyone has to work to pay the bills and rent.

But there's no doubt that this concept has touched a nerve and resistance to overwork is now forming: People stuck in the vicious cycle of work and consumption are readily described as "leeks" that can constantly be re-harvested.

"Calls to 'lie flat' have doubly concerned China's leadership, as they threaten both to sap the country of the ambition to innovate and to knock down the second leg of the country's long-term development strategy - the drive to consume," writes China expert David Bandurski of the China Media Project for the US think tank Brookings.