In from the cold: the return of former Afghan leader Hamid Karzai 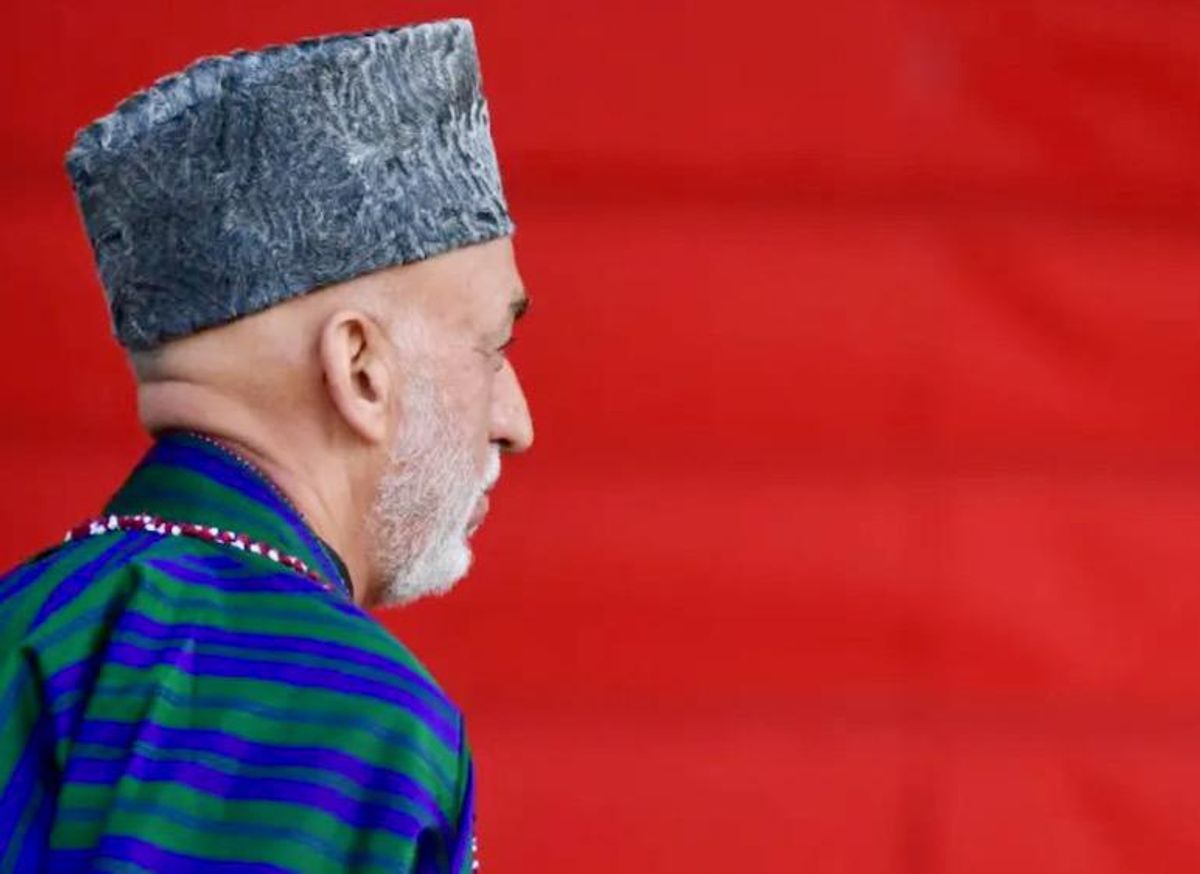 As the Taliban entered Kabul, the country's president fled without a word.

Then a former leader, Hamid Karzai, stepped in from the shadows -- and it appears he is following his old playbook of traditional tribal deal-making.

The 63-year-old former president was once the fresh face of the new Afghanistan following the September 11, 2001 attacks, when he was plucked from relative obscurity and hailed as the modernizing force with tribal ties that could transform the crippled nation.

As a fluent English speaker, tribal elder and hailing from a prominent Pashtun family, he seemed to have guaranteed influence.

He eventually fell out of favor in Washington, however, and into the political wilderness, with his former finance minister Ashraf Ghani taking the reins in 2014.

Fast forward to August 2021: with the hardliners back in control, and with Ghani in the United Arab Emirates, Karzai has been seen in a familiar role, shuttling between meetings, invariably looking for allies in what will likely be a small window to hammer out some kind of agreement with his old foe.

As the Taliban entered Kabul on Sunday, Karzai appeared in a video shared widely on social media, with his daughters by his side asking them to help save Afghanistan together.

"I would like to inform Kabul residents that my family and I, my daughters, are all here," he said.

"I hope the country's problems are solved through talks and negotiations," he said, striking the pragmatic tone he was known for during his years in power.

"I also ask all the security forces and the Taliban forces, wherever they are, to protect the lives and properties of the people and focus on the security of people."

Then on Wednesday, Karzai sat down with a Taliban delegation that included Anas Haqqani -- the scion of the infamous Taliban faction that unleashed havoc with suicide bombs and brutal attacks on Kabul when he was president.

In December 2001, following the ousting of the Taliban, Karzai was appointed chairman of a transitional administration at UN-sponsored talks in Bonn, Germany that pledged to work towards democracy.

A traditional Afghan assembly then confirmed him as president of the transitional government paving the way for his leadership of the newly minted republic.

But criticism soon overshadowed the initial plaudits that showered Karzai, and even earned him a nomination for the Nobel Prize.

The election of Barack Obama and the exit of his former patron George Bush set the stage for a nasty showdown, as the US launched a massive "surge" and deployed more than 100,000 troops to Afghanistan to beat back a rising Taliban threat.

For years, Karzai warned that the heavy-handed counterinsurgency in the Taliban's southern strongholds was only reviving the movement and begged Washington instead to focus their efforts on bringing Pakistan's support for the militants' exiled leadership to heel.

Even as the insurgents bombed his capital, Karzai insisted that the Taliban must be brought into the fold, drawing harsh criticism when he called the militants "brothers".

But his requests were largely ignored.

He eventually lost the support of the West, with American officials and the media routinely pillaring him for corruption even as the US dumped billions into an impoverished, agrarian economy that was overwhelmed by the deluge -- making graft all but inevitable.

After finishing his second term, Karzai lost power to Ghani.

"If we are going to see a political solution, Hamid Karzai was going to have to play a key role in it," Ibraheem Bahiss, a consultant with the International Crisis Group.

"He's a unifying figure in many ways," he added, highlighting Karzai's reputation for uniting "disparate factions" during his presidency.

Republicans in multiple states are trying to find evidence of election fraud to explain Donald Trump's loss, but they're running into a significant obstacle.

GOP legislators in Arizona, Pennsylvania and Wisconsin are conducting "forensic audits" intended to uncover evidence of fraud based on claims by MyPillow CEO Mike Lindell and other conspiracy theorists -- including the twice-impeached former president himself -- but their efforts are coming up empty, reported NPR.

Jay Bookman, Georgia Recorder
Eleven months after the election, and nine months after the Jan. 6 insurrection attempt, we are only now beginning to understand how organized, intentional and dangerous the Trump coup attempt had been, and how dangerous it remains.

Take, for example, the events of Dec. 14 at the Georgia State Capitol. On that date, Democratic electors met in the state Senate chambers to formally commit the state's 16 electoral votes to Joe Biden. The event was ceremonial in nature, yet required under the U.S. Constitution.

Largely overlooked at the time – there was a lot going on – was a second meeting held that day in a committee room at the Capitol, this one convened by Georgia GOP Chair David Shafer. In that meeting, Shafer and his fellow Republicans approved a fake second slate of pro-Trump electors to be sent to Washington, on the grounds that Trump had really carried Georgia and that Biden's victory was based on fraud.