In New York, the fall of the House of Cuomo 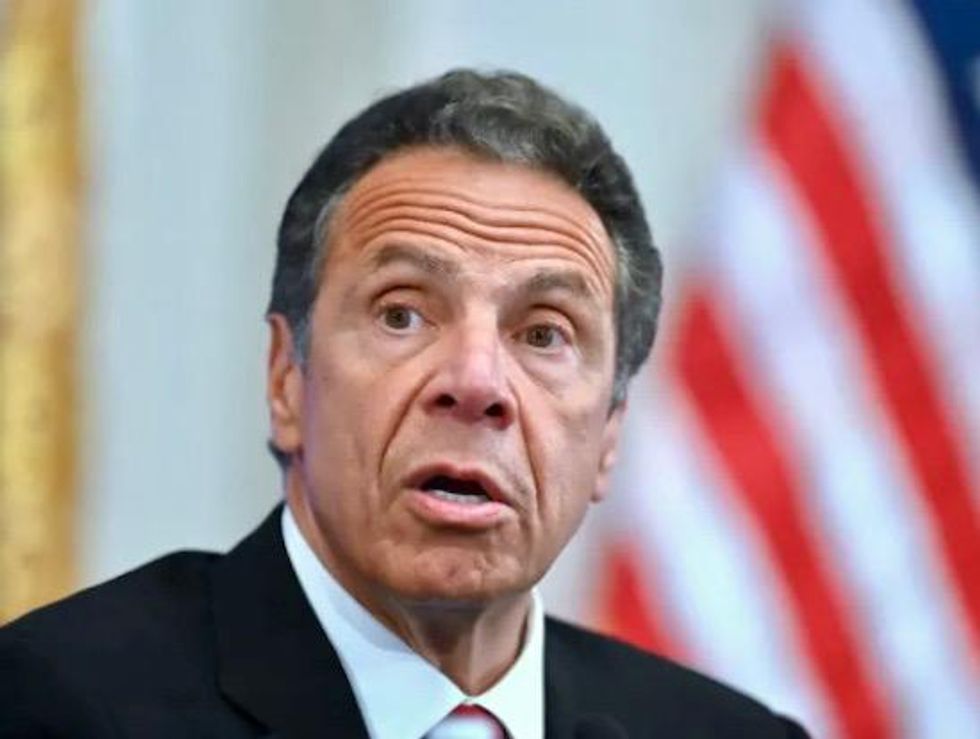 Once upon a time, the Cuomo family looked set to go into the history books as one of America's storied political dynasties, perhaps even one that included a White House stay.

But those days are long gone, and the New York clan is in free fall.

Andrew, once the state's governor, resigned amid a swirl of sexual misconduct allegations, and the 63-year-old has since been charged with a sex crime.

His younger brother Chris, a veteran anchor and correspondent for CNN, has been suspended from the airwaves indefinitely for offering advice to his brother deemed too close for comfort by his employer.

"He's my brother, and I love him to death no matter what."

But that fraternal bond may have derailed the aspirations of a family that traces its roots back to Naples and, in the Big Apple, grew to embody the American Dream hoped for by many Italian immigrants.

Andrea Cuomo, the brothers' grandfather, arrived in New York's Queens borough in the 1920s, and ran a grocery store with his wife Immacolata.

He barely learned English, according to Michael Shnayerson, author of "The Contender," a biography of Andrew Cuomo released last year.

"When asked what drove him, he would say 'Puncha puncha!' -- meaning, you have to just keep punching and never give up," Shnayerson told AFP.

Andrea and Immacolata's son Mario was the consummate New Yorker -- born in 1932 and educated in the city, he would rise through the ranks of the Democratic Party to eventually serve three terms as governor (1983-1994).

He was a "man of immense charm," explained Shnayerson, but one who was "just as tough on his boys as his father had been on him."

Despite a 13-year age difference, Andrew and Chris forged a "strong, unbreakable sibling bond" even if their relationship was also one marked by rivalry and competition.

Andrew Cuomo, who served as his father's campaign manager in the 1980s, eventually rose through the Democratic Party ranks as well, serving in president Bill Clinton's cabinet and as New York attorney general before ascending to the governor's seat.

In his personal life, he even crossed with another legendary American political family: Andrew married Kerry Kennedy, a daughter of the slain Robert F Kennedy and his wife Ethel. The pair acrimoniously divorced in 2005.

Like his father, Andrew was elected three times, but would not serve out his third term, as scandal engulfed his ample ambition.

At the start of the pandemic, the brothers soared to new heights of popularity: Andrew Cuomo earned praise for his frank daily briefings as the coronavirus ravaged New York, and his live exchanges with Chris on CNN were peppered with banter.

But the moment quickly faded.

Faced with allegations that he harassed or assaulted at least 11 women, Andrew Cuomo -- who had even hoped to run for a fourth term, or possibly aim higher for the Oval Office -- resigned in August.

In October, the former governor was charged with a misdemeanor sex crime for forcible touching.

Then on Monday, current New York Attorney General Letitia James -- herself now a candidate for the state's governorship -- released thousands of pages of transcripts from her investigation, including her office's interviews with Chris Cuomo.

It was one step too far for CNN, which had faced questions before about Chris Cuomo's cozy links with his brother.

"The documents, which we were not privy to before their public release, raise serious questions," a CNN spokesperson said Tuesday, adding that they "point to a greater level of involvement in his brother's efforts than we previously knew."

"As a result, we have suspended Chris indefinitely, pending further evaluation."

For Shnayerson, once Mario Cuomo died, "it was Andrew and Chris together -- perhaps without enough of a moral compass to keep them from tilting off course."