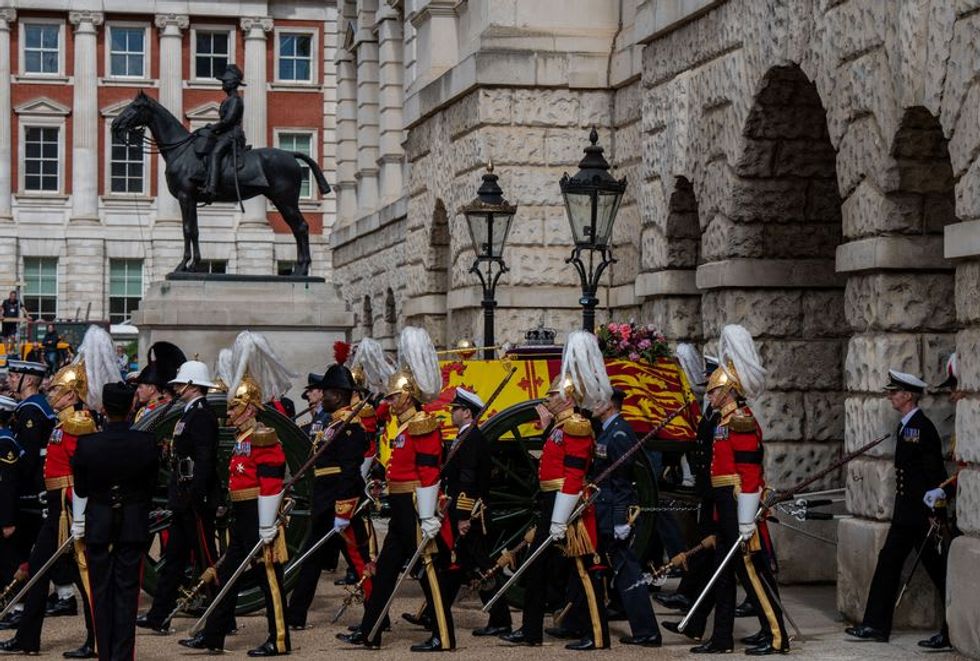 By Michael Holden WESTMINSTER ABBEY, London (Reuters) - After the final notes of the poignant Last Post trumpet fanfare echoed around the vaulted ceilings of London's Westminster Abbey, a deep silence pervaded the majestic gothic cathedral. In the building where for a thousand years the monarchs of England and later Britain have been crowned, buried and married, presidents, prime ministers, kings, queens, sultans and an emperor stood still, heads bowed. World leaders and dignitaries from about 200 countries and territories, some openly hostile to each other, united briefly for two minutes of s...