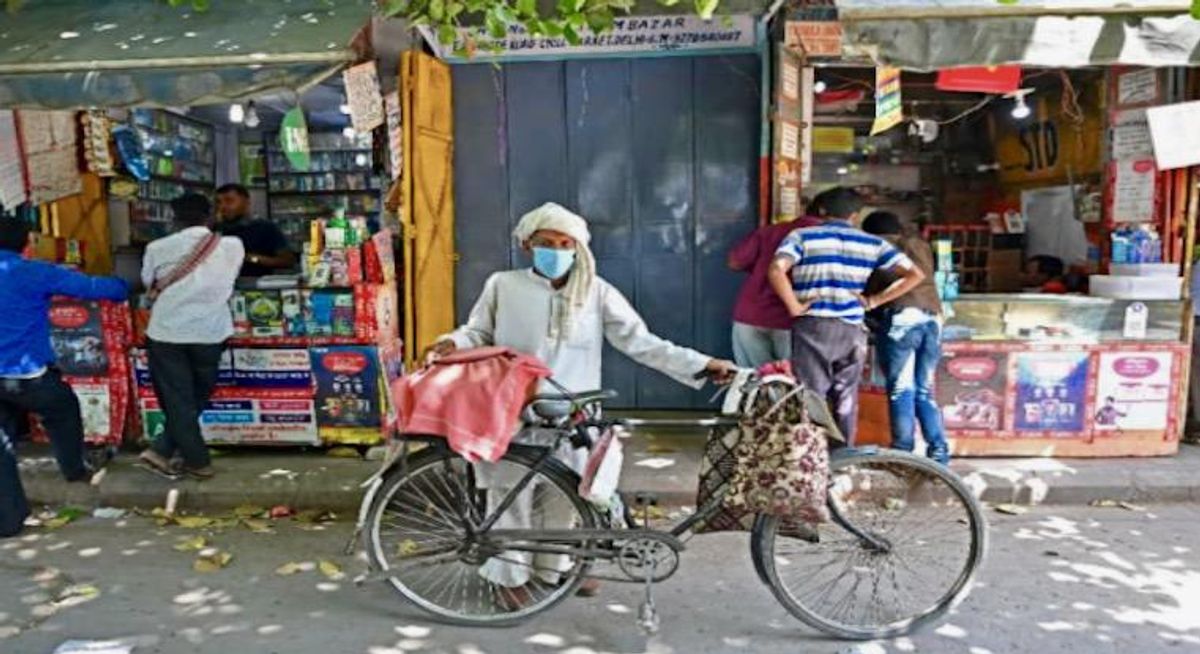 India will lock down its capital New Delhi for a week from Monday night to try and control a raging coronavirus outbreak, as the hard-hit United States passed a hopeful milestone of giving at least one Covid-19 vaccine dose to half its adults.

There was good news from Australia and New Zealand as well as the two neighbours opened a travel bubble that would allow people to travel without a mandatory quarantine.

Infections are skyrocketing in India, however, with hospitals running out of beds and the government forced to reimpose economically painful restrictions again.

"If we don't impose a lockdown now, we will be looking at a bigger disaster."

Kejriwal said businesses would be shut and movement around the city of 20 million limited to essential services.

The Delhi lockdown came after the vast nation of 1.3 billion people reported a record high of 273,810 infections on Monday -- the fifth consecutive day of more than 200,000 cases.

The restrictions followed similar measures in other parts of India, including in the western state of Maharashtra, home to financial capital Mumbai.

The surge has overwhelmed the healthcare infrastructure in many parts of India, and authorities are scrambling to free up hospital beds and secure additional supplies of oxygen and treatment drugs.

India has the world's second-highest caseload with more than 15 million known infections.

Health workers are bracing for yet another spike as millions of pilgrims attend a religious festival and ongoing regional elections draw huge rallies.

The UK government said Monday Prime Minister Boris Johnson's visit to India has been cancelled over the Covid-19 surge there.

US in 'precarious position'

The coronavirus has killed more than 3 million people, devastating the world economy and upending daily life since emerging in China in late 2019.

The United States remains the hardest-hit nation, with more deaths and known infections than anywhere else, but it passed a major vaccine milestone on Sunday with roughly 130 Americans -- half its adult population -- receiving at least one dose.

The country is a world leader in vaccinations, and all its over-18s will be eligible for a shot from Monday.

But its top pandemic advisor Anthony Fauci warned Sunday that the United States remains in a "precarious position".

"We also have to make sure that people don't throw caution to the wind and declare victory prematurely. That's not the time to do that."

Neighbouring Canada illustrated the threat of a fresh coronavirus wave, as authorities scrambled to funnel additional health staff and equipment into virus-hit Ontario to battle a surge in infections.

Ontario is Canada's most populous province, and record cases are threatening to overwhelm its healthcare system.

Some countries have started to ease restrictions despite concerns about new outbreaks, hoping to resume some social activities and kickstart their economies.

Portugal was set to allow restaurants, shopping centres, high schools and universities to reopen from Monday.

Switzerland was also set to start the week with a step towards normality, with outdoor seating permitted at restaurants and bars and cinemas, sports facilities, and in-person classes at universities re-opening.

And in Australia and New Zealand, there was joy and celebration as a long-awaited quarantine-free travel bubble opened across the Tasman Sea.

Family members tearfully reunited at airports in Sydney and Wellington, while others readied for their first outbound flights in more than a year.

"What normal's going to be from now on I don't know, but I'm just really, really excited today."

Writing in New York Magazine this Monday, columnist Jonathan Chait contends that a GOP-employed tactic to suppress voting rights is not getting a lot of attention from media, namely a massive ramp up in fines and criminal penalties for election workers who violate any of the greatly expanded restrictions on voting access.

"The insidious aspect of this method is that it is facially neutral: Who would object to penalizing officials for breaking election laws?" Chait writes. "And yet the effect is to create asymmetric pressure on officials to suppress the vote themselves."