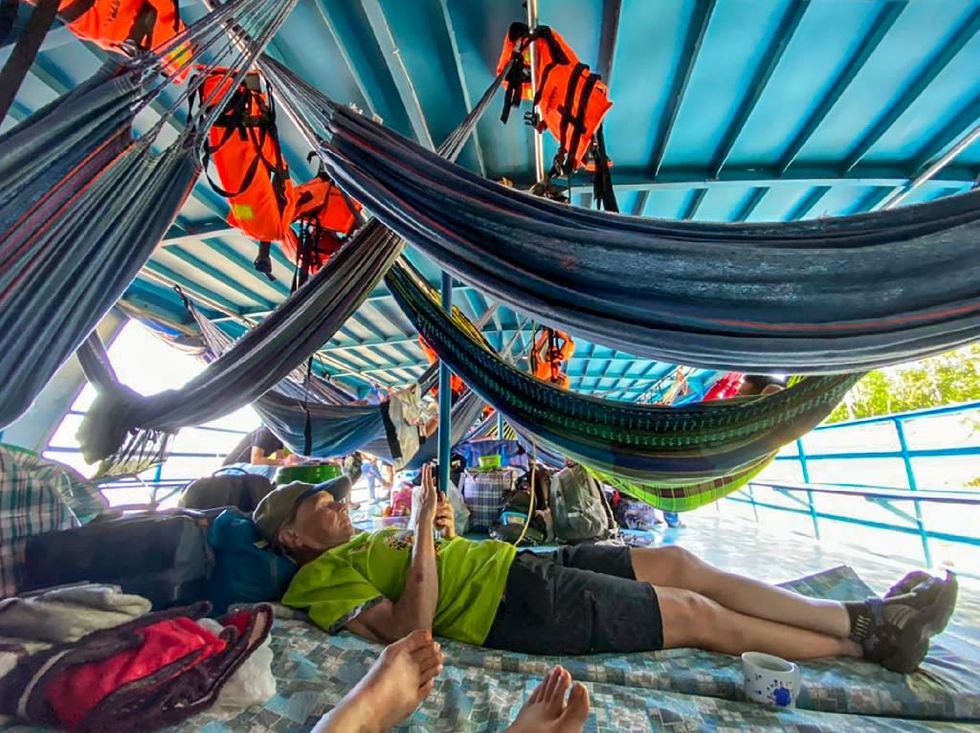 More than 100 foreign and local tourists were taken hostage on a riverboat in the Peruvian Amazon, and freed 28 hours later

Lima (AFP) - Members of an Indigenous group on Friday freed more than 100 tourists whom they had abducted in the Peruvian Amazon a day earlier to protest what they called government inaction after an oil spill, officials said.

The group of detained tourists -- some 27 from the United States, Spain, France, Britain, Switzerland and 80 from Peru itself -- included several children.

"They are already returning to their places of origin," Tourism Minister Roberto Sanchez told reporters in Lima.

Travelling on a river boat, the tourists were kidnapped Thursday by members of the Cuninico community pressing for government intervention following a September 16 spill of 2,500 tons of crude oil into the Cuninico river.

Community leader Watson Trujillo said Thursday the community took the "radical measure" to try to convince the government to send a delegation to assess the environmental damage to a region home to about 2,500 Indigenous people.

On Friday, the office of Peru's human rights ombudsman said negotiations had led to the Cuninico "accepting our request to release" the tourists.

"They are freeing us all," Angela Ramirez, a Peruvian cyclist who was among the tourists, later told AFP via WhatsApp.

She added there had been "a lot of anxiety, much fatigue" as the group awaited news on their fate and slowly started running out of water and food during the 28-hour ordeal.

The September spill was caused by a rupture in the Norperuano oil pipeline owned by state-owned Petroperu to transport crude oil from the Amazon region to the ports of Piura, on the coast.

According to Petroperu, the spill was the result of an intentional 21-centimeter cut in the pipeline pipe.