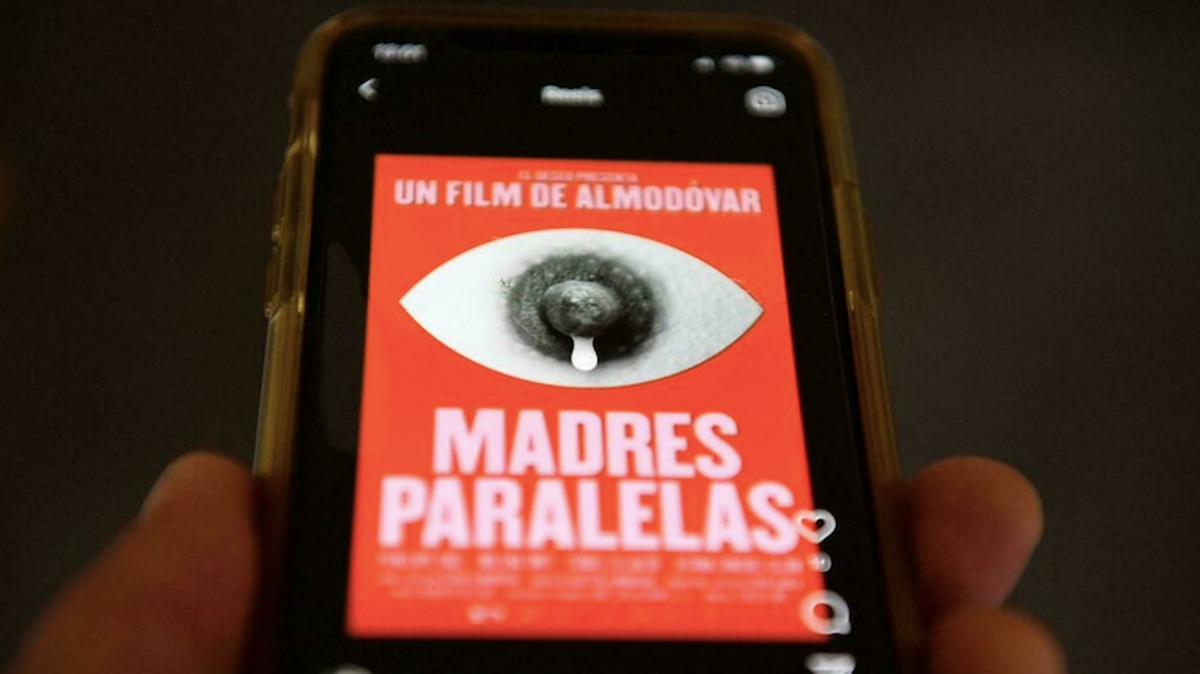 The photo-sharing social network Instagram apologised Wednesday after removing images of a poster for Oscar-winning Spanish film-maker Pedro Almodovar's new film, which shows a nipple with a drop of milk.

"We initially removed several instances of this image for breaking our rules against nudity," a Facebook company spokesperson told AFP

"We do, however, make exceptions to allow nudity in certain circumstances, which includes when there's clear artistic context.

Spanish designer Javier Jaen, who created the poster, had hit out in a post on the network saying: "You should be ashamed of yourselves, Instagram."

He accompanied the text with a screen grab of a message he received from Instagram on Monday stating that the image had been taken down because it violated the network's rules.

The poster for "Parallel Mothers" shows a black and white close-up image of a nipple with a drop of milk that simulates a crying eye and is set against a red backdrop.

A robust online debate saw some defending the image as artistic while others said it was "too explicit".

Instagram is regularly accused of being overzealous in removing pictures involving nudity.

Contacted by AFP, Almodovar's production company had declined to comment.

But the Facebook spokesperson explained that nudity policy has evolved and become more nuanced, allowing exceptions, including breastfeeding, nudity in protest and different forms of art.