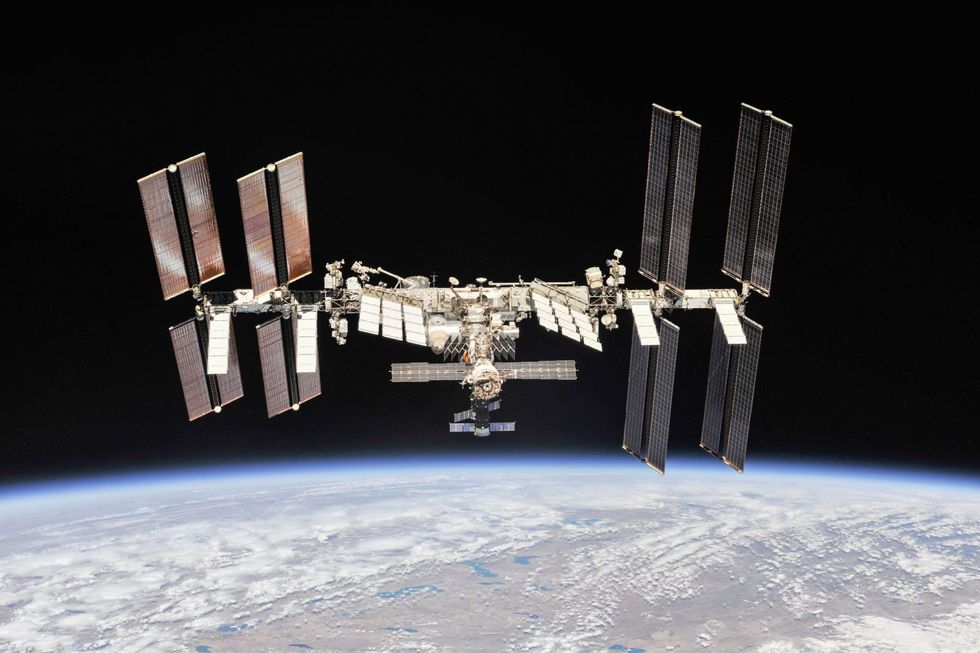 A general view of the International Space Station (ISS) orbiting Earth. ISS will be forced to undertake an unplanned evasive manoeuvre on Saturday to avoid colliding with space debris. NASA/dpa

The International Space Station (ISS) was forced to undertake an unplanned evasive manoeuvre on Saturday to avoid colliding with space debris.

The engines of the spaceship Progress MS-18 were turned on for 10 minutes, accelerating the ISS and lifting it 1.8 kilometres, according to Russian space agency Roscosmos. The Progress MS-18, which is used to resupply the ISS, is currently docked at the station.

The ISS is now flying at a height of 414 kilometres above the Earth after successfully completing the manoeuvre, Roscosmos said on Telegram. The maximum height the space station is permitted to orbit the Earth is just over 438 kilometres.

Debris is a growing problem for space travel. The ISS regularly needs to dodge objects flying as a collision could destroy it.

In November the ISS crew had to seek shelter in two space ships that were docked at the station after the Russian military destroyed a disused satellite. Fragments threatened to collide with the ISS, but in the end no harm was done.