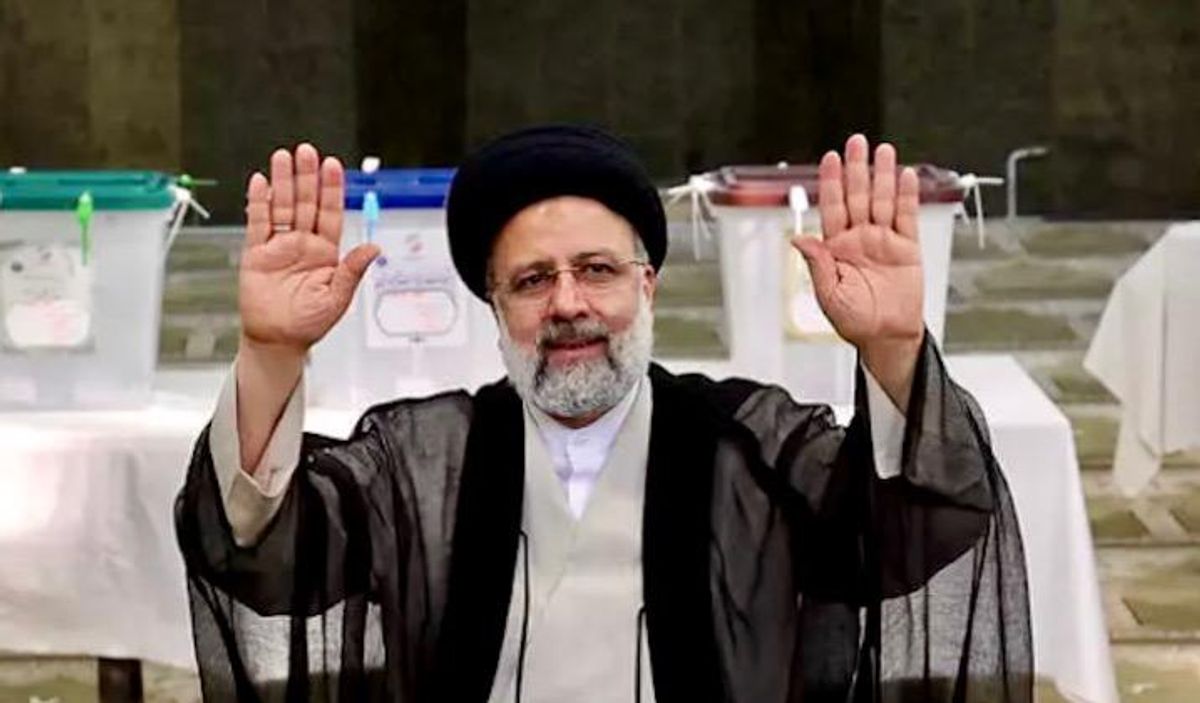 Iran's President-elect Ebrahim Raisi ruled out on Monday a meeting with US President Joe Biden but said there were "no obstacles" to resuming diplomatic relations with Saudi Arabia, Shia Iran's Sunni arch-rival, which have been severed for five years. Raisi added that he will not allow nuclear negotiations for the sake of negotiations, in his first news conference since winning election last week.

Raisi, 60, won Friday's election in which more than half the voters stayed away after many political heavyweights had been barred from running and as an economic crisis driven by US sanctions has battered the country.

Raisi, an ultraconservative cleric who heads Iran's judiciary, will replace moderate President Hassan Rouhani -- whose landmark achievement was a 2015 nuclear deal between Iran and world powers -- in August.

"Any negotiations that guarantee national interests will certainly be supported, but... we will not allow negotiations to be for negotiations' sake," Raisi said of the nuclear talks.

"Any meeting must produce a result... for the Iranian nation," he added.

The 2015 deal saw Iran accept curbs on its nuclear capabilities in return for an easing of sanctions, but former US president Donald Trump unilaterally withdrew three years later and ramped up sanctions, prompting the Islamic republic to pull back from its nuclear commitments.

Trump's successor Biden has signalled his readiness to return to the deal and state parties -- also including Britain, China, France, Germany and Russia -- have lately been negotiating its revival in Vienna.

EU negotiator Enrique Mora said on Sunday that those involved in the talks were "closer" to saving the Iran nuclear deal but that sticking points remain.

'No' to Biden meet

An austere figure from the Shiite Muslim clerical establishment, Raisi smiled and raised his hands as he arrived for Monday's press conference.

Raisi said he has no intentions of meeting Biden.

"No," was his flat response to a question from an American media outlet on whether he they would meet in the event the talks lead to the US lifting sanctions on Iran, and to try and "fix" the issues between the two arch enemies.

Ties between Iran and Saudi Arabia were cut in 2016 after Iranian protesters attacked Saudi diplomatic missions following the kingdom's execution of a revered Shiite cleric.

The two sides are reported to have been engaged in talks hosted by Baghdad since April to improve relations.

Raisi, who is subject to US sanctions imposed over the executions of political prisoners in 1988, has in the past denied he played a role in the killings.

"All that I have done through my years of service has always been towards defending human rights," said the Iranian president-elect, while accusing the west of violating human rights.

His victory had been widely anticipated after the Guardian Council, made up of 12 clerics and jurists, had approved just seven candidates, all men, out of a field of almost 600 hopefuls.

Three of those vetted candidates dropped out two days before the vote.

Raisi said there was a "massive" voter turnout in Friday's election.

"This meaningful presence of the people, their massive presence, came about despite the coronavirus situation, despite the many enmities and psychological warfare of the Iranian nation's enemies," he said.

Participation had been expected to be low in a country where many have been demoralised by years of painful economic crisis that was brought on by a crippling US sanctions regime and worsened by the Covid-19 pandemic.