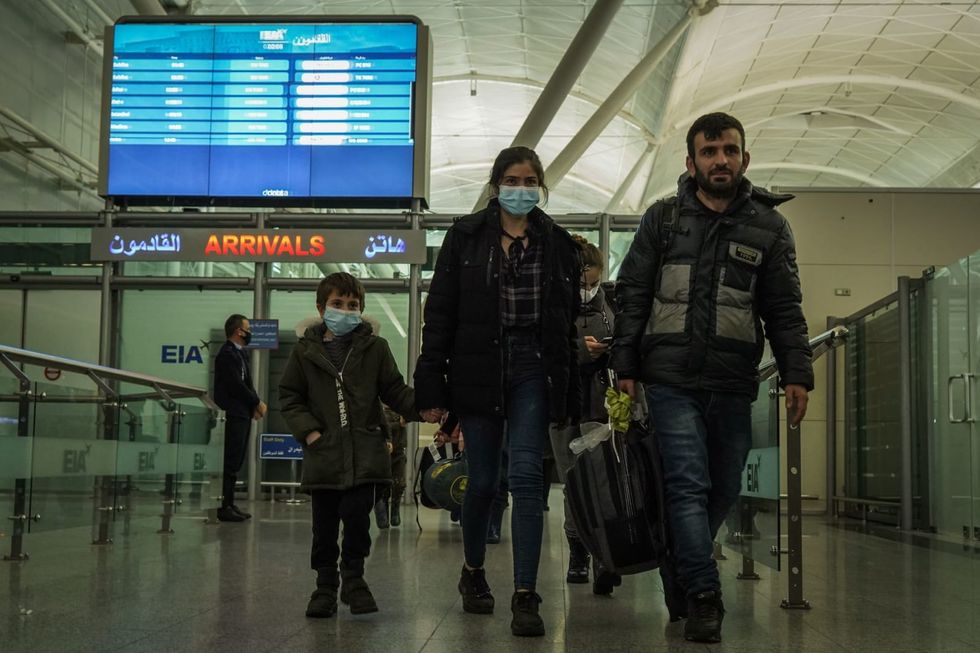 Iraqi migrants, who were stranded for weeks along the Polish-Belarusian borders, walk through the arrivals terminal at Erbil International Airport, after arriving on board a repatriation flight sent by the Iraqi government. Ismael Adnan/dpa

On Saturday, another Iraqi Airways plane took off from the capital Minsk for Erbil, the Belarusian airport announced on its website. On board the Boeing 747-400 were 419 people, including four children.

In the past few weeks, more than 2,000 people have already been flown out, according to Belarusian sources.

However, many people are still staying in an emergency shelter in a logistics centre in Brusgi on the Polish border.

The state news agency Belta published pictures from there on Saturday showing children with posters in the snow asking Pope Francis for help.

For weeks, thousands of migrants and refugees have been trying to cross the European Union's external borders from Belarus to Poland or the Baltic states.

The EU accuses Belarusian ruler Alexander Lukashenko of deliberately flying people from crisis regions into Minsk in order to smuggle them into the EU and thus destabilize the situation in the West. EU states have erected barbed wire fences to stop the migrants.

According to the Polish border guard on Saturday, there had been 62 attempts to cross the border into the EU the previous day. Four people had been arrested, the authority announced on Twitter.