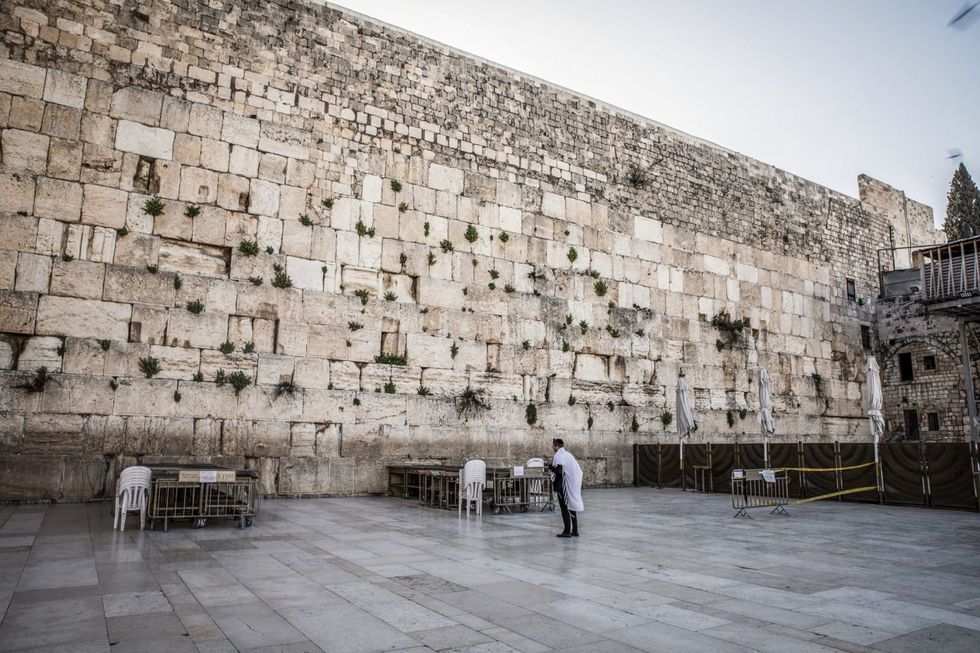 The Wailing Wall in Jerusalem was largely empty throughout periods of lockdown in Israel, but following the country's rapid vaccination programme, worshipper and other visitor numbers have picked up again. Ilia Yefimovich/dpa

A newly developed visitor route through the Wailing Wall tunnel has opened to visitors in Jerusalem, as part of hopes that Israel's tourism industry will come back to life with the help of its leading vaccination figures.

The new tour offers insight into, among other things, a magnificent public building from the Second Temple period that was discovered during excavations in the wall's tunnels. Visitors can currently gain access by guided tour only.

However the opening also comes as coronavirus infection rates across Israel have surged, with health authorities reporting their highest figures in more than half a year and preparing for crowded hospitals.

Israel, which had practically sealed itself off after the start of the pandemic, first began allowing allowing vaccinated tourists in limited numbers in May in a first opening step. Tourism is a big industry in Israel and took a hit in the pandemic.

There used to be two Jewish temples on the Temple Mount, the last of which was destroyed by the Romans in 70. The Wailing Wall is a remnant of that destroyed temple and the holiest site of the Jews.

The Wailing Wall is located at the foot of the Temple Mount, which is considered a sacred site by Jews, Muslims and Christians.