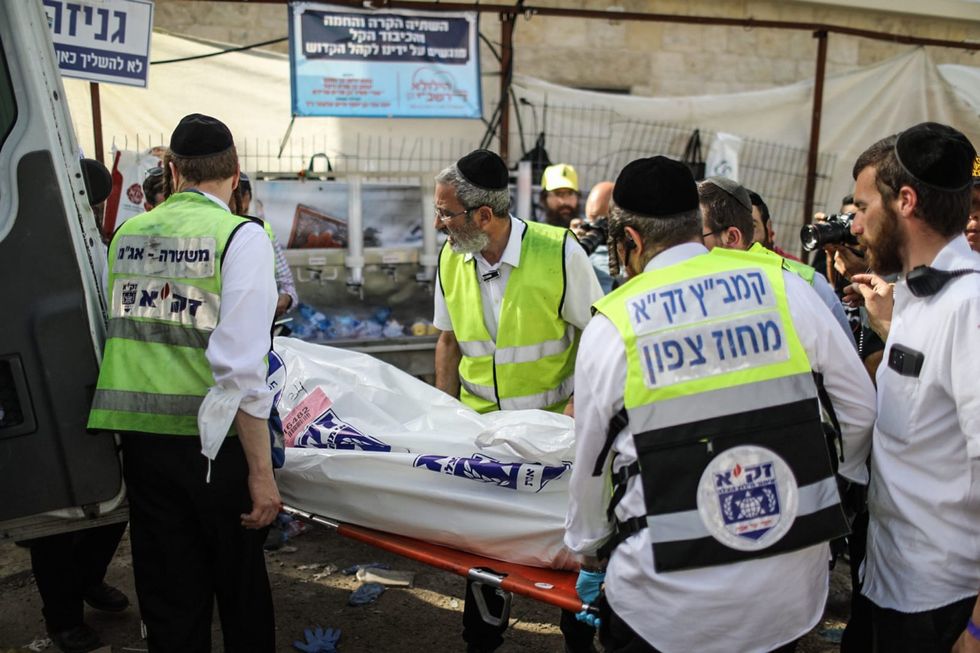 Dozens killed at Jewish religious pilgrimage in Israel - Israeli rescue workers carry a body of a victim into an ambulance, at the Jewish Orthodox pilgrimage site of Mount Meron, where dozens of worshippers were killed in a stampede during the Jewish religious festival of Lag Ba'Omer in northern Israel. - Ilia Yefimovich/dpa

The stampede that killed 44 people at an Israeli religious festival is a "national catastrophe," a spokesman for Israel's emergency rescue service Zaka said ON Friday.

"44 people who wanted to experience joy and they come back in body bags," he said.

"44 families for whom the world is collapsing. We cannot simply go back to business as usual now."

The identification of victims began on Friday morning, as local media reported people were still looking for missing relatives.

It is expected that many of the victims will be buried during the day - before the start of Shabbat, the Jewish day of rest.