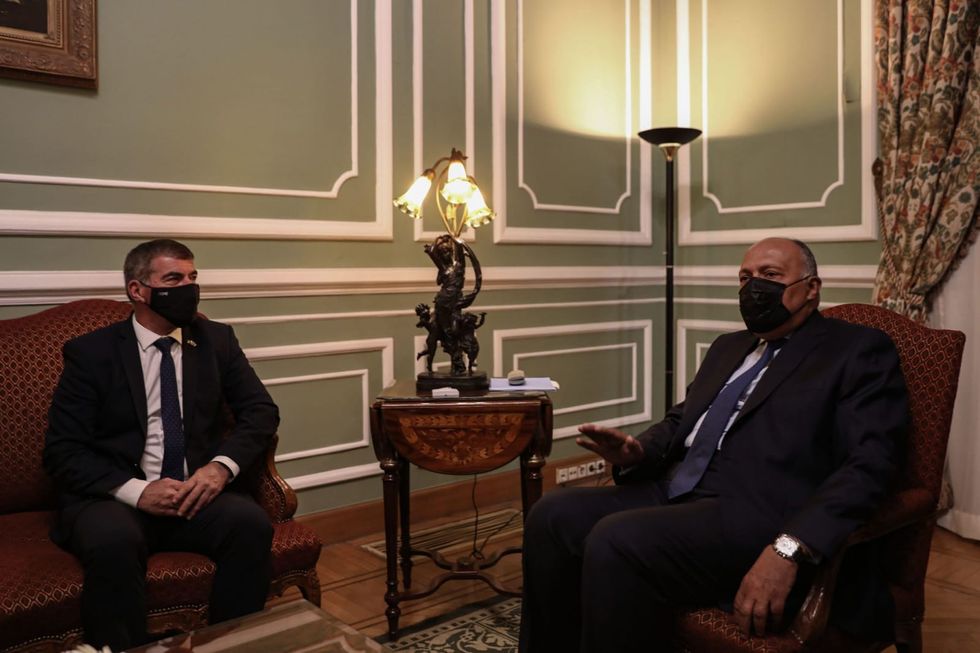 Israeli Foreign Minister Gabi Ashkenazi arrived on Sunday in Cairo for talks with senior Egyptian officials on supporting a ceasefire in place between Israel and the Gaza Strip’s ruling Islamist Hamas group.

The trip is the first formal visit by an Israeli foreign minister to Egypt in nearly 13 years.

Ashkenazi is due to meet with his Egyptian counterpart Sameh Shoukri.

Ashkenazi said he would discuss in Egypt a permanent ceasefire with Hamas and the rebuilding of Gaza that was largely devastated during 11 days of bloody fighting with Israel earlier this month.

A ceasefire, mediated by Egypt, has been holding between Israel and Gaza’s factions since May 21.

“We will discuss establishing a permanent ceasefire with #Hamas, a mechanism for providing humanitarian aid & the reconstruction of #Gaza with a pivotal role played by the intl. community,” he said on Twitter.

He added that Israel is “fully committed” to the return of its soldiers being held by Hamas.

Egypt was the first Arab country to recognize Israel in 1979.

Egypt, which borders Gaza, has mediated in the Palestinian-Israeli conflict on several occasions.