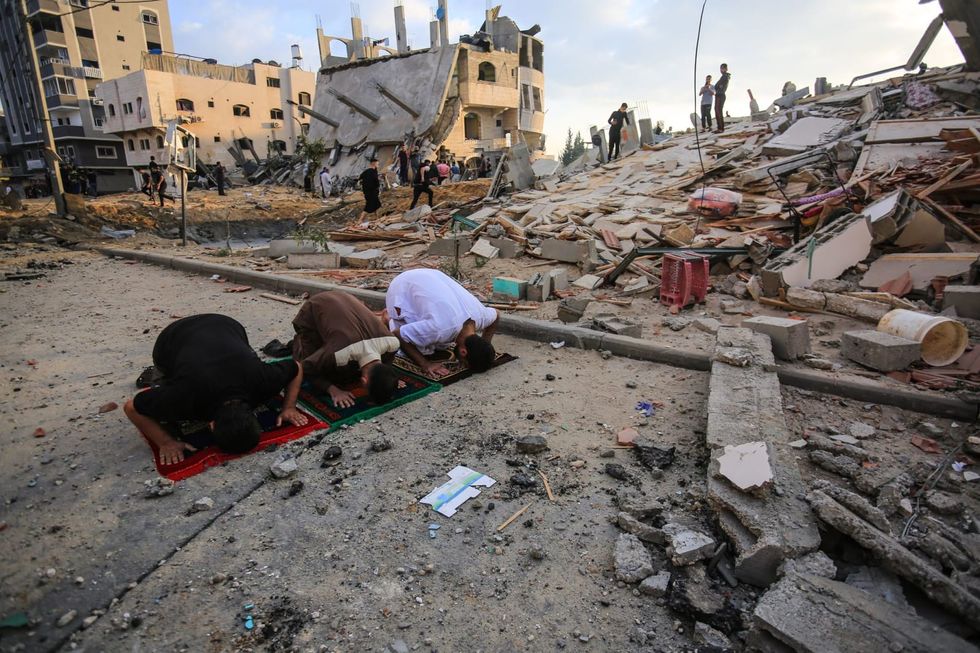 Israeli airstrikes on Gaza - Palestinian men pray near destroyed buildings on the northern Gaza Strip town of Beit Lahia after it was hit by an Israeli airstrike early in the morning, amid the escalating flare-up of Israeli-Palestinian violence. - Mahmoud Khattab/Quds Net News via ZUMA Wire/dpa

The site was used as the organization's main military observation centre, according to Israel.

Dozens of Hamas members were present at the time of the attack, the military said, without adding if anyone was killed.

Palestinian militants continue to launch rockets from Gaza and Israel keeps unleashing new airstrikes against them.

According to an army spokesman, seven people have been killed by shelling in Israel so far. In the Gaza Strip, 83 people have died, according to the Health Ministry there.