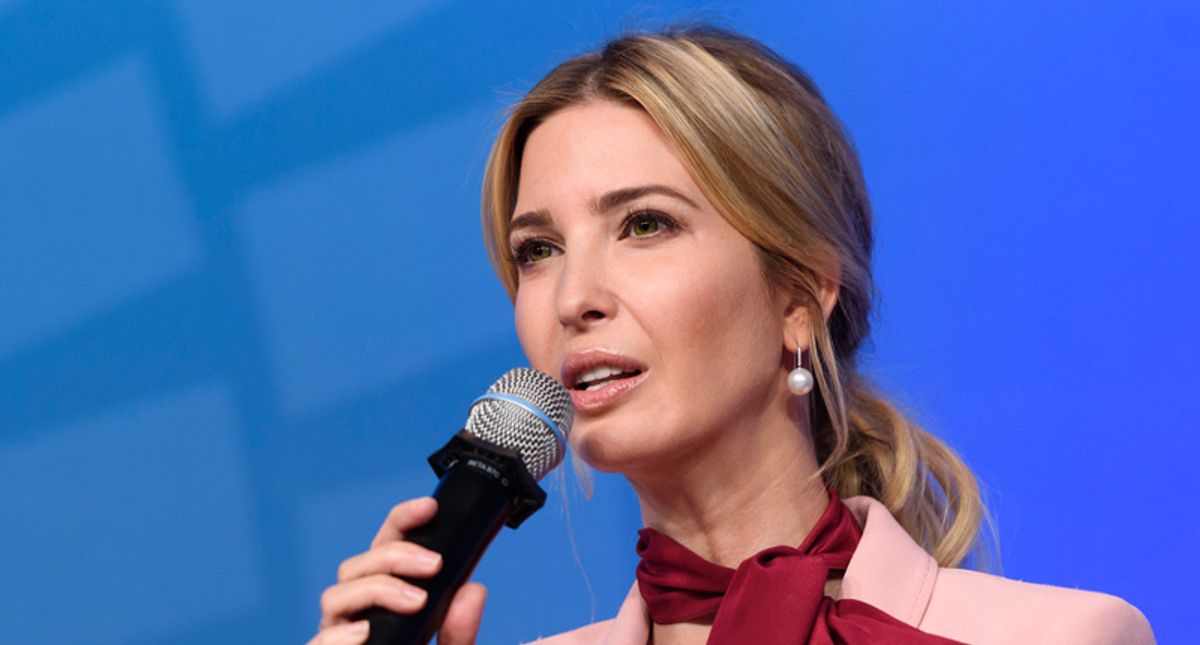 On Friday, CNN reported that Ivanka is unhappy that the final days of the Trump administration -- specifically the riot at the U.S. Capitol incited by the president -- will haunt her political future.

According to CNN's Kate Bennett, the images of far-right extremists wearing Trump apparel battling with Capitol police will likely reflect badly upon her.

"That has Jared Kushner and Ivanka Trump in a bit of a panic as they look to their future. I talked to a lot of sources today who say they're questioning everything now, from where they're going to live after the White House to what their careers will be," Bennett reported.

Echoing that, Politico is reporting, "When Donald Trump incited a mob riot on Capitol Hill last week, he didn't just complicate his own political future— he scrambled the political career arcs of his kids as well."

While Don Jr. has been vague about his future plans in politics -- including floating the idea of running the Republican National Committee -- Ivanka's path, coupled with her plans to live in Florida, seems a bit more clear.

As Politico notes, husband Kushner has been "working single-mindedly to protect and promote his wife's 'political career,'" while Trump associate Tom Barrack -- who worked with Ivanka on Trump's 2016 inauguration -- has been working the phones.

"He's calling people and trying to line them up saying Rubio is terrible, worthless, he's probably going to lose, Ivanka is going to go there and we should all get together and pledge our support to her and get her to run," one GOP fundraiser admitted.

Politico reports, "American politics has seen its share of family dynasties before. And though Donald Trump's standing may have taken a hit by his handling of his election loss — which included inciting a riot that led to violence on Capitol Hill, his ouster from major social media platforms, resignations from his Cabinet, public disgust from party leaders and his second impeachment — public polling still shows that his name remains the most dominant in Republican circles. Virtually everyone expects that to transfer to his children."

One GOP consultant claimed the Trump "brand" may be irreparably damaged and too big of a roadblock for Ivanka to be successful as a candidate.

"Their brand was certainly stained and it's a stain we'll never be able to erase," the GOP strategist confided. "At the same time, the name of the game is winning a primary and someone with the last name of Trump could win."

The Politico report adds, "But running in theory is different from running in practice. In Florida, Rubio's standing has been considered largely stable up to this point. The senator was trashed by hardcore Trump supporters for his vote that certified the Electoral College results. But those close to him said he was expecting far worse. They also point to his solid support in Miami-Dade County, Florida's most-populous, where 74 percent of the GOP voters are Hispanic and overwhelmingly Cuban-American like Rubio."