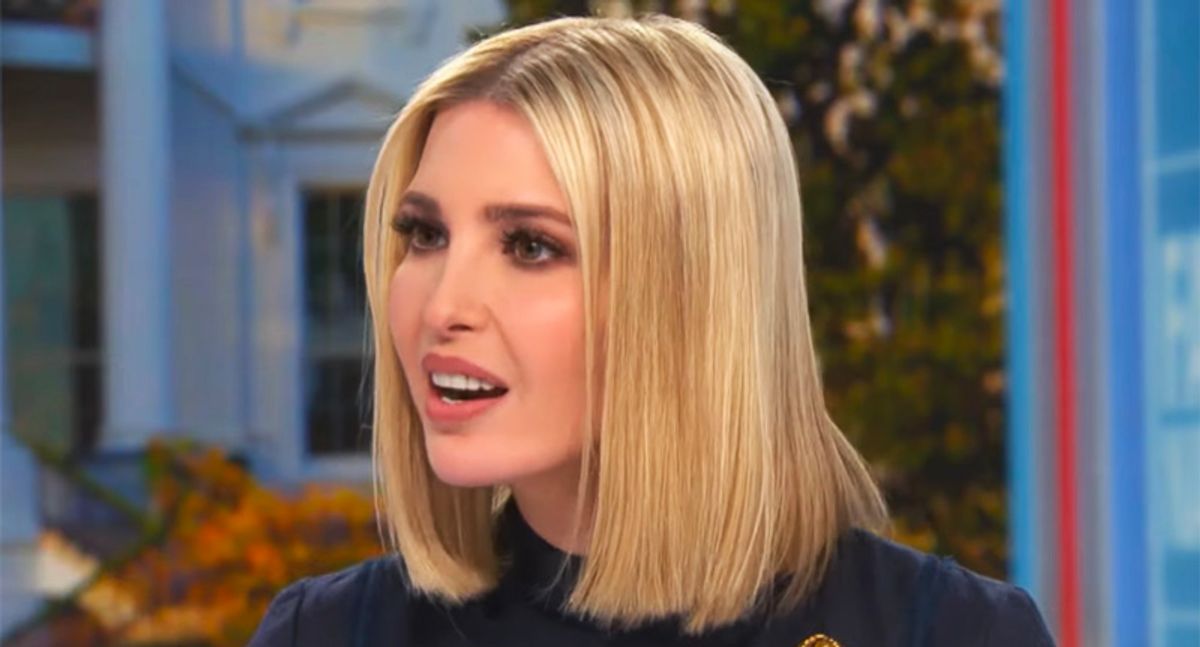 Former First Daughter and advisor to the president Ivanka Trump chose an anti-LGBTQ prosperity gospel preacher as her partner in her first public appearance since leaving the White House. Trump joined with Paula White, who has been called a "charlatan" by well-known Christian ethicist and theologian Russell D. Moore, to hand out boxes of food in a program she trumpeted while at the White House.

That program, called "Farmers to Families," provides federally-funded food to families in need during the coronavirus crisis. President Donald Trump used it to promote himself and his campaign, mandating the USDA include a letter signed by him telling recipients he was responsible for the food in the boxes. The letters, which raised legal and ethics questions, were printed in English on one side and Spanish on the other.

White, a former megachurch pastor, chaired Donald Trump's evangelical advisory board and was considered a personal spiritual advisor for the now-former president.

"The people that [Donald] Trump has so far identified as his evangelical outreach are mostly prosperity gospel types, which are considered by mainstream evangelicals to be heretics," Moore, president of the Ethics and Religious Liberty Commission of the Southern Baptist Convention, told Politico in 2015.

Ivanka Trump, who tweeted out on January 6 that the domestic terrorists attacking the Capitol in a Trump-incited insurrection were "American Patriots," before deleting the post, has long been rumored to be interested in running for elected office.

Presidential spiritual adviser Paula White declares that "it's not okay to have an abortion, it's not okay to marry the same sex." pic.twitter.com/al5wM5Tp6P
— Right Wing Watch (@RightWingWatch) July 20, 2020