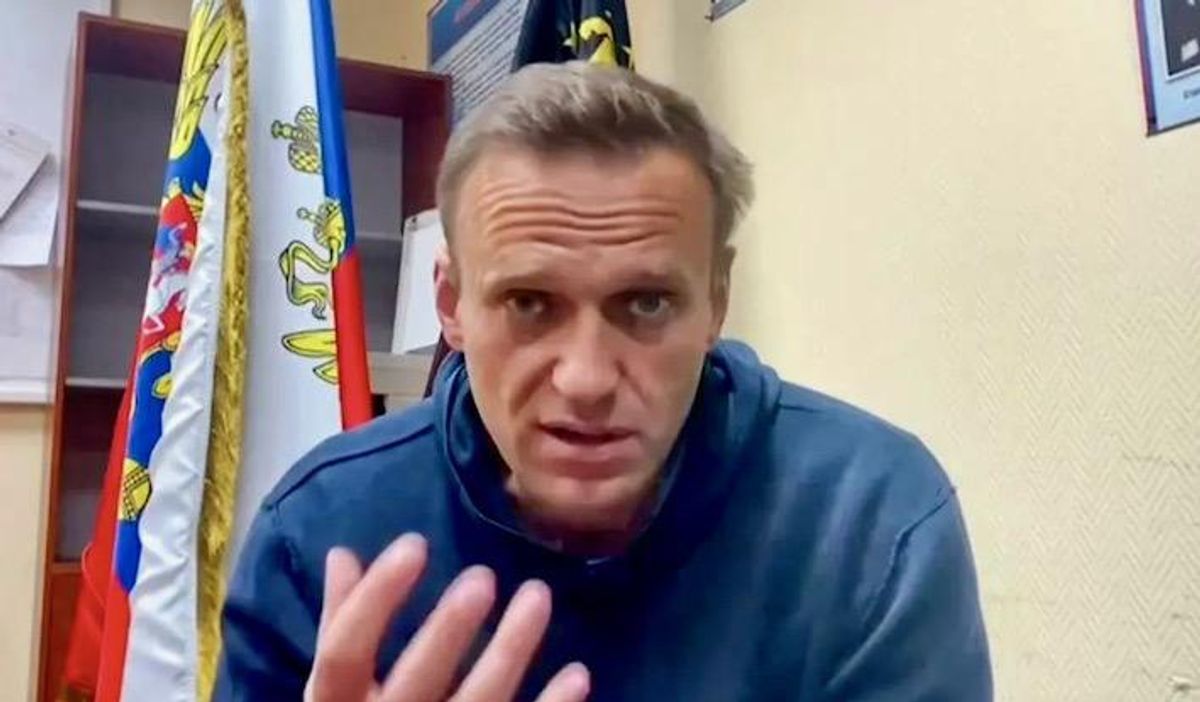 The health of Kremlin critic Alexei Navalny is deteriorating as he keeps up his hunger strike in prison, his lawyers said Wednesday, with US President Joe Biden's administration saying it is "disturbed" by the reports.

Last Wednesday President Vladimir Putin's most prominent opponent, who is serving two and a half years on embezzlement charges, launched a hunger strike to demand proper medical treatment for severe back pain and numbness in his legs.

Members of Navalny's defence team, who visited him in his penal colony in the town of Pokrov 100 kilometres (60 miles) east of Moscow on Wednesday, said he is now losing sensation in his hands and is coughing while still refusing food.

"No one is going to treat him," Mikhailova added.

Navalny's lawyers and allies are demanding that he be transferred to a "normal" hospital but Kremlin spokesman Dmitry Peskov has said that Navalny is not entitled to any special treatment.

Another member of the opposition politician's team, Vadim Kobzev, said that 44-year-old Navalny was losing a kilogramme a day.

Taking to Twitter, Kobzev said Navalny felt pain when he walked and was now also feeling a numbness in his hands in addition to back pain and a loss of sensation in his legs.

"It's clear that his illness is getting worse."

In Washington, White House Press Secretary Jen Psaki said: "We are disturbed by reports that Mr Navalny's health is worsening."

Russia's treatment of Navalny is one of many sticking points between the new Biden administration and the Kremlin, along with concerns about Moscow's actions in Ukraine, alleged interference in US elections and purported bounties on US troops in Afghanistan.

The tough approach is in contrast to that of former president Donald Trump, who voiced admiration for his counterpart Putin even as his administration kept adding sanctions.

After his lawyers' visit, Navalny released a new post on Instagram, saying prison officials were putting candy in his pockets and frying chicken to taunt him.

He said officials still refused to tell him his diagnosis and were not allowing him to be treated by a doctor of his choice.

Navalny said tens of thousands of people -- both inside and outside of Russian prisons -- are "literally dying without medical help" and that thought increased his resolve.

"And I immediately win this epic battle in which my spirit is standing up to the prison chicken," he quipped.

Earlier this week, Navalny said he had a cough and fever and that three members of his prison unit had been hospitalised with tuberculosis.

Navalny was arrested in January after returning from Germany, where he spent months recovering from a poisoning attack with Novichok nerve agent he blames on the Kremlin.

He is serving a two-and-a-half year sentence for breaching the parole terms of a suspended sentence on old fraud charges.

Rights campaigners say the Pokrov penal colony is known for its especially harsh conditions, and Navalny himself has called it a "concentration camp."