Japan decides to dump Fukushima water into sea despite opposition 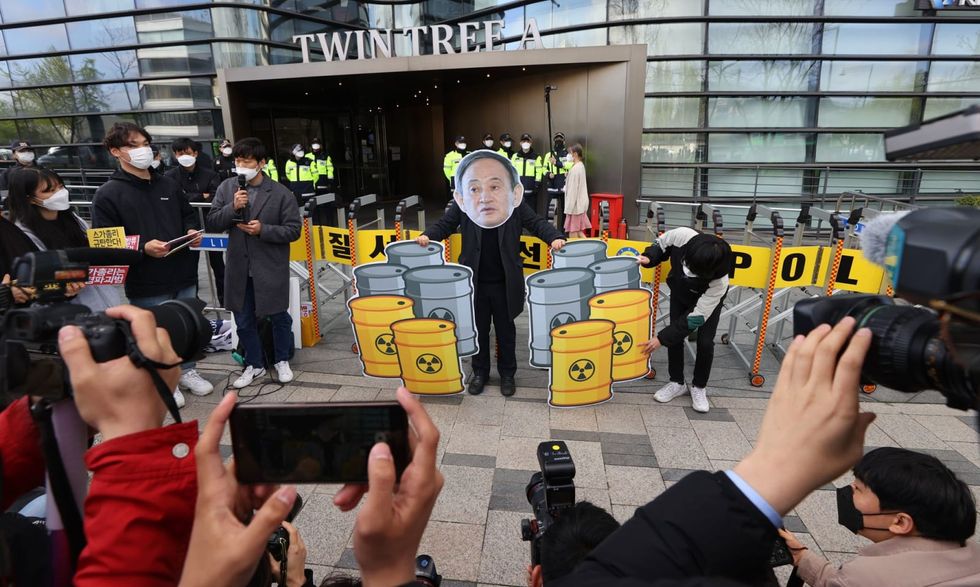 Japan has decided it will start releasing radioactive water accumulated at the damaged Fukushima nuclear plant into the sea after treatment, despite local opposition and concerns from neighbouring countries.

Prime Minister Yoshihide Suga’s cabinet made the decision on Tuesday morning, which comes a decade after the nation’s worst atomic disaster at the Fukushima Daiichi Nuclear Power Station.

The operator Tokyo Electric Power is expected to start discharging the water into the sea in two years.

The operator has stored over 1.2 million tons of water in more than 1,000 huge tanks at the site. The operator said the space for tanks will be running out in 2022, though local officials and some experts say otherwise.

The plant suffered meltdowns at three of its six reactors after it was hit by a powerful earthquake and ensuing tsunami in March 2011.

Since then, the operator has continued to inject water into the three reactors to keep cooling melted atomic fuel there.

Radiation-contaminated water at the site has been treated through an advanced liquid processing system, but tritium - a radioactive isotope of hydrogen - cannot be removed from the water.

The government and the operator say tritium is not harmful to human health in low concentration.

However, Tokyo-based Citizens’ Commission on Nuclear Energy said in a statement that the government "should strictly avoid releasing tritium into the environment as tritium is still radioactive material."

The government’s decision invited criticism and strong opposition at home and abroad.

Hiroshi Kishi, head of the Japan Fisheries Cooperatives, said the release is "totally unacceptable. We lodge a strong protest [with the government]."

Kishi held talks with Suga last week ahead of the decision, telling the premier the group was "absolutely against" the move.

Citizens groups and some experts criticized the Japanese government for lacking explanation of the plan and consensus-building efforts.

Greenpeace Japan said the group "strongly condemns" the government’s decision as it "completely disregards the human rights and interests of the people in Fukushima, wider Japan and the Asia-Pacific region."

China expressed concerns on Monday in anticipation of the decision.

"China has expressed grave concern to the Japanese side through the diplomatic channel, urging Japan to handle the issue of wastewater disposal from the Fukushima nuclear power plant in a prudent and responsible manner," Beijing's Foreign Ministry spokesman Zhao Lijian said.

The US State Department, however, issued a statement saying Japan "has been transparent about its decision, and appears to have adopted an approach in accordance with globally accepted nuclear safety standards."