Japan seeks restrictions on US troops after virus surge 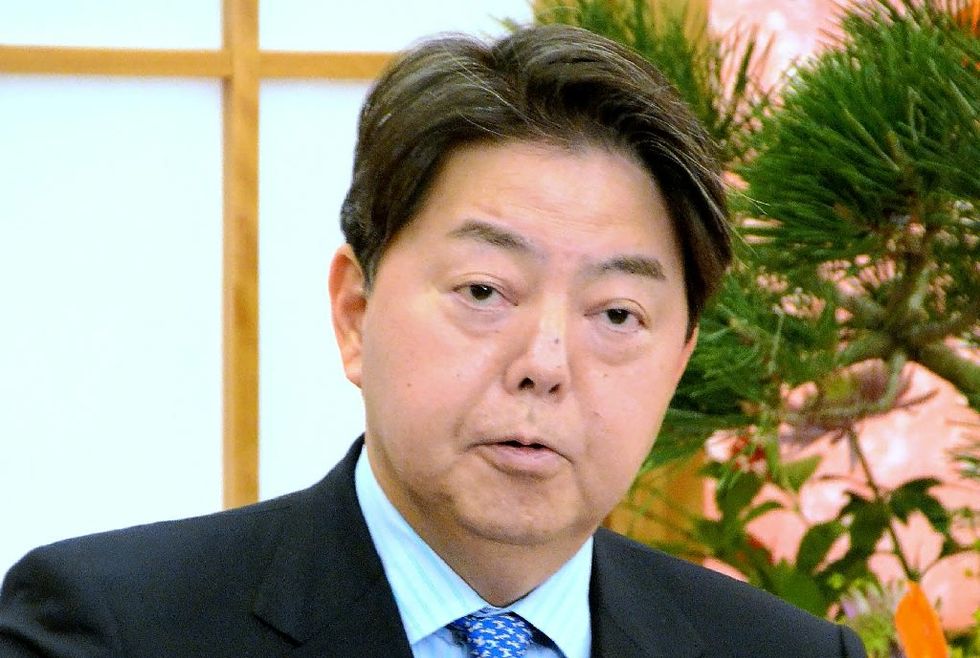 Tokyo (AFP) - Japan's Foreign Minister Yoshimasa Hayashi urged his US counterpart Thursday to consider restricting American troop movement in the country after a surge in Covid cases on bases and surrounding communities.

The request to US Secretary of State Antony Blinken comes as virus cases surge in Okinawa, which hosts most of the US forces in Japan and is now seeing a rise in community infections.

The region's governor has blamed the rise in local cases on the clusters first seen among US troops.

In a call with Blinken, Hayashi "strongly requested the strengthening of measures to prevent an expansion in infections", Japan's foreign ministry said in a statement.

Hayashi called on Blinken to "consider restricting outings (by US troops) to ease worries among local residents, given the situation of coronavirus infections among US forces in Japan", the statement added.

There were more than 400 Covid cases reported on US bases in Okinawa on January 4, Japan's government said Wednesday.

Okinawa governor Denny Tamaki has criticised the US military for failing to adhere to Japan's strict measures for overseas arrivals, and last month Hayashi expressed "strong regret" to the commander of US forces in Japan over the growing number of virus cases.

Hayashi said then that the US military was not adhering with Japan's policy of testing incoming travellers for the virus on arrival, and requiring them to quarantine for two weeks.

Since the complaint, US soldiers are now being tested within 24 hours of arrival, according to Japan's government.

Infections among US force members are not included in Okinawa's daily case reports, although cases among local Japanese staff at US bases are.

US bases in other parts of Japan have also reported a surge in infections in recent weeks.

Overall, Japan's infection rate remains comparatively low, with just over 2,600 cases reported nationwide on Wednesday. But the numbers are rising, and Wednesday marked the first time that more than 2,000 cases have been reported in Japan since October.

The foreign ministry said Blinken acknowledged Hayashi's concerns and promised to convey them to the US defence department.

Hayashi and Blinken also "confirmed continuing close Japan-US cooperation" on the issues of North Korea and Ukraine, the ministry said.

"Blinken condemned (North Korea)'s ballistic missile launch and stressed US commitment to the defence of Japan remains ironclad," the US Department of State said in a statement.

School refused to stop bullying of Black teen who 'wanted to become white' so it would stop: lawsuit

On Wednesday, WDIV reported that a Black family is suing the Croswell-Lexington School District in Michigan for failing to intervene against a pattern of racist abuse and harassment against their daughter.

"They’re claiming their Black daughter was repeatedly harassed and threatened because of her skin color," reported Mara MacDonald and Brandon Carr. "'She begged me, begged me to turn white,' said her mother, April Malick. 'It was heartbreaking.' That was the breaking point for April and Rob Malick. Their 14-year-old adopted daughter, who is Black, had been subjected to months of harassment and threats of violence at Croswell-Lexington High School, according to a federal lawsuit filed against the district."