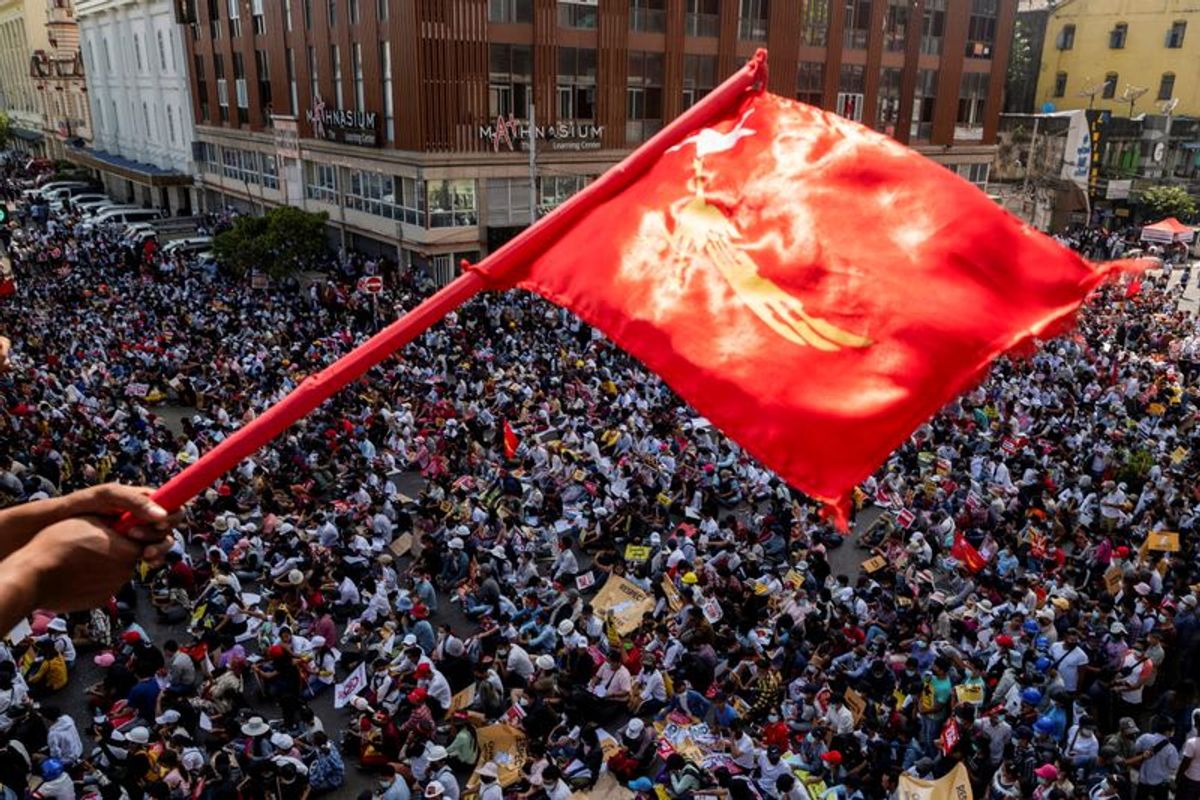 TOKYO (Reuters) - A group of journalists in Japan called on Myanmar's junta on Tuesday to free a colleague, Yuki Kitazumi, detained in Yangon following a crackdown on media amid ongoing protests against the military overthrow of an elected government.

"We want the junta to stop oppressing the citizens of Myanmar, and we seek the swift release of the many detained journalists, including Kitazumi, who strive to tell the truth," Isoko Mochizuki, a fellow journalist and long-time friend of Kitazumi, told a news conference.

The group of journalists started an online petition on Monday addressed to Myanmar's junta and the Japanese government calling for Kitazumi's release. So far about 2,000 people have signed the petition.

The journalists have asked the Japanese government to apply more pressure on the Myanmar authorities to free Kitazumi, who was detained on Sunday evening by the military outside his home in Yangon for allegedly "spreading falsehoods".

"It doesn't feel at all like the Japanese government is putting enough pressure onto Myanmar," Kanae Doi, director of Human Rights Watch Japan, told the news conference.

"I hope this becomes a tipping point for Japan to do more," she said, adding that the Japanese government has appeared to tread gently around the issue of what is happening in Myanmar, while the European Union and United States have imposed sanctions on people involved in the coup.

Kitazumi, who runs a media production company, was arrested previously in February while covering protests against the Feb. 1 coup but was released soon afterwards.

According to the Assistance Association for Political Prisoners activist group, 737 people have been killed by security forces in Myanmar since the coup and 3,229 remain in detention.