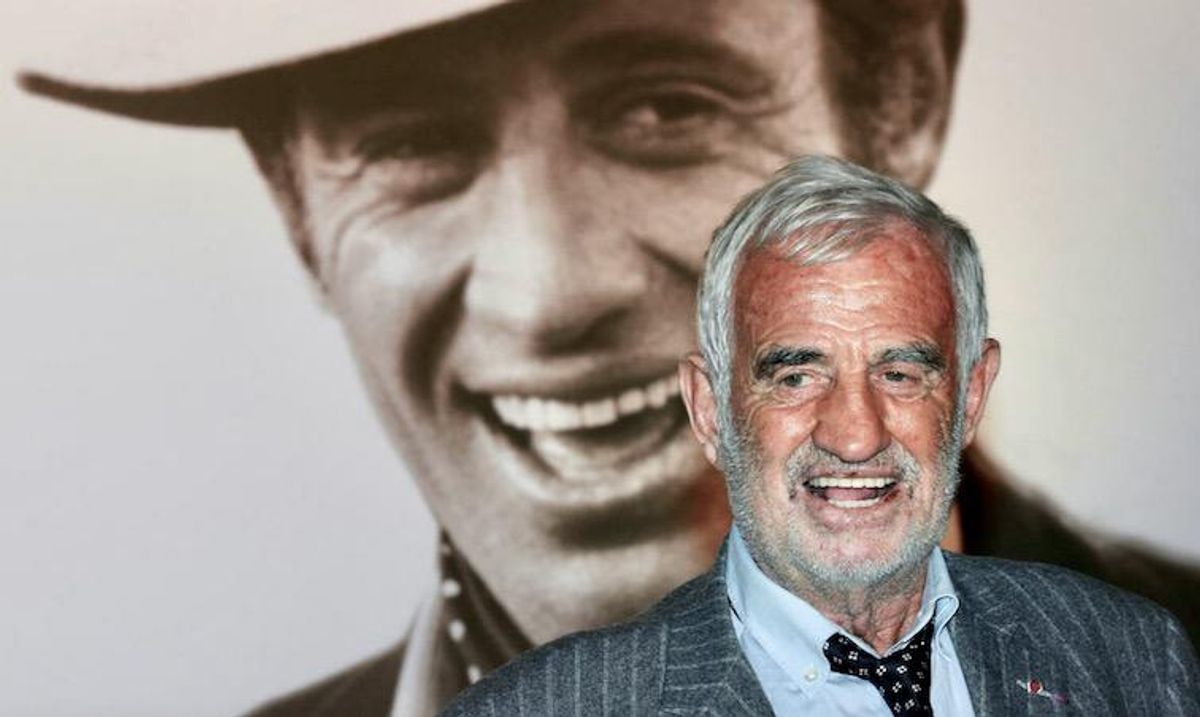 Jean-Paul Belmondo, pictured at a film festival in the French city of Lyon in 2013 PHILIPPE MERLE AFP/File

With his devil-may-care charm, Jean-Paul Belmondo, who has died aged 88, was the poster boy of the New Wave, France's James Dean and Humphrey Bogart rolled into one irresistible man.

With his boxer's physique and broken nose, his restless insouciance chimed with the mould-breaking French cinema of the 1960s.

Director Jean-Luc Godard, the New Wave's brilliant enfant terrible, cast Belmondo in his break-out role as a doomed thug who falls in love with the Jean Seberg's pixie-like American in Paris in "Breathless" (1961).

The film floored critics and audiences worldwide and, with Francois Truffaut's "The 400 Blows", changed the history of cinema.

Time magazine in 1964 declared Belmondo the face of modern France.

"The Tricolour, a snifter of cognac, a flaring hem -– these have been demoted to secondary symbols of France," it said. "The primary symbol is an image of a young man slouching in a cafe chair... he is Jean-Paul Belmondo -– the natural son of the Existentialist conception, standing for everything and nothing at 738 mph."

Yet Belmondo was far from a sauve intellectual and spent most of his career in he-man roles that played on his raw sex appeal.

Despite making his name as a charming gangster, the actor was brought up in the bourgeois Paris suburb of Neuilly-sur-Seine, the son of a renowned sculptor, Paul Belmondo.

Born in 1933, he performed poorly at school during the war but was a talented boxer, winning three straight round-one knockouts in a brief amateur career. He then trained at the National Conservatory of Dramatic Art.

His first foray into cinema in 1957 in the forgettable comedy "On Foot, On Horse and On Wheels", ended up on the cutting-room floor.

But undeterred Belmondo went on to work with some of the most talented directors of his generation, making a trio of films with Godard, and then with Truffaut, Alain Resnais, Louis Malle and Jean-Pierre Melville.

Truffaut described him as "the most complete European actor" of his generation.

The charmer was often cast opposite glamorous women, from Catherine Deneuve and Sophia Loren to Claudia Cardinale in the period romp "Cartouche", and he constantly reworked his persona in diverse roles.

But from the 1970s he took on more bankable action movies in which he performed his own stunts. Swashbuckling comic adventure films and farces such as "Swords of Blood" (1962) and the Oscar-nominated "That Man from Rio" (1964) introduced Belmondo to legions of new fans across the globe.

His enjoyed the mix of arthouse and more box office-friendly fare, saying, "It is like life. One day you laugh, the next you cry."

Belmondo also briefly -- and forgettably -- ventured across the Atlantic for two English-language films, "Is Paris Burning?" in 1966 and the spoof James Bond "Casino Royale" a year later.

In the 1980s Belmondo experimented with more mature dramatic roles, earning a French Oscar, a Cesar, for Claude Lelouch's "Itinerary of a Spoiled Child" in 1988 about a foundling raised in a circus.

But he rejected the prize because the artist who sculpted the statuette, Cesar Baldaccini, had once disparaged the works of his father.

Twice married and twice divorced he also lived with the ex-Bond actress Ursula Andress for seven years. Belmondo had four children including the racing driver, Paul Belmondo, with his youngest born in 2003 when he was 70.

His eldest daughter, Patricia, died in a fire in 1994. Heartbreaker: Belmondo in 1964 alongside US actress Jean Seberg AFP/File

He suffered a stroke in 2001 while on holiday in Corsica, which affected his speech, sparking a huge outpouring of love for the actor.

It effectively put an end to Belmondo's career, though he did make one last touching movie as old man whose only consolation was his dog.

His final relationship with ex-Playboy model Barbara Gandolfi, who was 42 years his junior, ended in scandal in 2012 with her convicted of swindling the actor out of 200,000 euros.

But in 2016 the Venice film festival awarded him a Golden Lion for lifetime's achievement.