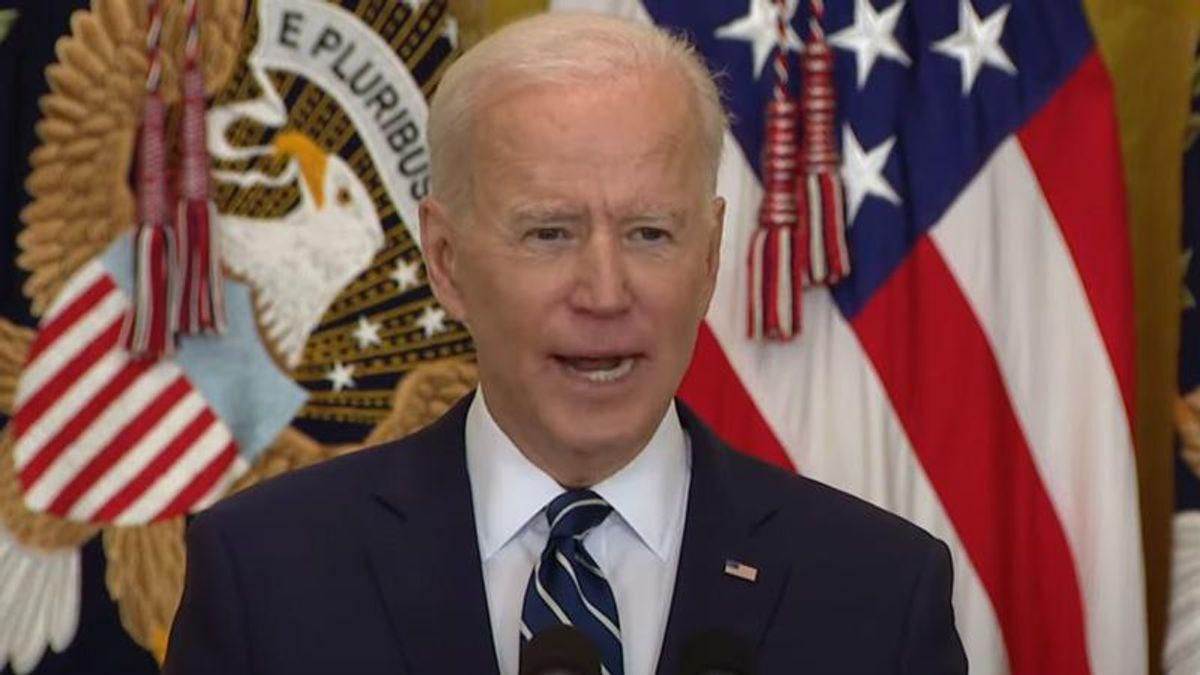 The Washington press corps is bored. How else to explain last week's hype of the president's first press conference? Joe Biden is cleaning up the previous president's messes. The end of the covid pandemic is within ear shot. The Democrats in the United States Congress are shoveling scads of cash into the economy. I guess there's no better time for fluffing anticipation of a White House presser before wasting it.

In this, Columbia Journalism Review's star critic Jon Allsop gets it mostly right. White House reporters acted "on the faulty Trump-era expectation that only the president can make political news," he said. "It would still be good to have more regular presidential pressers, but they're only as useful as the scrutiny reporters apply.1 Next time, let's focus less on the existence2 of the presser, and more on sharpening our questions. And, for heaven's sake, lose the questions about 2024. We've suffered enough."

I've been a little obsessed with "regime change" here at the Editorial Board. I have been noting in dribs and drabs that Biden isn't acting like any Democratic president in my lifetime (since Jimmy Carter). He does not presume true any of the assumptions that Washington has presumed true over the last 40 years (since Jimmy Carter). That the president is using the word "paradigm" at all suggests to me a level of awareness that I did not anticipate, though I'm delighted to be stunned. I suppose it should not be that surprising, therefore, that the press corps hasn't recognized what's going on yet. Their reporting is like a lagging indicator of the fundamental shifting already underway.

What is a paradigm? It comes from Thomas Kuhn, the famous philosopher. In his study of how the field of science changes over time, he came up with the phrase "paradigm shift." What you think is true continues to be true until the system in which you are participating, in which the truth is true, becomes unstable to the point where participants on the margins move to the center, replacing what you thought was true with a new and stable version of the truth, thus revolutionizing human knowledge. Kuhn was talking about science, but his thinking on how concepts, assumptions and basic truths change can be applied to plenty of non-science things, including politics.

Perhaps the best evidence of shifts underway is the emergence of "Biden Republicans," a new phrase coined by pundits and pollsters after 2020. These are GOP voters alienated by the party's descent into fascist collectivism and/or attracted to the president's patriotic, can-do attitude toward government. "Biden Republicans" are the mirror opposite of the old "Reagan Democrats." These were (racist white) Democrats alienated by the party's full embrace of voting and civil rights in the 1960s and/or attracted to Ronald Reagan's patriotic, can't-do attitude toward government. People were using it after Trump beat Hillary Clinton in 2016, and nearly everyone at the center of the world of politics thought the description was self-evidently true.

It was probably partially true. More certain is that the Trump years were unstable transition years between two larger, longer and more stable "political paradigms." We know about the old assumptions. There was a bipartisan consensus aiming to keep taxes, regulations and inflation low. The 2008 panic was probably the beginning of the end of that consensus. The covid pandemic was probably the end. Meantime, the middle class got lost between the very obscenely rich and very obscenely poor. Meantime, as Nils Gilman said, "20th-century fears of unaccountable concentrated public power (totalitarianism) have led to complacency or even insouciance about unaccountable concentrated private power (corporate and/or plutocratic)."

Perhaps Nils saw in Biden's presser what I saw. While Reagan's brand of conservatism was broadly attractive during an age in which Russian Communism was still a potent threat in the world (a waning threat but still potent), Biden's brand of liberalism may end up being equally attractive during an age in which autocracy is on the rise. Biden said: "It is clear, absolutely clear … this is a battle between the utility of democracies in the 21st century and autocracies.4 If you notice, you don't have Russia talking about Communism anymore. It's about an autocracy. Demand decisions made by a leader of a country—that's what's at stake here. We've got to prove democracy works."

Note the language: the utility of democracies. He has no choice but to slough off the old assumptions, because the old assumptions about politics, the economy, virtually everything are not working. If he's going to prevent China or Russia from exporting their brands of authoritarianism, if he's going to prevent American fascists from bringing down the American republic, he cannot accept as true what his old boss accepted as true. He must lead a quiet but nonetheless determined revolution.