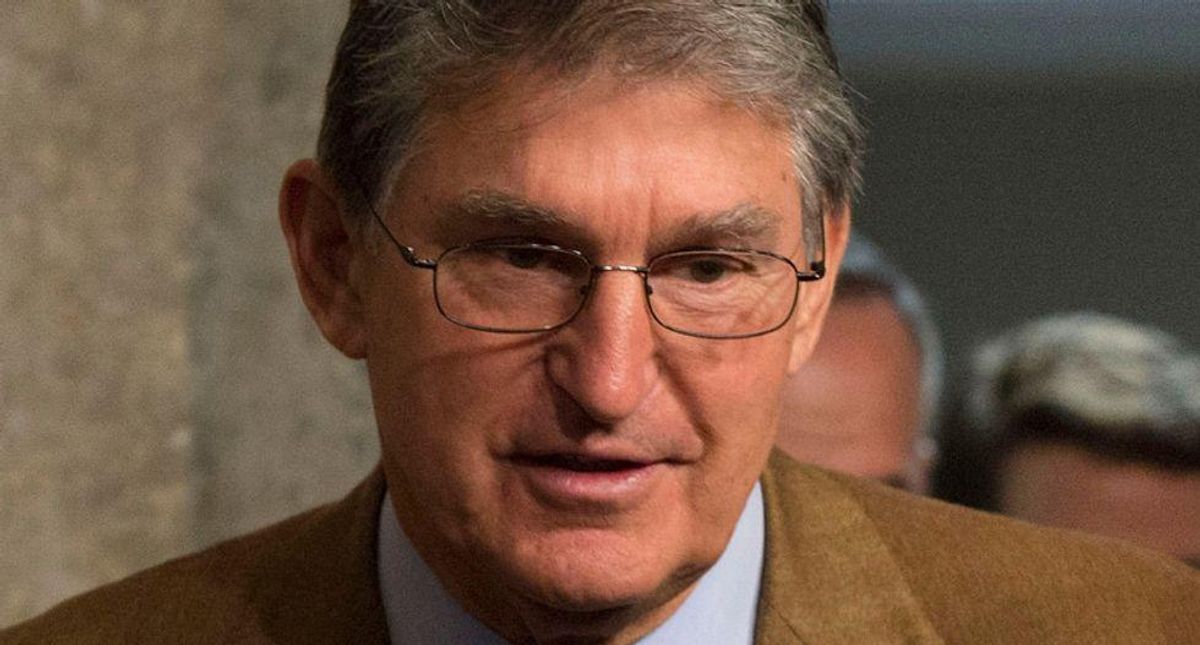 Manchin's proposal is not half-bad! It has concessions to Republican concerns, such as as having a national voter ID, but sets standards for how it can be done in a uniform and fair fashion. It would ban partisan gerrymandering, which would level the playing field for both parties. It does a great deal to protect and advance voting rights, while also addressing the main objections that Republicans have to the both of the other bills that Democrats have offered.

So Republicans responded by publicly thanking Manchin for listening to their concerns, treating them with respect, and giving them a bill that they are happy to vote for, right?

Only someone born yesterday — or a 73-year-old Democratic senator from West Virginia — could be so naive as to think that would happen. Instead, Senate Minority Leader Mitch McConnell, R-Ky., got to work demonizing Manchin's proposal. First, McConnell seized on the fact that voting rights activist and former Georgia gubernatorial candidate Stacey Abrams publicly came out in favor of Manchin's proposal, saying, "the plan endorsed by Stacey Abrams is no compromise."

As Joan Walsh of The Nation wrote, "he had his caucus at 'Stacey Abrams,'" because invoking her name "branded a proposal by a Democrat from a very white (and red) state as 'Black.'" But just in case folks didn't get McConnell's (unsubtle) implication, he also tossed around terms certain to raise racist fears in conservative white people, like "cancel culture" and "name-and-shame." (GOP focus group testing apparently shows that white people are absolutely terrified that the world will find out about that time they used a racial slur in college.) Pandering to racist whites is the core strategy of the modern GOP and Senate Republicans no doubt heard McConnell loud and clear on this front.

McConnell also denied that the absolute flood of voter suppression and vote nullification laws being passed by Republican state legislatures "are designed to suppress the vote." Since that's all that such laws exist to do, McConnell is letting Manchin know that he is not bound by even the pretense of honesty or good faith when it comes to opposing any and all efforts at protecting free and fair elections in the U.S.

The reason is straightforward: The Republican Party has become radicalized against democracy. That's why they refused to convict Donald Trump when he was impeached for trying to cheat in an election and then refused to convict him when he was impeached for inciting an insurrection. It's why the party is passing state laws faster than they can write them to make it harder to vote and to make it easier to nullify election results. For many Republican leaders, it's because they are deeply racist and just loathe the idea of people of color having equal ballot access. But even those who aren't personally bigoted know Republicans cannot win majorities with free and fair elections, so they are instead trying to kneecap democracy itself.

As Zack Beauchamp wrote at Vox, "The GOP has become an authoritarian party pushing an authoritarian policy agenda," and their main goal is "rigging elections enough to maintain power indefinitely." Asking such people to back a federal voting rights bill, however watered down, is a joke. Why on earth would they do anything that would slow down or even prevent the number one GOP goal: permanent minority rule?

The strategy that Republicans are using to hoodwink Manchin is the same they have used for decades to hoodwink Democrats: Pretend to be interested in a "compromise," mire the Democrats in endless negotiations, and run out the clock until elections. Then Republicans will run on a platform of accusing Democrats of getting nothing done, while ignoring the fact that Republican bad faith is why Democrats got nothing done. They're currently running this same playbook on Manchin when it comes to the infrastructure bill, wasting his time with negotiations on a bill they will never, ever actually vote for. Manchin has been told, over and over and over and over and over, that this is how Republicans operate, and yet, like a chicken who can't help banging his head against the wall all day, he just keeps acting like the barrier is about to crumble.

Democratic leaders are hopeful that Manchin will wake up to reality after watching McConnell take this carefully crafted compromise, crumple it into tissue paper and blow his nose in it. That assumes, unfortunately, that Manchin is capable of learning from experience.

The tea leaf reading on this front is, well, mixed.

On one hand, as Igor Derysh reports, Manchin got interestingly timed donations from corporate funders who have an economic interest in this GOP plan to wind down democracy. So this may be a classic case of someone protecting his own self-interest, even if at the expense of not just his party but his nation. On the flip side, Manchin told another group of donors that he's open to filibuster reform. Even if he is not motivated by serving the voters or his party, Manchin is torn between two sets of donors, which is something.

Time will tell, but right now, things aren't looking good. Manchin appears to have an endless appetite for letting Republicans run out the clock with fake negotiations, either because he's an idiot or because he himself would rather not ever have to vote on actual bills. Unfortunately, the very fate of our democracy really does hang in the balance and Manchin is too busy pretending Republicans could be heroes to see them for the villains they actually are.