John Boehner destroys Trump: He ‘incited that bloody insurrection’ with the ‘BS he’d been shoveling’ 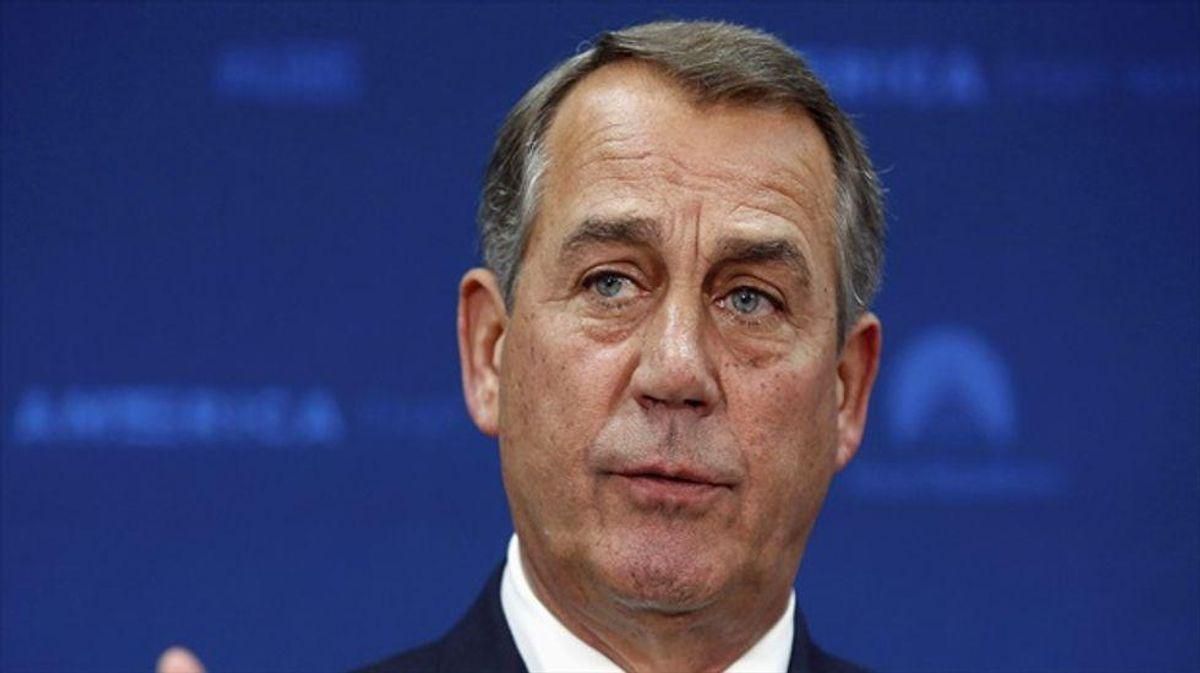 Former Republican Speaker of the House John Boehner is blasting Donald Trump, laying blame for the deadly January 6 insurrection squarely at the former Republican President's feet. True to form, Trump and his team punched back below the belt.

The New York Times reports Boehner writes in his new book that Trump “incited that bloody insurrection for nothing more than selfish reasons, perpetuated by the bullshit he'd been shoveling since he lost a fair election the previous November."

“He claimed voter fraud without any evidence, and repeated those claims, taking advantage of the trust placed in him by his supporters and ultimately betraying that trust."

Boehner, whose tenure as Speaker was focused on trying to first tamp down then ride the Tea Party wave and the growth in power of the far right House Republican Study Committee. He was unsuccessful, and exited in 2015, the same year the even more extreme House Republican Freedom Caucus formed, and Donald Trump launched his presidential campaign.

He is now warning the GOP it must “take back control from the faction that had grown to include everyone from garden-variety whack jobs to insurrectionists."

It does not appear that will happen. Just as the extremist Tea Party took over the Republican Party, Trump, Trumpism, and his MAGA acolytes have already taken control of the GOP.

In typical Trumpian fashion, the Times reports, the former president's current spokesperson, Jason Miller, "called Mr. Boehner a 'Swamp Creature' and accused him of favoring 'Communist China' (The former speaker's lobbying firm represents the Chinese Embassy in the United States). In a separate email to The Times, Mr. Trump asked of Mr. Boehner, whose love of merlot wine is legendary in Washington: 'Was he drinking when he made this statement? Just another RINO who couldn't do the job!'"