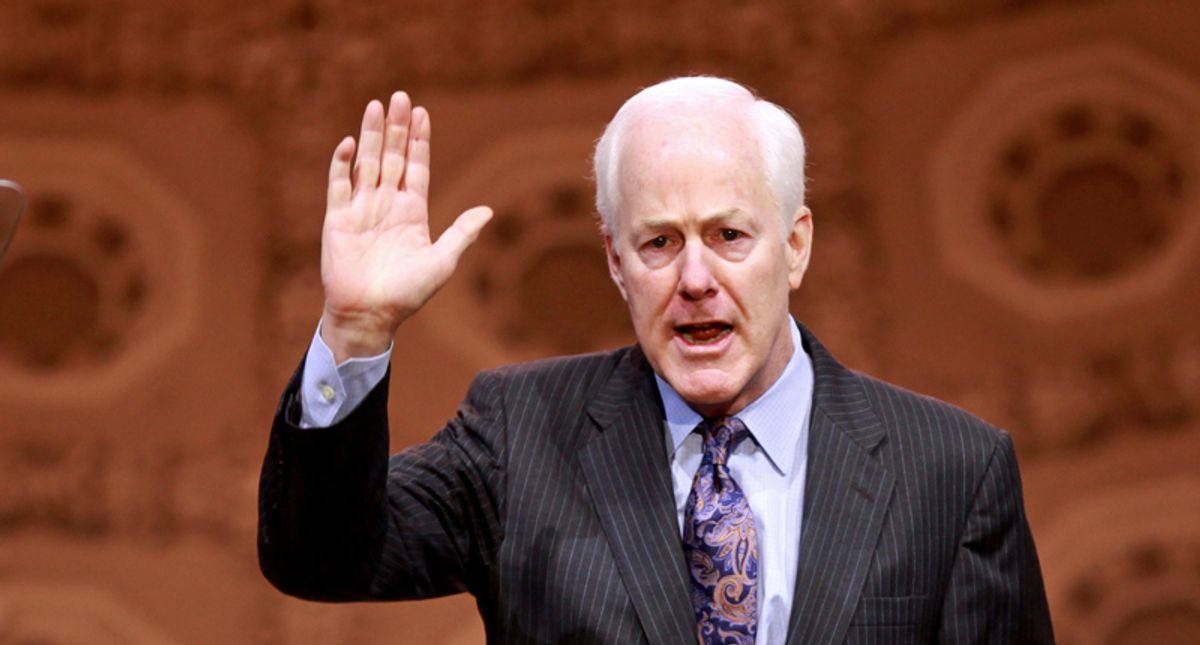 Sen. John Cornyn (R-TX) is nearing 70 years old, so it might be why he isn't clear on new terms like doxing. Posting a Wall Street Journal article to Twitter on Wednesday, Cornyn said that following and broadcasting the careers of former officials in President Donald Trump's administration is illegal.

"Stuart Stevens, a senior advisor to the anti-Trump Lincoln Project, tweeted Saturday that 'we are constructing a database of Trump officials & staff that will detail their roles in the Trump administration & track where they are now.' He added: 'No personal info, only professional. But they will be held accountable & not allowed to pretend they were not involved.'"

Doxing is when someone broadcasts the personal contact information and location of a person for the purpose of attacking that person in real life. When a Republican leader targeted public health inspectors by broadcasting their addresses so that protesters could show up outside their houses, that was doxing. When someone calls out Apple for hiring someone they don't think upholds their values that might be annoying, but it's not illegal. It might even be considered trolling, but that's not illegal either.

In fact, doxing isn't illegal either, it's merely against the terms of service for several social media sites. As one person noted, wait until Cornyn hears about the phone book.

The senator was ridiculed for not knowing the difference. See the comments below:

I think you misunderstand what it means to dox, Senator. And the ones who'll be needing to spend money on criminal defense counsel are the elected Republicans who aided and abetted the coup attempt last Wednesday.
— Metal Detectors Are Tyranny Michael (@Merv515) January 13, 2021

Let me know what's this law where you find that "doxing" (that's not even a real term) is "illegal." Looking forward to any state or fed criminal statutes you can cite.
— A.J. Delgado (@AJDelgado13) January 13, 2021

Second paragraph in the story you shared:

“No personal info, only professional. But they will be held accountable & not allowed to pretend they were not involved."

Another Republican pretending that they care about law and order only when it suits them 🙄
— Jennifer Lee (@Jennife35934688) January 13, 2021