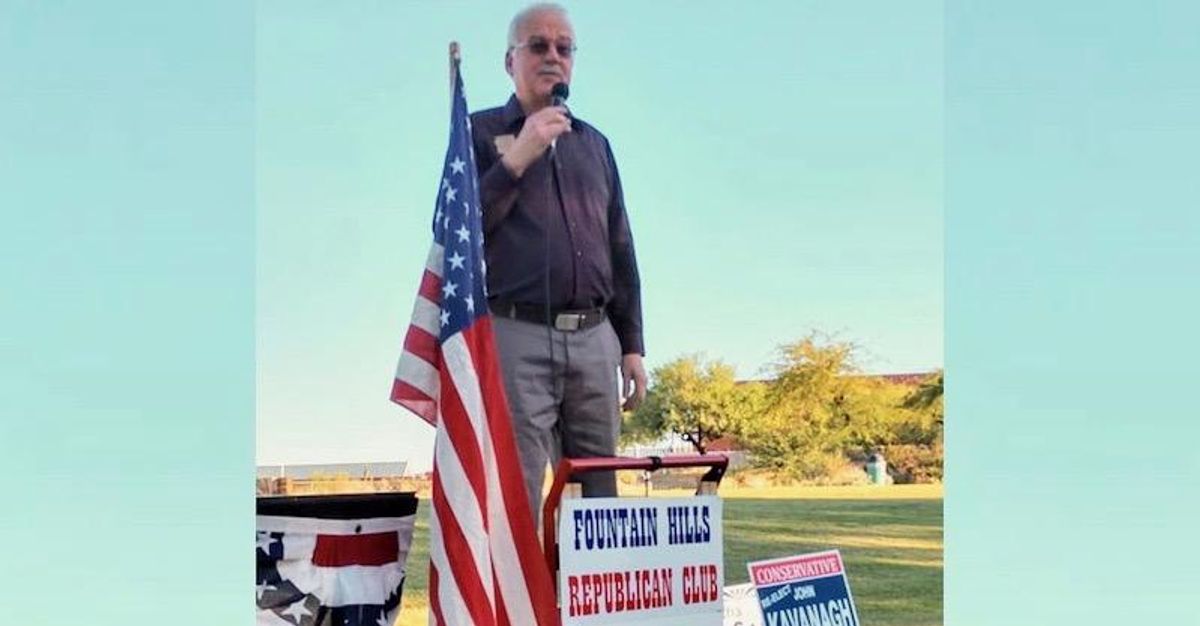 State Rep. John Kavanagh, who chairs the the Government and Elections Committee in the Arizona House, says not everyone should be voting, and the "quality of votes" matters. One of the nation's top voting rights experts is blasting that rhetoric, suggesting it's racist, "straight out of Jim Crow."

"There's a fundamental difference between Democrats and Republicans," Kavanagh, a Republican, said, as CNN reports. "Democrats value as many people as possible voting, and they're willing to risk fraud," he claimed, not only without any proof, but falsely. While there are relatively few voter fraud and election fraud cases across the country, those who have committed these crimes are almost always Republicans.

"Republicans are more concerned about fraud," Kavanagh claimed, "so we don't mind putting security measures in that won't let everybody vote -- but everybody shouldn't be voting."

"Not everybody wants to vote, and if somebody is uninterested in voting, that probably means that they're totally uninformed on the issues," Kavanagh added, again, without merit. "Quantity is important, but we have to look at the quality of votes, as well."

Legally and constitutionally, Kavanagh is wrong, which is even more disturbing because he is a former police officer and retired police detective who served the Port Authority of New York and New Jersey. Dr. Kavanagh currently is a part-time professor of criminal justice at Scottsdale Community College, after serving as the Program Director of the Administration of Justice Studies and Forensic Science Programs.

Kavanagh's remarks are being seen as racist by Ari Berman, a writer at Mother Jones and the author of the book, "Give Us the Ballot: The Modern Struggle for Voting Rights in America."

"This rhetoric is straight out of Jim Crow & the very thing that was used to justify mass disenfranchisement of Black voters," Berman said on Twitter.

NAACP Legal Defense and Educational Fund President Sherrilyn Ifill honed in on the phrase "quality of votes" as well:

And Elie Mystal, Justice Correspondent at The Nation, also weighed in: