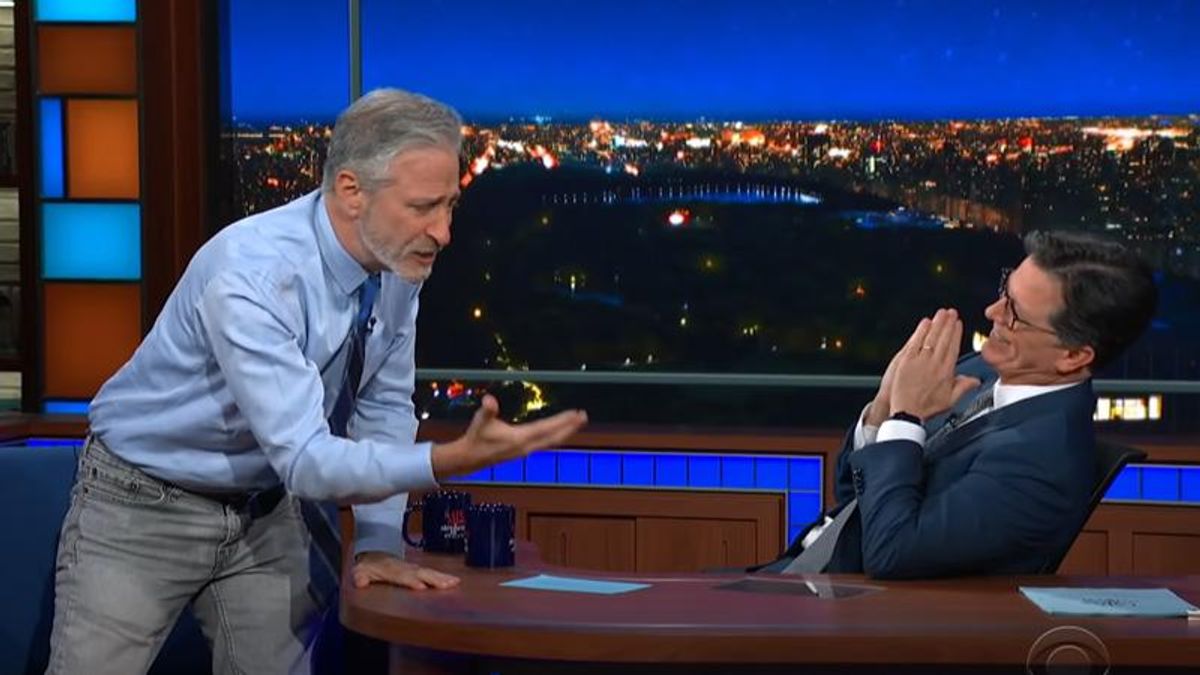 Curious about Stewart's remarks, Colbert asked, "Do you mean perhaps there's a chance that this was created in a lab?"

Stewart wasted no time offering clarity about his remarks as he doubled down on his theory.

Stewart went on to offer a backhanded compliment about the work of scientists during the pandemic. While he believes that they should receive credit for the development of the vaccine and the pandemic response, he suggested they simply are working to put out the fire that they actually started.

"Here's how I believe the world ends," Stewart said. "I say this to you in sincerity… the world ends, the last words man utters are somewhere in a lab, a guy goes, 'Huh-huh, it worked!'"

"They Are Going To Kill Us All" - Jon Stewart Declares His Love For Scientists www.youtube.com