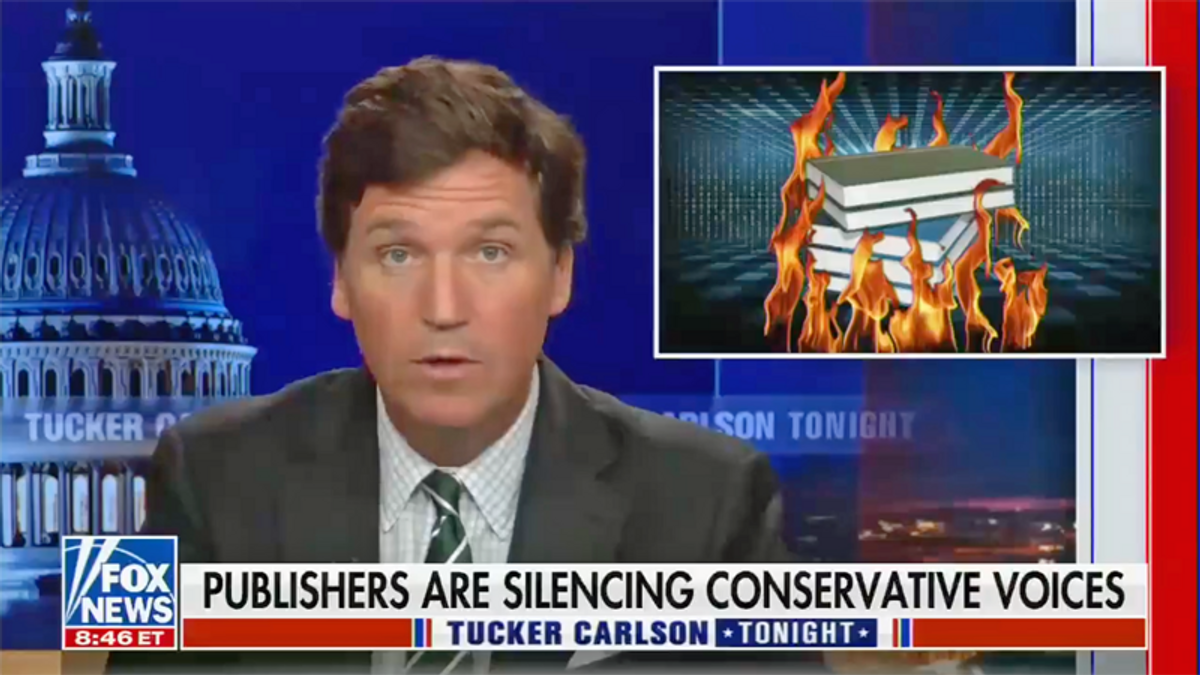 Carlson did not mention the book was canceled one day after Hawley cheered on the Trump insurrectionists trying to overturn the 2020 election.

"After witnessing the disturbing, deadly insurrection that took place on Wednesday in Washington, D.C., Simon & Schuster has decided to cancel publication of Senator Josh Hawley's forthcoming book," the publisher announced on January 7th. "We did not come to this decision lightly. As a publisher it will always be our mission to amplify a variety of voices and viewpoints: at the same time we take seriously our larger public responsibility as citizens, and cannot support Senator Hawley after his role in what became a dangerous threat to our democracy and freedom."

In Carlson eyes, the corporate decision wasn't about accountability for dangerous extremist, but canceling America.

Carlson announced his viewers will be able to read all about it in his forthcoming book — which will be published by Simon & Schuster.