Josh Mandel rants about Biden's 'gestapo' in video from Ohio cornfield: 'Do not comply with the tyranny' 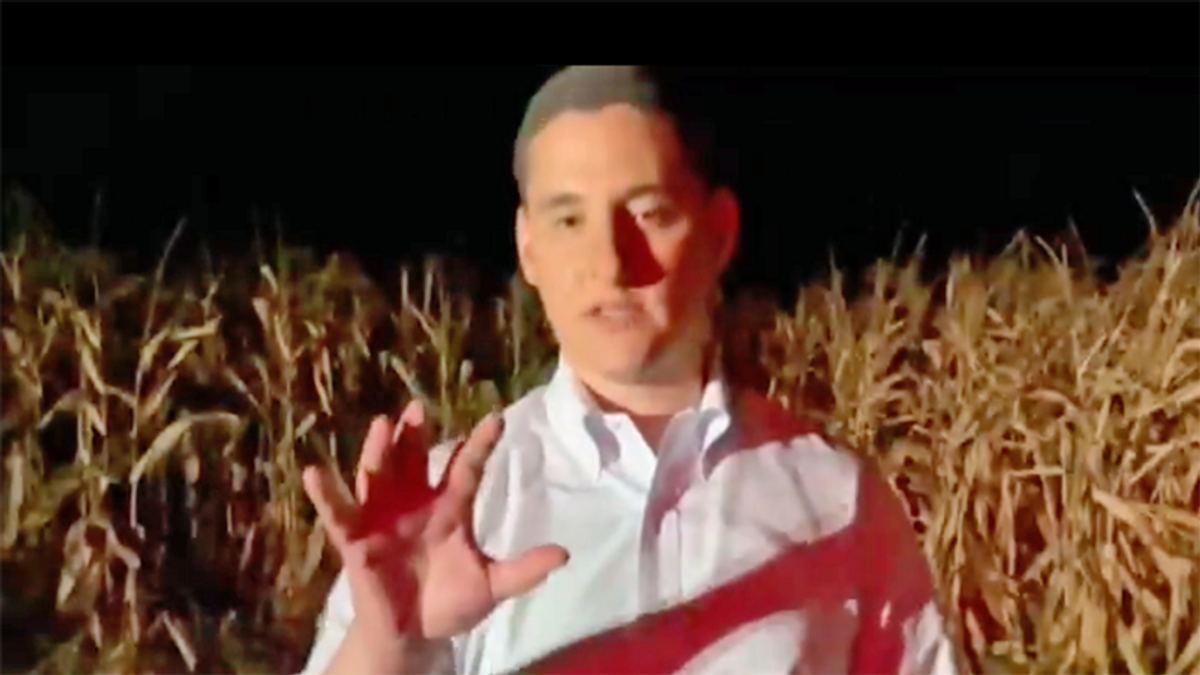 The Republican freakout following President Joe Biden's announcement of vaccine mandates was on video reportedly shot in an Ohio cornfield.

Republican governors across the country attacked Biden for efforts to slow the spread of the pandemic.

The outrage was not limited to Republicans in public office.

Former Ohio Treasurer Josh Mandel urged his supporters to "not comply' with any of Biden's orders that are upheld by the courts. Mandel is running for the U.S. Senate seat that opened up when Sen. Rob Portman announced he would not seek re-election.

"I'm driving through western Ohio, driving through a cornfield near a town called Logansville, Ohio. My blood is boiling in rage at what I've seen from the White House today," Mandel says, with a Trump sign and cornfield behind him.

"Joe Biden — I'm not even going to call him President Biden, he's not — Joe Biden is creating a constitutional crisis. As I was driving through this cornfield, I literally came across this sign, this Trump sign," he said. "He is my president."

"Do not comply with the tyranny," he instructed.

"When the gestapo show up at your front door, you know what to do," he said, without providing any details.