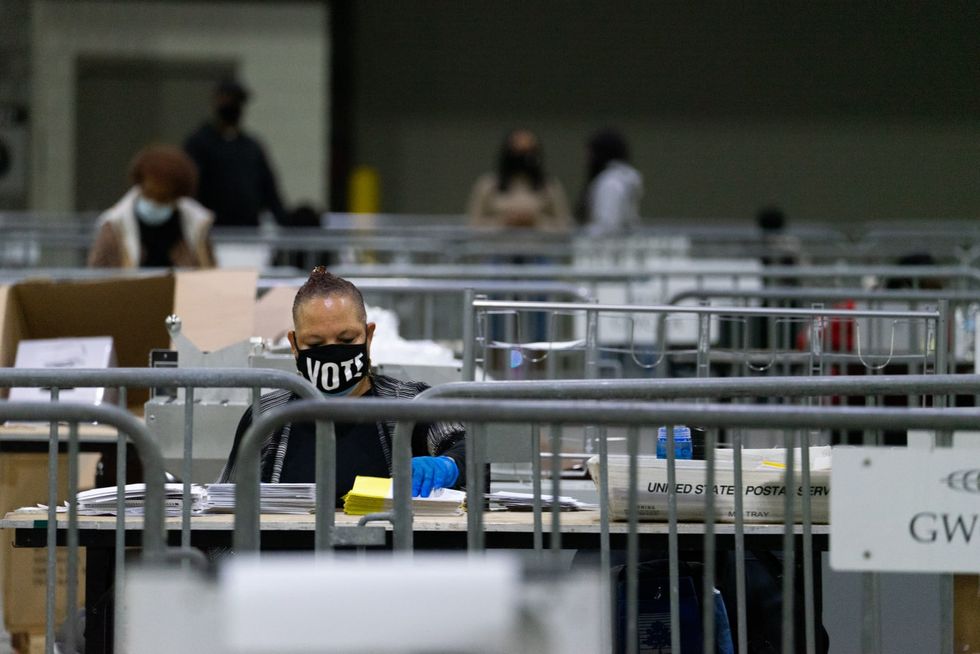 Judge may unseal Fulton County's absentee ballots in Georgia fraud investigationATLANTA — A judge may unseal absentee ballots in Fulton County so a government watchdog can investigate allegations of voting fraud in the November election. A lawsuit filed in Fulton County Superior Court contends that fraudulent ballots were cast and other irregularities occurred as workers counted ballots at State Farm Arena on election night. Those allegations were investigated and dismissed by the secretary of state's office. Nonetheless, Henry County Superior Court Judge Brian Amero — who is overseeing the case — said he's inclined to order the ballots to be unsealed and reviewed by expe...

One of Donald Trump's endorsed candidates for Congress once argued against women being able to vote, saying the country had "suffered" since the 19th Amendment gave women the right to vote nationwide.

CNN reported Wednesday, "John Gibbs, who defeated in the primary an incumbent Republican who had voted to impeach Trump, also made comments in the early 2000s praising an organization trying to repeal the 19th Amendment which also argued that women’s suffrage had made the United States into a 'totalitarian state.'"

According to Channel 3000, Wisconsin Republican gubernatorial nominee Tim Michels is angrily denying a new report that his construction business had a culture of extensive sexual and racial discrimination.

"Michels Corporation has a sterling reputation as one of Wisconsin’s great family-owned businesses with women in positions of leadership. Several generations of the same families — men and women — work their entire careers there," said Michels in a statement. "Shame on Governor Evers and others who are trying to destroy the reputation of a great Wisconsin company for political purposes. These smears defame a great company, all in the name of politics. There’s no place for that garbage here ... These smears are a desperate and disgusting attempt to distract voters from Tony Evers’ many failures."

The Republican rush to oppose transgender people has taken a turn in Missouri, where Sen. Josh Hawley (R) is up for reelection.

In a fundraising email to his supporters, Hawley asked folks to give to his campaign so he could help stop schools from teaching that there's more than one gender.