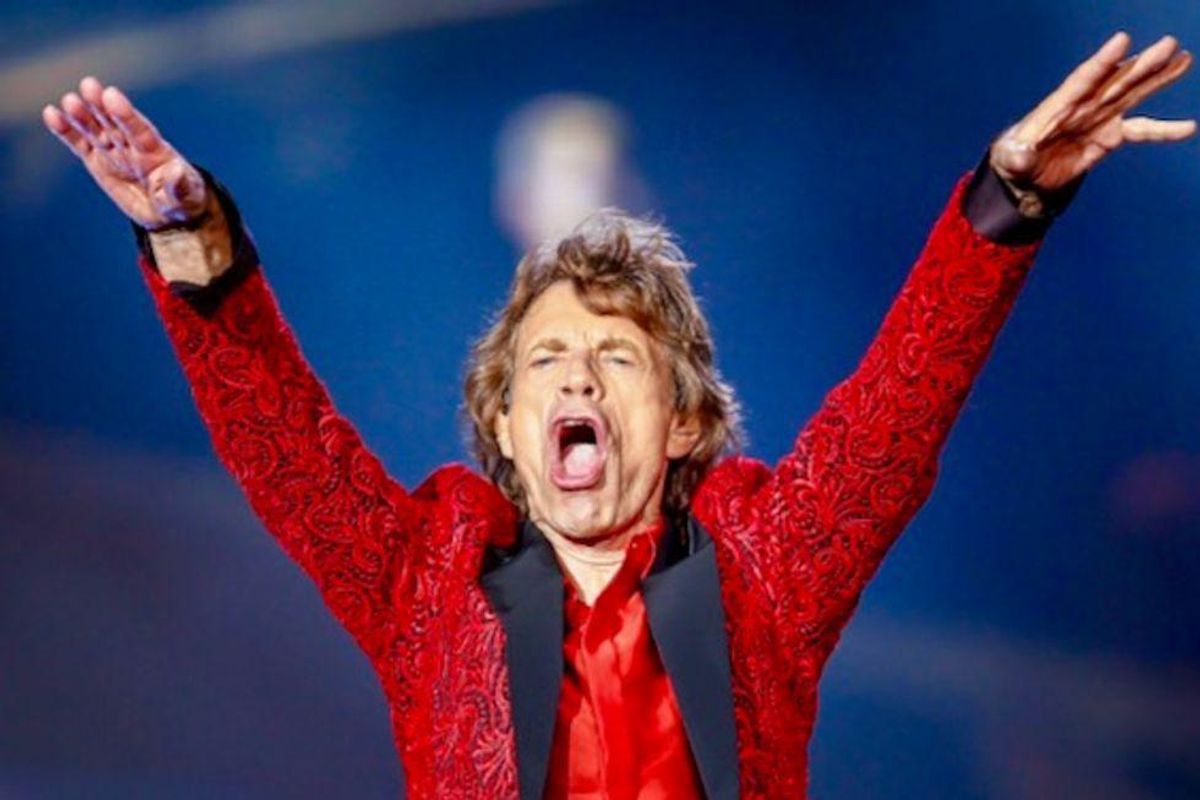 British rock legend Mick Jagger has released a new song celebrating the release from the "prison walls" of lockdown, as England this week reopened pubs and non-essential shops.

"Now we're out of these prison walls... we're all headed back to paradise," the fully vaccinated Rolling Stones frontman sings on "Easy Sleazy", which was recorded at his home studio.

Jagger, 77, posted on YouTube that he "wanted to share this song that I wrote about eventually coming out of lockdown, with some much needed optimism".

Soon, lockdown will "be a memory you're trying to forget," he sings.

Girating with his characteristic energy, Jagger lists lockdown gripes such as TikTok videos, cancelled tours and putting on weight.

"Cancel all the tours... No more travel brochures, virtual premieres, I've got nothing left to wear," he sings.

The Rolling Stones last year postponed their No Filter tour because of the coronavirus crisis.

"Think I've put on weight, I'll have another drink then I'll clean the kitchen sink," sings Jagger, who still appears as slim and sinewy as in his 1960s pomp.

"Trying to write a tune, you'd better hook me up to Zoom," he adds, mocking the "poncy (pretentious) books" people use as backgrounds for video calls.

He also rails against anti-vaxxers and conspiracy theories, singing "Bill Gates is in my blood stream" and "It's mind control".

Jagger himself is fully vaccinated, Rolling Stone magazine reported. The UK has now offered a first vaccine jab to all over-50s.

For the song, Jagger is accompanied remotely by Dave Grohl of the Foo Fighters on drums, bass and guitar.

While the rock veteran sings about "looking out from these prison walls", in an interview he acknowledged his good fortune in having plenty of space.

"Obviously I'm luckier than most," he told Rolling Stone magazine, saying he had never spent so much time in the countryside.

"It wasn't what I wanted, but I was able to deal with it because I was lucky enough to be able to have these nice places to hole up in."

Even with curtailed concert dates, the Rolling Stones earned $59 million (£43 million) in 2020, according to Forbes magazine.