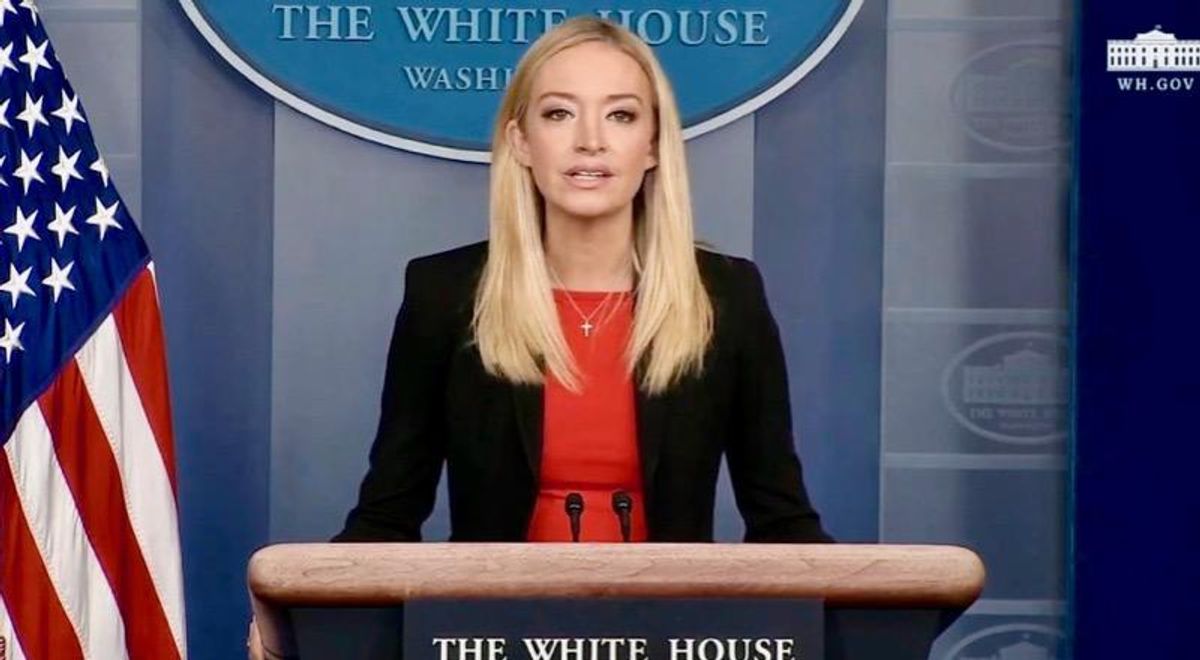 White House press secretary Kayleigh McEnany appeared before reporters Thursday evening to condemn the violence at the nation's Capitol Wednesday, "on behalf of the entire White House," while saying the "many thousands who came to have their voices heard" were merely exercising their First Amendment rights.

"Let me be clear," she said, calling the violence "appalling, reprehensible, and antithetical to the American way. We condemn it, the President and this administration, in the strongest possible terms."

She called for "those who broke the law" to be fully prosecuted.

And once again making clear the Trump regime's disdain for those living, even legally, in the U.S. who are not citizens, McEnany said the administration's "core value" is that all "citizens have the right to live in safety, peace, and freedom." She did not say "all Americans," or "all those living in America."

Her remarks lasted less than two minutes, and she did not take any questions. McEnany has not held a press briefing since December 15.

The president has not been seen publicly since his rally where he encouraged his supporters to go to the Capitol. pic.twitter.com/iKPa1eYZDO
— NBC Politics (@NBCPolitics) January 7, 2021

Her remarks echo the scene after President Donald Trump was forced to denounce white supremacists after saying there were "very fine people on both sides." He later said that condemnation was the "the biggest f*cking mistake I've made."