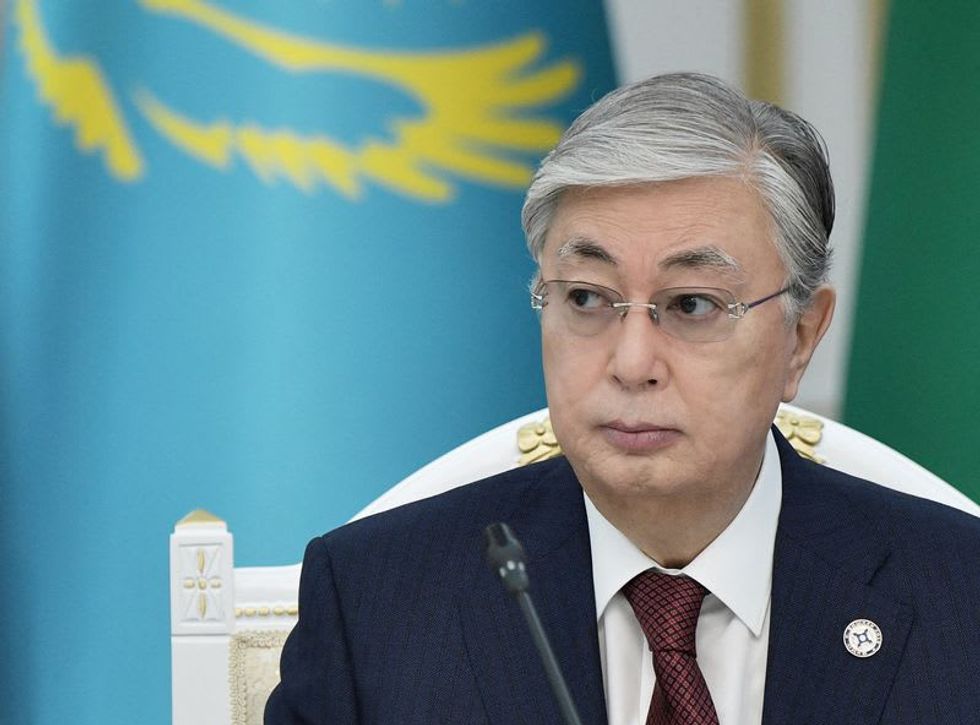 The move includes an 11 p.m. to 7 a.m. curfew, movement restrictions, and a ban on mass gatherings, according to documents published on the president's website.

"Calls to attack government and military offices are absolutely illegal," Tokayev said in a video address a few hours earlier. "The government will not fall, but we want mutual trust and dialogue rather than conflict."

As he spoke, police in Almaty used tear gas and stun grenades to stop hundreds of protesters from storming the mayor's office, a Reuters correspondent reported from the scene.

The oil-rich country's government announced late on Tuesday it was restoring some price caps on liquefied petroleum gas, after the rare protests reached Almaty following a sharp rise in the price of the fuel at the start of the year.

Many Kazakhs have converted their cars to run on LPG, which is far cheaper than gasoline as a vehicle fuel in Kazakhstan because of price caps. But the government argued that the low price was unsustainable and lifted the caps on Jan. 1.

After the price of the fuel spiked, rallies involving thousands of people erupted on Jan. 2 in the town of Zhanaozen, an oil hub and site of deadly clashes between protesters and police a decade ago.

Demonstrations spread to other parts of surrounding Mangistau province and western Kazakhstan, including provincial centre Aktau and a worker camp used by sub-contractors of Kazakhstan's biggest oil producer, Tengizchevroil. The Chevron-led venture said output had not been affected.

In Almaty, police appeared to have taken control of the main square shortly after deploying flashbang grenades, according to online video streams from the area. But explosions were heard for hours on nearby streets and in other parts of the city.

Videos published online showed torched police cars in the city, as well as armoured vehicles moving through one of its main thoroughfares.

On Tuesday evening, the government announced it was restoring the price cap of 50 tenge (11 cents) per litre, or less than half the market price, in Mangistau province.

Public protests are illegal in the country of 19 million unless their organisers file a notice in advance.

Tokayev, the hand-picked successor of Soviet-era Communist boss Nursultan Nazarbayev who stepped down in 2019, faces no political opposition in parliament.

The president said on Twitter on Tuesday that he would hold a government meeting the following day to discuss the protesters' demands. He urged protesters to behave responsibly.