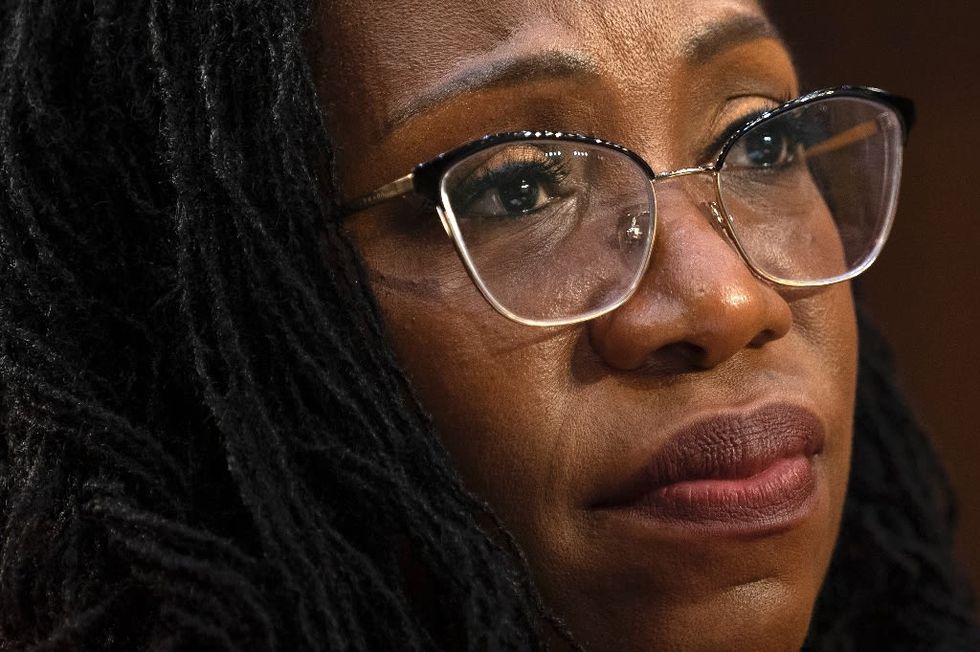 Washington (AFP) - It was a week in which the US public got a courtside seat to history as President Joe Biden's Supreme Court nominee made her pitch to be the first Black woman ever to serve at the pinnacle of the legal profession.

Ketanji Brown Jackson spent more than 20 hours being grilled by senators in Washington on her sentencing record, past statements and political views at her confirmation hearings this week.

"I have dedicated my career to ensuring that the words engraved on the front of the Supreme Court building -- equal justice under law -- are a reality and not just an ideal," the trailblazing jurist said Monday.

The hearings teased out Jackson's approach to a wide array of legal matters but also shone a light on the kind of person friends and family see when the 51-year-old mother-of-two hangs up the black robe.

The historic nature of her nomination to replace retiring Justice Stephen Breyer caught the public's imagination before she had said a word.

But the hearings allowed the Harvard-educated appeals court judge to flesh out her perspective on a crucial milestone for Black American girls who rarely see powerful role models that look like them.

"Since I was nominated to this position, I have received so many notes and letters and photos from little girls around the country who tell me that they are so excited for this opportunity," Jackson told senators.

She did not dwell at length on race or gender, preferring her record to speak for itself, but she made clear that her desire to see justice served was forged in the cauldron of America's fraught racial history.

Describing the effect of the civil rights movement on her parents, Johnny and Ellery Brown, Jackson explained how they moved to Washington before she was born "because this is where it all started, for them, in terms of having new freedoms."

She told the Senate Judiciary Committee she had learned the value of diligence and tenacity from her family, including uneducated grandparents who were the "hardest working people I've ever known."

"I stand on the shoulders of people from that generation," she said.

On her own role as a mother of two grown-up children and one of the country's most high profile judges, she was disarmingly candid.

"Juggling motherhood and job responsibilities, I didn't always get the balance right," she said in an acknowledgement that will have struck a chord with working mothers nationwide.

But she added that she hoped women seeing her nominated to the Supreme Court would conclude that "you don't have to be a perfect mom, but if you do your best and you love your children, things will turn out okay."

Raised with an African given name that means "lovely one," Ketanji Onyika Brown moved at a young age from the nation's capital to the Miami suburbs.

Her interest in the law was inspired in part by her father, who earned his law degree after a career change and went on to be the chief attorney for the Miami-Dade school system.

Her political awakening began in the late 1980s when a fellow freshman at Harvard hung a Confederate flag from his window and she joined protests of the "huge affront."

She pursued her dream of becoming a lawyer after graduating from Harvard in 1996, the year she married medic Patrick Jackson.

She clerked for Breyer for a year and took a job with the bipartisan US Sentencing Commission in 2003, before becoming an assistant federal public defender, then a judge in Washington's district and appeals courts.

During this week's hearings Republicans have focused on her judgement in child pornography cases, accusing her of being too "soft" on offenders.

The attack has been dismissed by independent fact checkers as her sentencing record is mainstream and she is no more lenient than Trump-appointed judges who have sailed through confirmation with Republican support.

Interestingly, she has not shied from apportioning blame right back on her interlocutors when she felt it was justified.

"Congress is the body that tells sentencing judges what they're supposed to look at and Congress has said that a judge is not playing a numbers game," Jackson said.

She was also firm about not engaging with the many "culture war" issues Republicans hope will animate supporters in November's midterm elections, such as same-sex marriage, access to abortions and the teaching of "critical race theory."

"I am acutely aware that as a judge in our system I have limited power," she said. "And I am trying in every case to stay in my lane."

Despite the broadsides she has been praised for her poise by politicians of all stripes, while newspaper columnists and late night hosts have lauded her as "cool under pressure" and "forceful but calm."

Chuck Schumer, the Senate's top Democrat, described Jackson's performance as she embarked on her final day of questioning Wednesday as a "master class."