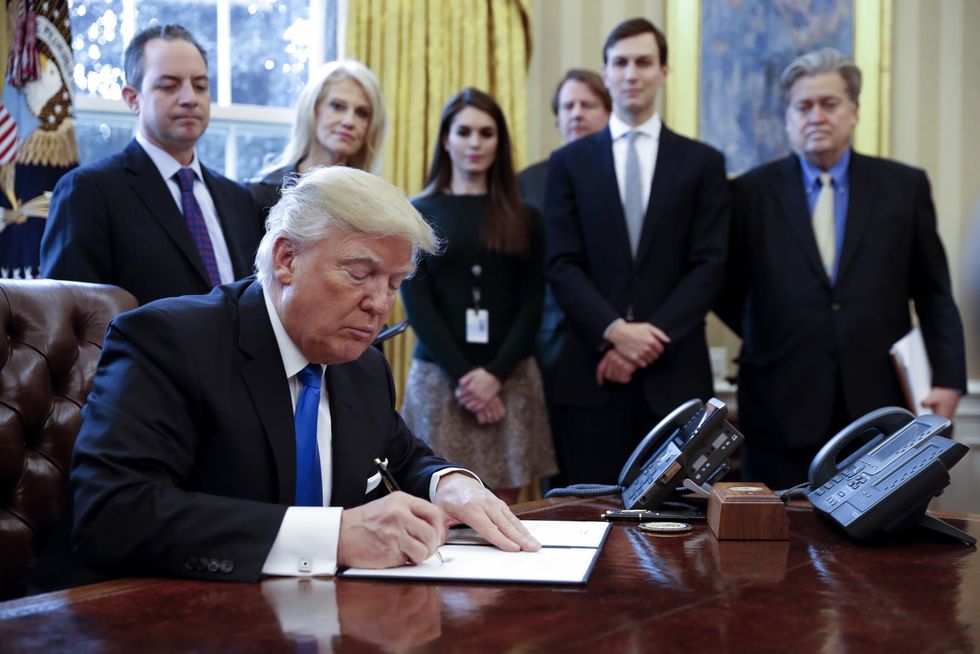 Kellyanne Conway, a former adviser to Donald Trump, trashes the ex-president's son-in-law Jared Kushner as a “shrewd and calculating” power-hungry backstabber in a new White House memoir. Conway pulls no punches regarding Ivanka Trump’s husband, saying he was a master of White House office politics who constantly sought to add to his portfolio without accepting any accountability. “There was no subject he considered beyond his expertise. If Martian attacks had come across the radar, he would have happily added them to his ever-bulging portfolio,” she writes. “He’d have made sure you knew he’d ...

On January 6, 2021, while MAGA enthusiasts rioted in and around the U.S. Capitol, Melania Trump was asked if she'd like to tweet a statement encouraging peace and the former First Lady responded with a one-word answer.

According to ex-aide Stephanie Grisham, she personally sent a text to Melania on Jan. 6 asking "Do you want to tweet that peaceful protests are the right of every American, but there is no place for lawlessness & violence?"