Kevin McCarthy's new explanation for rooming with GOP pollster Frank Luntz: 'I wanted to make sure he took his medication' 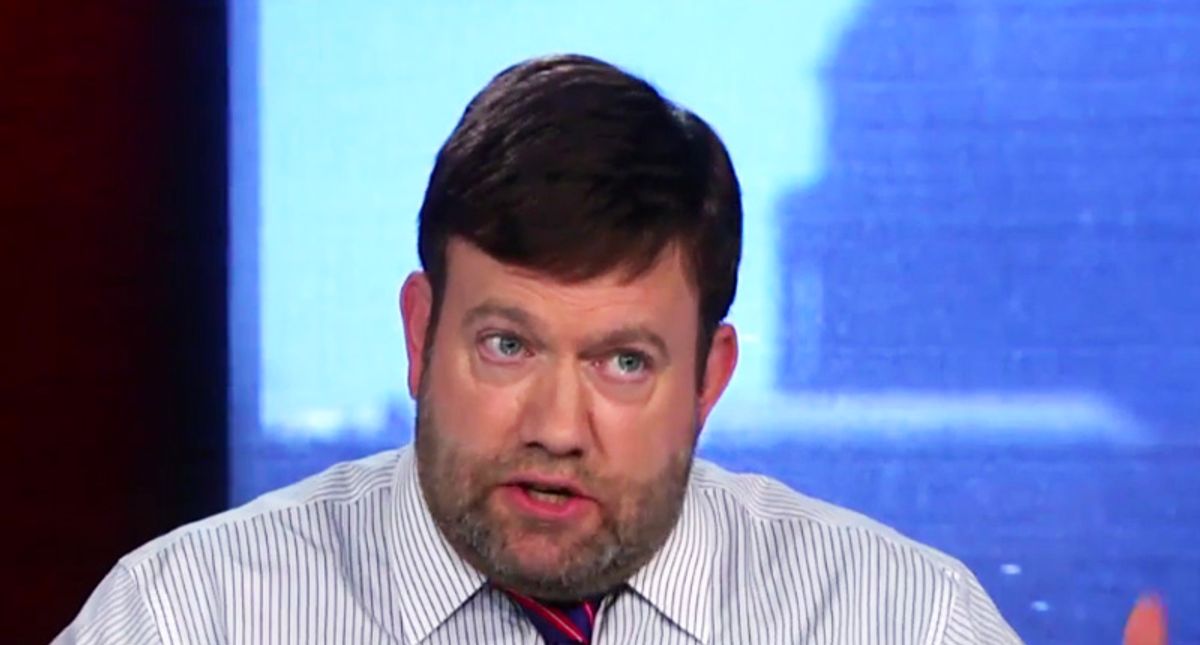 House Minority Leader Kevin McCarthy has said he moved into longtime Republican pollster Frank Luntz's lavish Washington penthouse apartment in January to care for Luntz after the pollster suffered a stroke while doing a focus group for the Los Angeles Times a full year earlier, in January of 2020. This peculiar claim about the Luntz-McCarthy roommate situation appears to leave many questions unanswered, however.

McCarthy told former Fox News host turned right-wing podcaster Megyn Kelly that Luntz "took a turn on his health like a year or so ago. ... Frank has an apartment inside D.C., and I rented a room from him, and one of the reasons I did it is Frank had a stroke. You know Frank doesn't have family ... I wanted to make sure that he'd go on his walks, and he'd make sure to take care of his health."

McCarthy told Kelly that he lived with Luntz for "a number of months," adding, "I wanted to make sure he took his medication right. Did I rent a room? I rented a room."

There's no clear evidence that Luntz was in poor health in the period before McCarthy says he moved in to care for him. As Salon previously reported, Luntz did four focus groups for the Los Angeles Times in the fall of 2020, and his firm did two projects for McCarthy's leadership PAC in September and December of 2020. Luntz also embarked on an ambitious Netflix series called "Fridays With Frank," interviewing politicians like McCarthy and Sen. Tim Scott, professional sports figures, disgraced junk bond trader Michael Milken, ABC News correspondent Jonathan Karl, Trump adviser Kellyanne Conway and many others.

Luntz recalled in a recent interview wanting to tackle McCarthy and not let him go as the latter walked into a fateful interview with Fox News host Sean Hannity, in which McCarthy admitted that the Benghazi hearings were politically motivated to hurt Hillary Clinton.

"I should have stopped Kevin McCarthy from doing an interview with Sean Hannity about his temporary run for speaker," Luntz said. "I told him not to do it, and he insisted on doing it. And at the moment he was walking into the interview, I actually thought of tripping him, tackling him and not letting him go." Luntz said that not shutting down that interview was one of the worst mistakes of his life. That gaffe is widely believed to have cost McCarthy the House speakership in 2015.