Here's how DC media got punked by Kevin McCarthy on the Jan. 6 commission 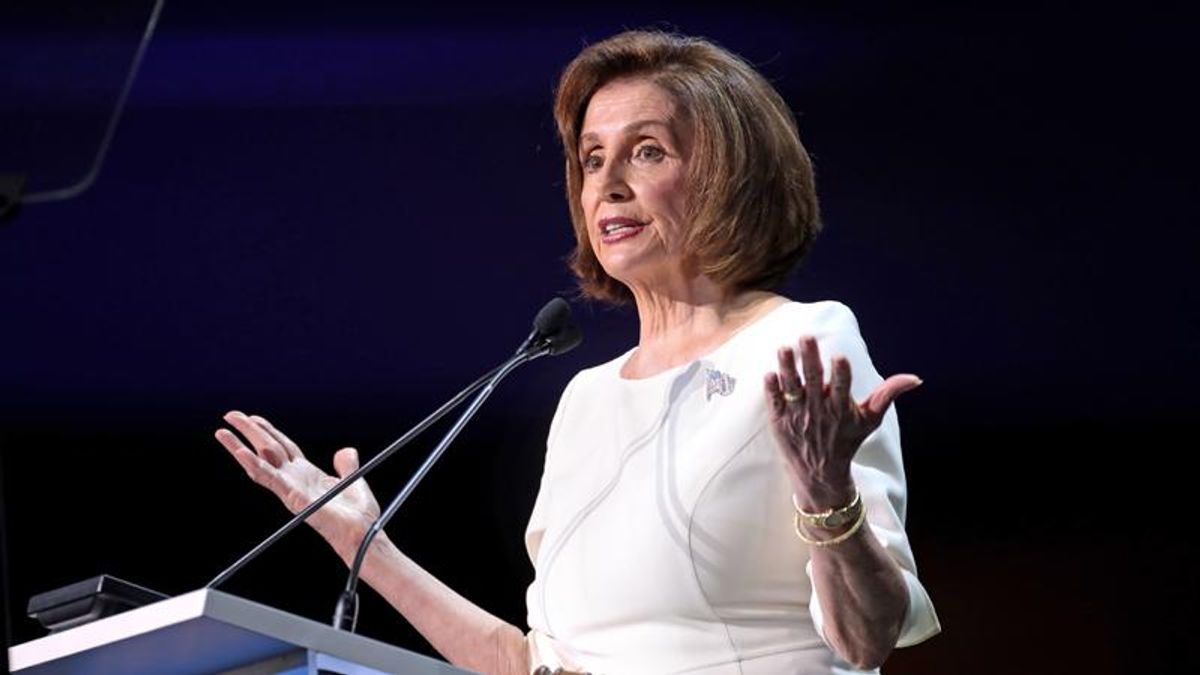 The most important thing to remember about the formation of the select committee to investigate the January 6 Capitol riot is this: Speaker of the House Nancy Pelosi gave Republicans multiple opportunities to act as good faith investigators who want to help reveal the truth, instead of as insurrection co-conspirators who are running interference for Donald Trump.

Democrats tried to create a bipartisan committee through official congressional legislation, but Republicans stopped them. Democrats then went at it by themselves, creating a select committee with the House leadership powers, yet still decided to invite Republicans onto the commission as an act of good faith. All Republicans needed to do was act like adults who believe fascist coups are bad business, instead of a bunch of clowns whose only goal is to disrupt the proceedings. House Minority Leader Kevin McCarthy, however, could not pass this basic "adults or clowns?" test. He picked clowns, including Rep. Jim Jordan of Ohio, who has a pair of the biggest shoes and some of the thickest greasepaint in the highly competitive field of authoritarian buffoons of the GOP. Picking the QAnon shaman would have been a more subtle effort at sabotage, but "subtle" isn't exactly a popular aesthetic in Republican circles today. And so Pelosi did what any sensible person who wants a real investigation instead of a conspiracy theory circus would have done: She said no thank you to Jordan and Jim Banks, R-Ind., who honks his nose less loudly than Jordan but is no less a far-right saboteur.

In turn, McCarthy, proving once more he is not adult enough to handle the responsibilities Pelosi entrusted to him, threw a tantrum and declared that he and the Republicans are going to have their own investigation, where they can unpack the clown car full of all the "antifa did it!" and "beating cops is peaceful protest" lies that they want.

Here's the thing: Everyone knows Raskin is telling the truth. Democrats know it. Republicans know it. The journalists covering this know it. And yet, because the slow decline of our democracy is like a horror movie where the scantily clad young woman is ignoring audience pleas not to go down that dark hallway, the mainstream media is framing this as a "both sides" problem — or worse, as somehow the fault of Democrats for wanting adults to act like adults when investigating such a serious matter as an attempted coup.

"Pelosi Bars Trump Loyalists From Jan. 6 Inquiry, Prompting a G.O.P. Boycott," reads the New York Times headline. The text describes the dispute as a "partisan brawl" that illustrates "how poisonous relations have become between the two parties," sidestepping how this is singularly the fault of Republicans for choosing Trump over democracy itself.

"Bipartisan House probe of Jan. 6 insurrection falls apart after Pelosi blocks two GOP members," declared the Washington Post headline. "Both parties have attacked the other as insincere and uninterested in conducting a fair-minded examination of the attack," without noting that only one side, the Republicans, are lying about this.

The media's coverage of McCarthy's stunt so far has been an extreme example of what the bloggers at Lawyers, Guns, and Money deemed "Murc's law": "the widespread assumption that only Democrats have any agency or causal influence over American politics." In this case, the assumption is that it's somehow Pelosi's fault that McCarthy and his fellow Republicans are singularly focused on covering up for Trump and his crimes. These men are adults who think they're entitled to run the government, and yet they apparently can't be held responsible for their rejection of truth, the law, or the integrity of the electoral system they've sworn to uphold. Nah, it's somehow Pelosi's fault for not somehow massaging these fascist cover-up artists into better people.

A corollary assumption, though one that does not yet have a cute nickname, is that "bipartisanship" should be a goal above all others, one that all other values should be sacrificed to, including values like integrity, decency, and a belief that public servants should serve the public. Again, only Democrats are expected to sacrifice core values for "bipartisanship." Republicans can do what they want, burn any bridge, even continue to back the man who attempted a coup, but any failure of "bipartisanship" is laid at the feet of Democrats.

The attitude, common in the Beltway press, is obnoxious enough when Democrats are being chastised for putting their campaign promises on infrastructure spending ahead of letting the GOP sabotage them in the name of "bipartisanship." But now the media fetish for bipartisanship is being weaponized by Republicans to justify, and this cannot be stated firmly enough, covering up for an attempted fascist overthrow of the U.S. government. And because they want the man who instigated it to have another bite at the apple, no less.

As Crooked Media editor-in-chief Brian Beutler pointed out on Twitter, the problem is that the media treats Republican "dirty dealing as a constant," as if it's the weather and not the actions of autonomous actors. They, therefore, end up acting like the only people whose actions deserve scrutiny are Democrats. The result is Democrats get blamed for things completely out of their control, such as McCarthy's choice to favor Trump over democracy.

The result, he added, is that the media is ignoring "one of the most incredible stories in U.S. history," which is that "an organized mob of the president's supporters attacked the Capitol and his party is trying to cover up the connections between the two." It's certainly a more interesting story than "Democratic leader fails to make Republicans act better," and yet, here we are.

Adam Serwer of the Atlantic diagnosed the problem by tweeting, "'The committee on the insurrection needs both pro and anti insurrection members, for balance is an expression of how uncomfortable mainstream objective journalists are in the current environment and how badly they want to get back to the pre-Trump equilibrium."

The irony of this is that the most effective thing the press could do to get that pre-Trump equilibrium back is to hold Republicans accountable for covering up for Trump. Pretending the fascists aren't fascist — or that they would somehow be less fascist if the Democrats were nicer to them — only helps the Trumpists get more power and helps keep Trump at the center of GOP politics. If there's any hope of the Republicans leaving Trump in the past, it goes through making it hard for them to keep hanging on. That starts with reporting the news honestly, instead of putting this Republican-coddling spin on events.

The reality is that Pelosi, by drawing the "no clowns" line in the sand for committee appointments, made the committee better. As Greg Sargent and Paul Waldman at the Washington Post wrote, "The less involved McCarthy is with this committee, the more likely it will be to undertake a genuine and comprehensive accounting."

Odds are that, for all the caterwauling about "bipartisanship," the press will end up giving more favorable coverage to the findings of the official Democratic-run committee than whatever joke of a committee the Republicans throw together. Not, of course, because mainstream journalists want to take Democrats more seriously. Clearly, they are so desperate to take Republicans seriously they're always throwing them a handicap. It's just that the Democrats will produce something that can be reported on seriously. McCarthy's nose-honkers, on the other hand, are likely to churn out some Breitbart newsletter-style conspiracy theories about "antifa" that the press will gently decline to cover widely, ironically to protect the illusion that Republicans are serious people.

Not that Republicans care. Whatever they produce is going straight into the Fox News propaganda machine. It was what Republicans intended to hijack the real committee to do: Produce selectively edited clips of Jordan raving at witnesses to distribute in their propaganda channels. Now they just won't waste Democrats' time in doing it.

By blocking the sabotage trolls, Pelosi gave the committee a fighting chance at producing something genuinely interesting, newsworthy, and focused on the real causes that led to the insurrection. She gets abused by the press for acting as the only adult in the room, but someone has to do it. And the same press that's bagging her for not doing more to accommodate insurrection cover-up artists will benefit from her choice. They're now going to get to cover committee findings that are both stronger and more interesting than the kneecapped version a more "bipartisan" committee would have produced. They may actually get people to click and read their stories, instead of ignoring the weak sauce headlines a report that caters to snowflake-sensitive pro-insurrectionists would have produced. No good deed goes unpunished, I guess.