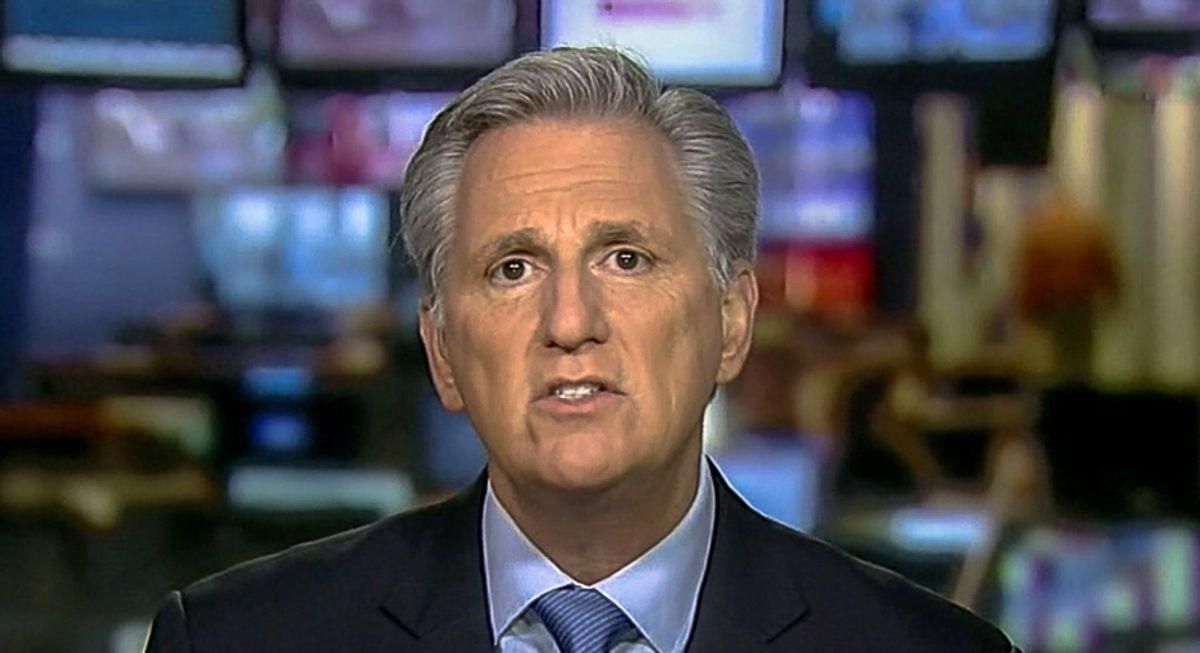 While appearing on Fox News, McCarthy was reminded by Perino of his past statements that Rep. Eric Swalwell (D-CA) should be removed from the House Intelligence Committee after revelations that a suspected Chinese spy had infiltrated his office.

"So by that same logic, will you take any action to remove Matt Gaetz from the Judiciary Committee while he's under investigation by the DOJ over whether he had a sexual relationship with a 17-year-old and paid for her to travel with him?" she asked.

McCarthy said that he wanted to let the investigation play out and give Gaetz a chance to tell his side of the story.

However, if the accusations of sex trafficking a minor are true, he agreed that "we would remove him" from his committee assignments.

Perino also asked McCarthy if he could explain why Gaetz was the only Republican to vote against an anti-sex trafficking bill in 2017.

"No, I have no idea whatsoever why he would vote against that," he replied.