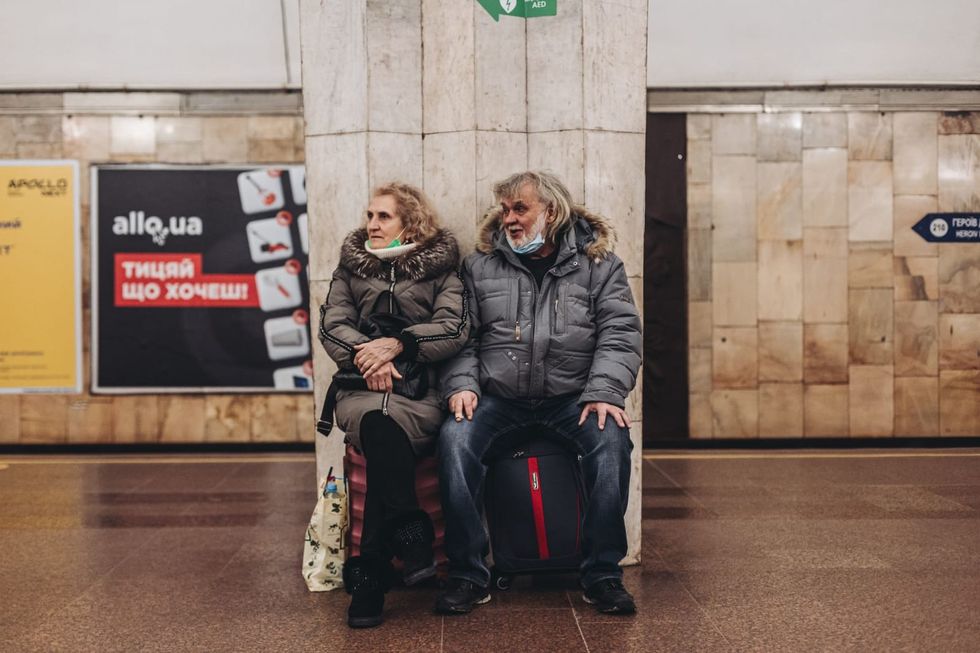 A couple takes shelter in the Kyiv subway, on the second day of the Russian invasion of Ukraine. Diego Herrera/EUROPA PRESS/dpa

Fearing a major attack by Russian troops, the Ukrainian capital Kyiv is extending its night curfew.

According to Mayor Vitali Klitschko, it will apply from as early as 5 pm (1500 GMT) on Saturday until 8 am the next morning. Previously, it applied from 10 pm.

In addition, the metro stopped operating, Klitschko wrote on the Telegram news channel.

The metro stations are currently used by residents as shelters during air raids.