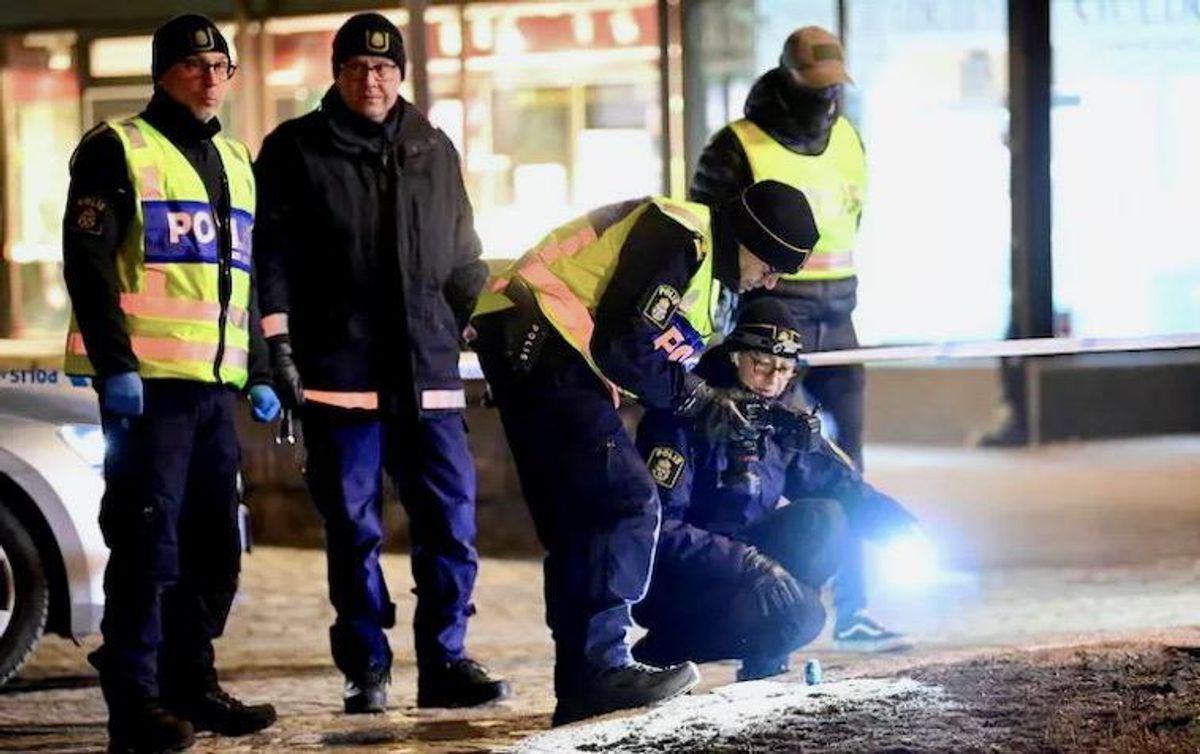 Police forensics team members work at a knife attack site where several people were injured before the suspect was shot by police and taken into custody in Vetlanda, Sweden March 3, 2021. © TT News Agency via Reuters

All eight victims were hospitalized and three had life-threatening injuries, the Jonkoping regional council said on its website.

"We have started a preliminary investigation of attempted murder but there are details in the investigation that make us investigate possible terror motives," regional head of police Malena Grann told a news conference.

Police were alerted to the attack in Vetlanda, a town of around 13,000 people, around 3 p.m. and initially said it did not appear to be an act of terrorism.

"We heard a scream from the street. Then we saw a man enter the store, shouting that he had been stabbed," Asa Karlqvist, owner of a florist shop, told local newspaper Vetlanda-Posten.

"Blood was pouring from his shoulder, so we got towels and applied pressure on the wound," she said.

The situation was under control and there were no indications that anyone else was involved in the attack in the town of Vetlanda, 340 km (210 miles) south of the capital Stockholm, police told journalists.

Prime Minister Stefan Lofven condemned the incident. "We confront such heinous acts with the combined force of our society," he said in a statement, adding he was in constant contact with both the police and the security service.

In April 2017, a radical Islamist drove a truck into crowds of shoppers on a busy street in central Stockholm, killing five people before crashing into a department store. He was arrested and later sentenced to life in prison.