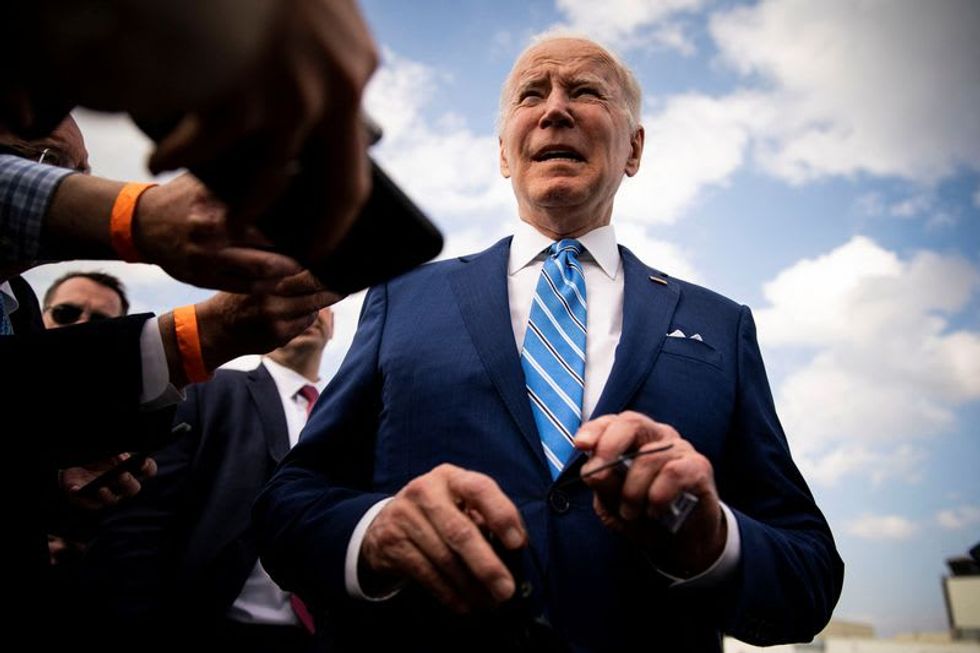 (Reuters) - The Kremlin said on Wednesday it categorically disagreed with U.S. President Joe Biden's description of Russia's actions in Ukraine as "genocide", and it accused Washington of hypocrisy.

Biden said on Tuesday that Russia's behaviour in Ukraine amounted to genocide in his view, using that word for the first time.

"We consider this kind of effort to distort the situation unacceptable," Kremlin spokesperson Dmitry Peskov said on a conference call with reporters. "This is hardly acceptable from a president of the United States, a country that has committed well-known crimes in recent times."

Biden told reporters on Tuesday "it has become clearer and clearer that Putin is just trying to wipe out the idea of being able to be Ukrainian and the evidence is mounting".

Under international law, genocide is an intent to destroy - in whole or in part - a national, ethnic, racial or religious group.

Biden had earlier called Putin a "war criminal", a comment Moscow angrily rejected and said had brought relations with the United States to the brink of collapse.

Putin on Tuesday dismissed accusations that Russia had committed war crimes in the Ukrainian town of Bucha, where mass graves and tied bodies shot at close range were found after Russian troops withdrew, as "fake".

Moscow has said it believed the incident was staged.

Moscow's incursion into Ukraine, the biggest attack on a European state since 1945, has seen more than 4.6 million people flee abroad, killed or wounded thousands and left Russia increasingly isolated on the world stage.

The Kremlin says it launched a "special military operation" to demilitarise and "denazify" Ukraine. Kyiv and its Western allies reject that as a false pretext for an unprovoked attack.

(Reporting by Reuters; Editing by Conor Humphries and Mark Heinrich)