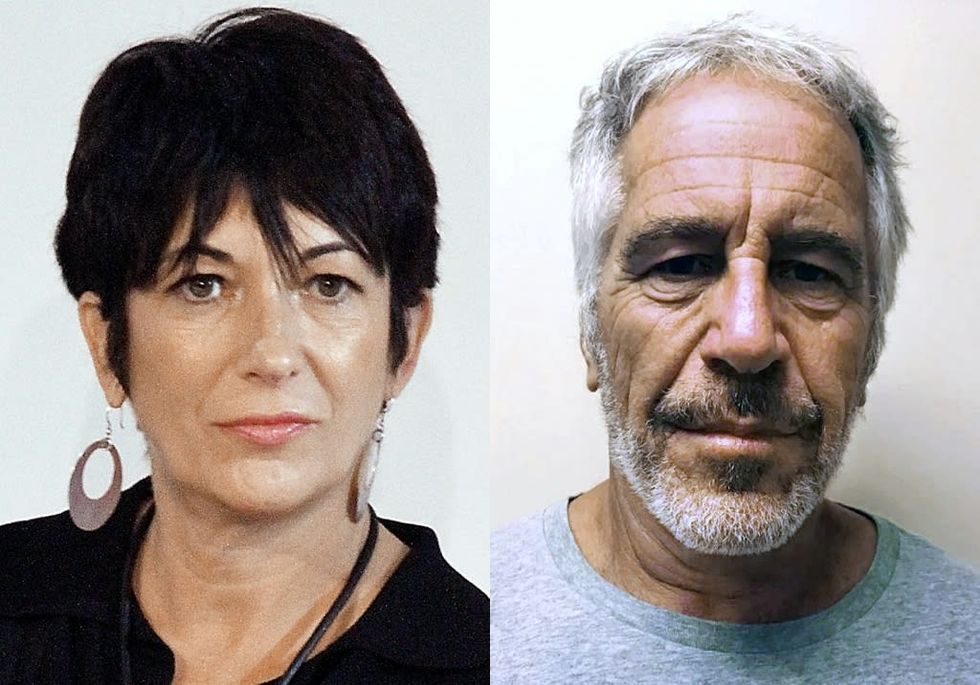 The 59-year-old Ghislaien Maxwell (L) faces an effective life sentence if convicted in New York of sex trafficking minors for Epstein, her longtime partner who killed himself in prison in 2019

Juan Alessi, who worked as a house manager for the multimillionaire Epstein for more than a decade in the 1990s, told jurors at the Manhattan trial that Maxwell ordered a "tremendous" number of rules, including warning to avoid eye contact with Epstein.

"'Never look at his eyes, look in another part of the room and answer him,'" Alessi, who worked at the Palm Beach, Florida estate, remembered Maxwell telling him.

"Remember that you see nothing, hear nothing, say nothing, except to answer a question directed at you," read a staff instruction manual exhibited in court.

The 58-page booklet was dated after Alessi's departure in 2002, but he remembered a prior version of it with similar content.

"NEVER disclose Mr. Epstein or Ms. Maxwell's activities or whereabouts to anyone," it read.

A lengthy checklist to review prior to Epstein's arrivals at the mansion included directions to be sure that a gun was placed in the drawer of a side table in the late financier's bedroom.

Wearing an all-black ensemble, the 59-year-old Maxwell watched Alessi's testimony during the proceedings in which she has pleaded not guilty to six counts of enticing and transporting minors for sex.

If convicted, she faces an effective life sentence.

Alessi also recalled seeing two girls that appeared underage -- 14 or 15, he said -- including one who testified earlier this week under the pseudonym "Jane."

Alessi said he first met Jane in 1994, when she visited the estate with her mother. He also recounted picking her up from school.

Those details appeared to corroborate testimony from Jane, who had recalled a "Latin American" man picking her up. Alessi is from Ecuador.

In hours of testimony over the course of two days, Jane, who is now an adult, told jurors in explicit detail that Epstein subjected her to sexual abuse for years, beginning at age 14. She said Maxwell was often present and sometimes participated in the sex acts.

The defense will begin cross-examining Alessi on Friday. Maxwell's lawyers insist she is a scapegoat for Epstein, whose 2019 death in prison while awaiting trial was ruled a suicide.