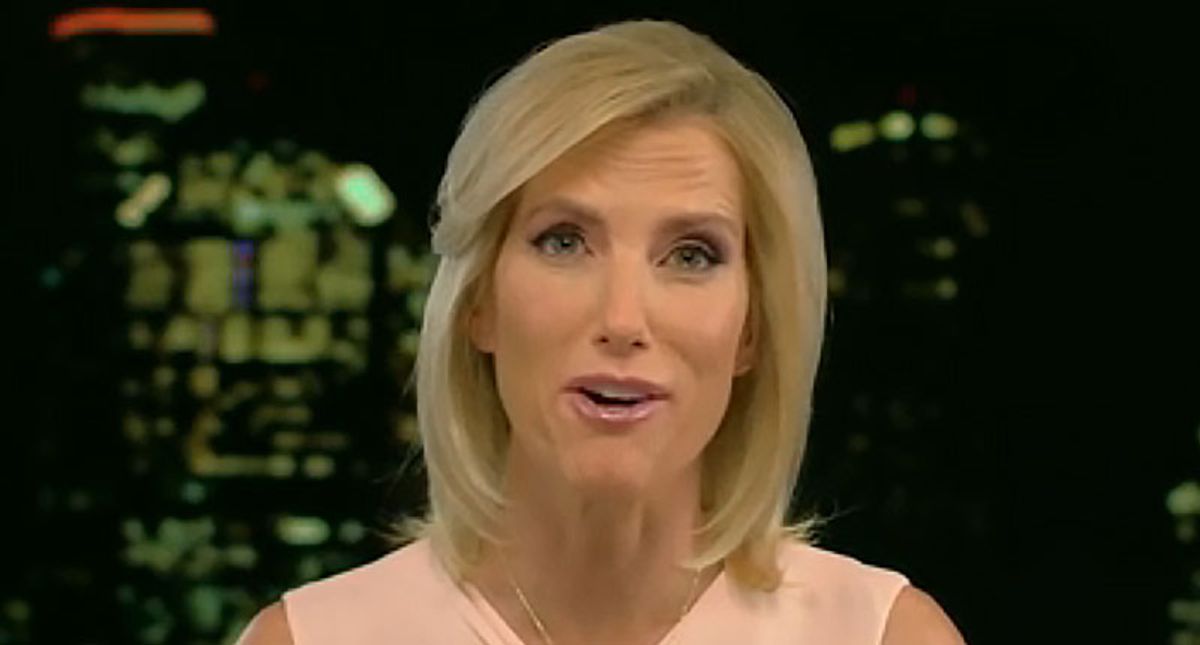 Even by the sub-standards of Fox News, it was fairly amazing Wednesday night when host and evil sorceress Laura Ingraham bemoaned the fact that authorities are doing too much to keep Washington, D.C. safe for next week's presidential inauguration.

Ingraham hosted retired Gen. Robert Spalding, senior fellow at the Hudson Institute, a conservative think tank. This is how she introduced the segment:

"After resisting Trump's calls for the National Guard last summer, the Left is now fine with militarizing every aspect of the People's House," Ingraham whined. "Fox News reporting that officials will now increase the number of National Guard members who will be deployed in Washington during the presidential inauguration from 15,000 to 20,000 on Wednesday, about three times the number of U.S. troops deployed to Iraq and Afghanistan combined. So, is this all necessary?"

"You know, it's absolutely -- I think it's a travesty" he told Ingraham. "It's politicizing the military more than any I've ever seen. I know there's been a lot of discussion about the president politicizing the military but when you have a capital filled with 20,000 troops in anticipation, I'm not sure what they are anticipating. You know, the hordes coming across the Potomac River, I'm not sure why this is necessary. I think for the most part it's done for show and that's the great travesty here of this episode."

Conveniently omitted from this enlightening conversation were two details: One, "the Left" objected to the use of the National Guard to attack protesters, not over it having protected anyone. And more importantly, two, that security for the inauguration is in the hands of the Secret Service, which is not customarily confused with "the Left."

Here' how the Washington Post described security plans Tuesday for the inauguration:

"The Secret Service and federal law enforcement agencies are spending the final days of the Trump administration bracing for a possible violent assault against the Jan. 20 inauguration, launching a security mobilization that will be unlike any in modern U.S. history.

"On Wednesday, the Secret Service will take command of security preparations at the U.S. Capitol and other federal buildings, backed by as many as 15,000 National Guard troops, thousands of police and tactical officers, and layers of eight-foot steel fencing.

"The high-alert security posture is starting six days earlier than planned to coordinate roles for the FBI, National Guard, U.S. Marshals Service and a host of other federal agencies that will fall under Secret Service command.

"Everyone can just rest assured they are throwing the kitchen sink at this event," said one Secret Service official involved in protective planning who was not authorized to speak to reporters."

It's not altogether clear why Ingraham takes offense at any of that. But here's her interview with Spaulding: