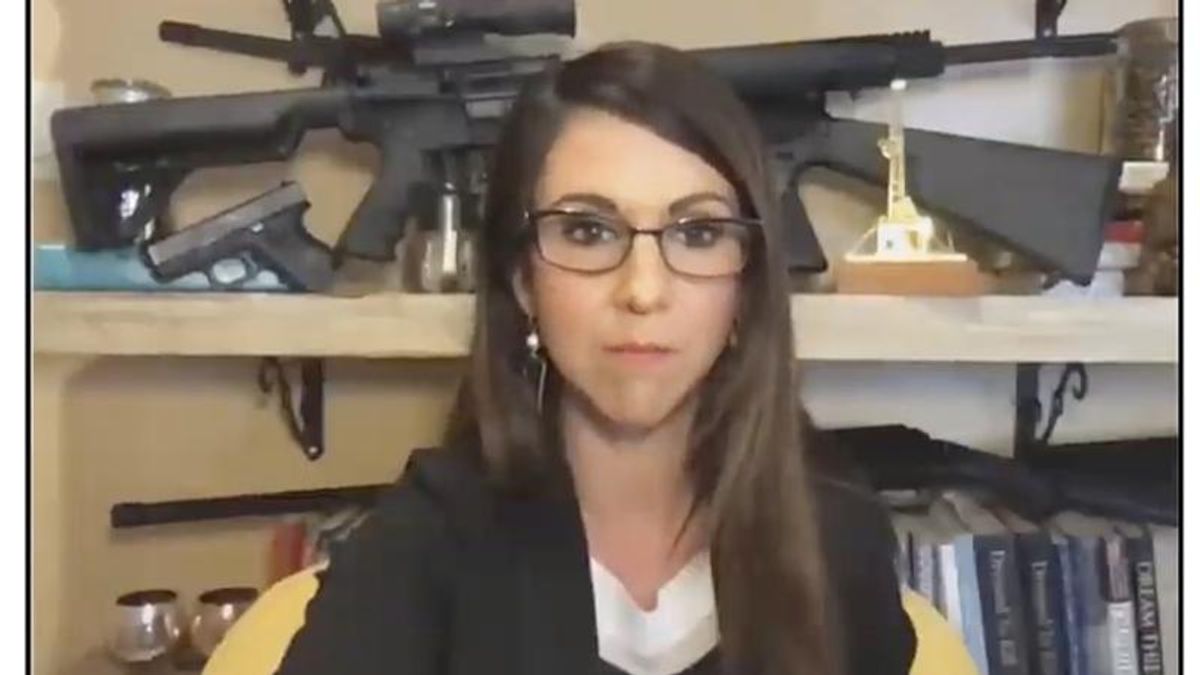 "No one on the outside can get into the Capitol," Boebert complained to Fox News personality Jeanine Pirro. "It is only staffers and members of Congress who are allowed at the people's house -- at our nation's Capitol."

"Judge Jeanine, this is complete bonkers that we are keeping people out the United States Capitol," she argued. "There is clearly not a threat, there was nothing that happened on March 4th, the Democrats are obsessed with conspiracy theories -- and they won't let them go!"

Despite her accusations against Democrats, it is Boebert who has voiced support for the QAnon conspiracy theory.

She then went on to push the latest version of Trump's "Big Lie" about Democrats' election protection bill, the For the People Act.