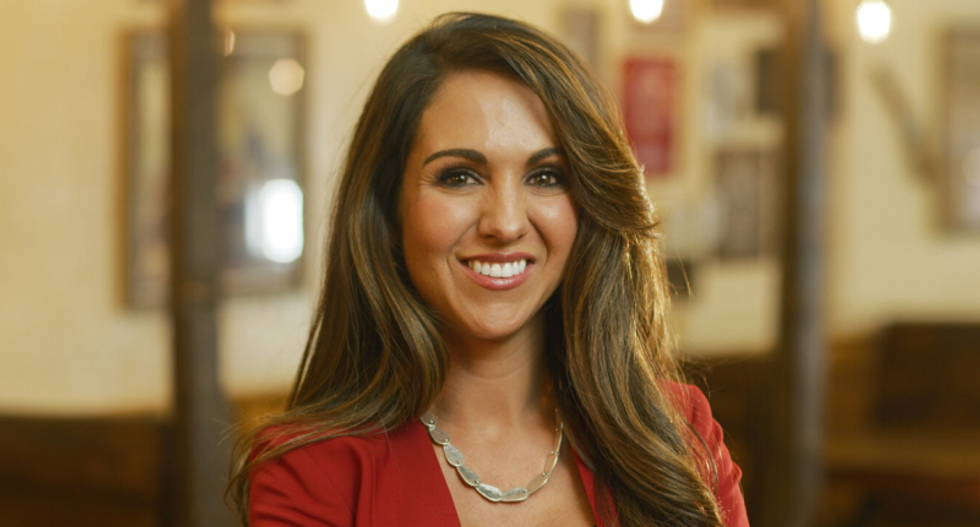 Image via Lauren Boebert for Congress.

A newly-elected Republican congresswoman who has offered support for the QAnon conspiracy theory has asked about carrying a firearm to work.

Lauren Boebert, a far-right Colorado restaurant owner who encourages her employees to openly carry weapons, has asked Capitol Police about carrying her gun on Capitol grounds, her office told the Associated Press.

“This was a private discussion and inquiry about what the rules are, and as a result the Congresswoman-Elect won’t be going on the record,” her aide Laura Carno said.

That's allowed under a 1967 regulation enacted in response to racial unrest, although lawmakers may not bring weapons into the House chamber and other nearby areas.

“Everything that I’ve heard of Q, I hope that this is real," Boebert told a podcast in May, although she has since tried to distance herself from those views. "Because it only means that America is getting stronger and better, and people are returning to conservative values.”

The FBI has described QAnon followers as a domestic terror threat, and some of them have been linked to violence, but Boebert is joined by at least one other GOP lawmaker who has spoken out in support of the conspiracy theory -- and of carrying guns to the Capitol.

“Not only do I support members of Congress carrying a firearm, I believe every American has that right,” said Rep.-elect Marjorie Taylor Greene (R-GA). “I will work every day to end ALL gun free zones.”

Greene has also tried to distance herself from the right-wing conspiracy theory, but she was active as far back as 2017 in message boards where the anonymous "Q," who claims to be a government worker, made cryptic posts baselessly alleging horrific crimes against Hillary Clinton, Tom Hanks and others.

Lawmakers are exempt from passing through security screens throughout the Capitol campus, and Rep. Jared Huffman (D-CA) said "no one checks" to see whether they're bringing weapons onto the House floor.

“Members could have a loaded AK47 sitting on their desk and no one would ever do anything about it,” Huffman said.