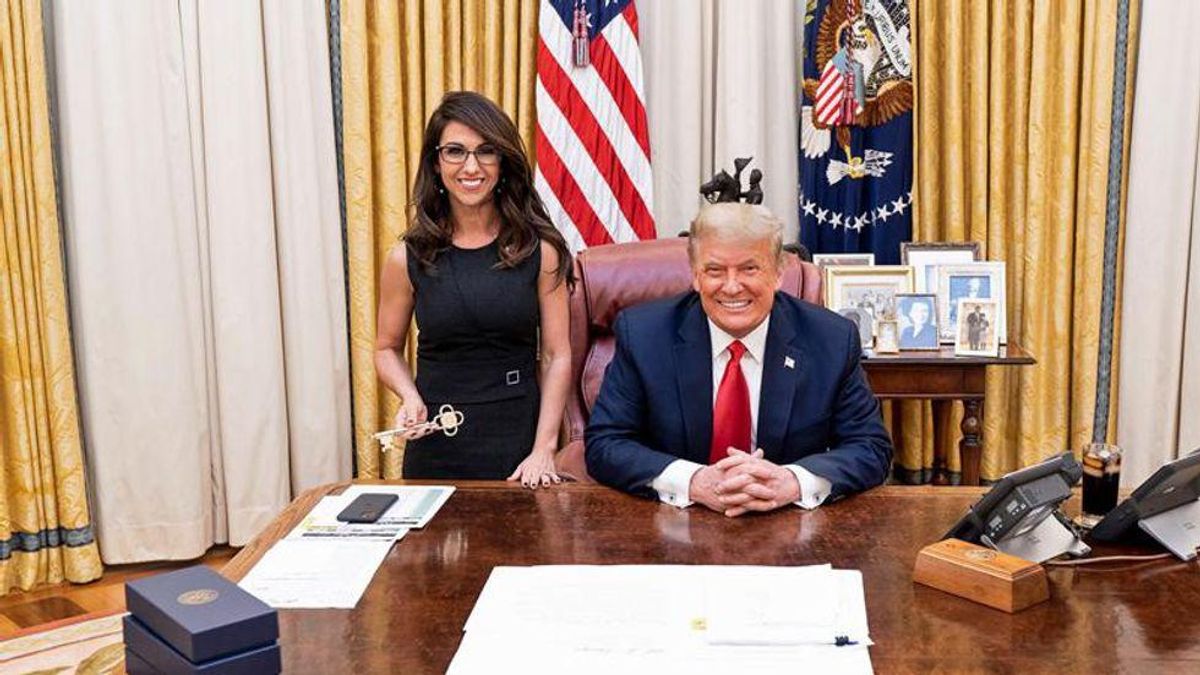 As Rep. Lauren Boebert (R-Colo.) on Friday continued her unwavering support of former President Donald Trump, Twitter users fired back at her with a brief history lesson. The Colorado lawmaker posted a bizarre, contradictory tweet that read, "President Trump wasn't politically correct. He was just correct."

Her remarks did not bode well with many Twitter users and they quickly weighed in with their thoughts offering Boebert a stinging reminder of the truth about Trump, according to The HuffPost. Opposing Twitter users flipped the script and fired back with countless tweets highlighting the many times Trump was incorrect during his time in office.

@laurenboebert EPIC FAILURE!!! "I would build a great wall, and nobody builds walls better than me, believe me, an… https://t.co/xmeIWHNOUx
— scotfasco (@scotfasco) 1621039300.0