From Newt Gingrich to Donald Trump: Rush Limbaugh's legacy is the modern GOP 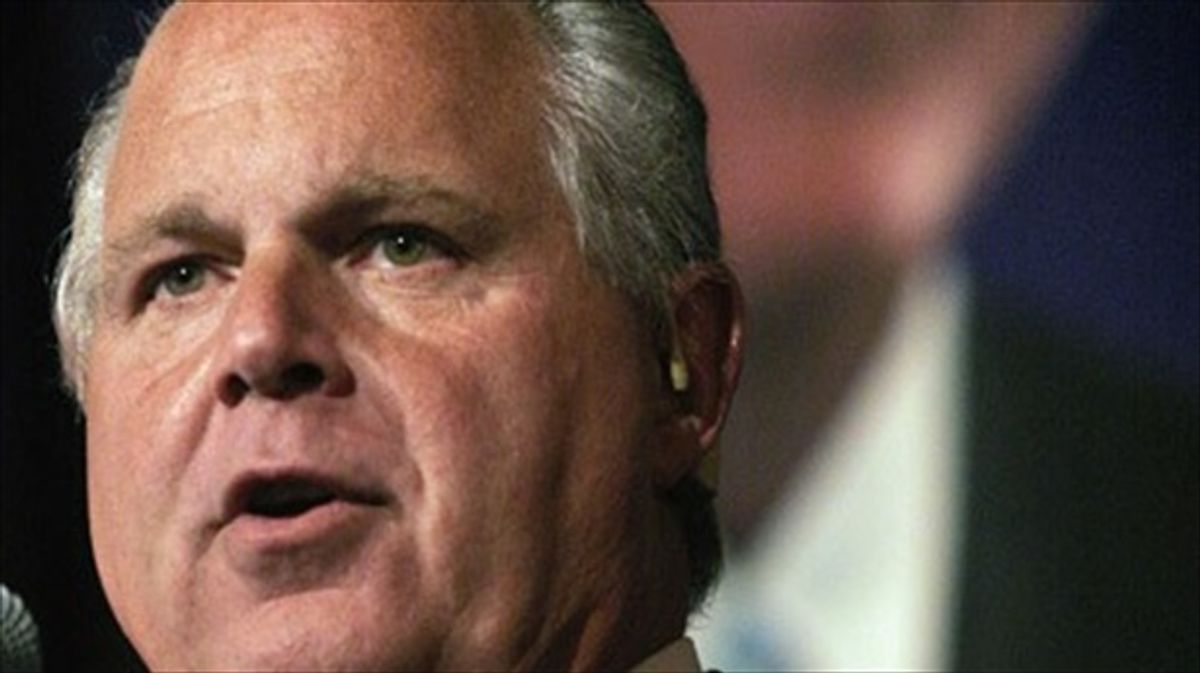 Back in 2014, former Trump staffer Sam Nunberg was assigned to listen to talk radio all day and summarize the talking points for his boss as he assessed whether he was going to enter the presidential race. Trump had already learned the power of the right-wing media when he flirted with a run in 2012 by flogging the absurd "Birther" conspiracy theory and had decided that if he ran it would be as a Republican. But he didn't really know right-wing media. His experience with talk radio over the years had been with Howard Stern, whose show appealed to a different crowd. He was a TV guy and in those days he watched CNN as much as he watched Fox News.

So he got the notes and picked out the issues that appealed to him, like immigration and terrorism, and chose a few about which he was clueless but were crowd-pleasers like railing against "common core." He picked up some discrete stories that seemed to resonate with the GOP base such as the story of "Bowe Bergdahl, the dirty, rotten traitor" which also signaled his aggressive attitude toward military matters. And, of course, he added his own hobby horses like foreign trade which fit into this issue matrix perfectly since it was driven by the same xenophobia that drove the anti-immigrant fervor that was already at fever pitch on the right.

As it turned out, Trump was perfectly suited to become the first Republican nominee to run exclusively on the culture war issues that had animated conservative talk radio for the previous two decades. He may not have been a listener but he was a member of the tribe. And because he was naive about politics he had no sense that projecting the worst of hate radio was politically dangerous so he just put it all out there, unfiltered. I think most observers, including his GOP rivals, assumed that would be the kiss of death. Instead, it turned out to be massively popular among Republican voters.

They should have known, of course. The right had been primed for such a thing for years. And there is no one more responsible for that than Rush Limbaugh.

His radio show almost single-handedly created the culture war narrative that has come to define conservative politics. It's not that Limbaugh came up with every element on his own. There were plenty of racists, xenophobes, sexists, religious hypocrites and violent extremists long before he came along. But he found a way to synthesize their point of view into one over-arching worldview: coastal elites, Black people, immigrants, gays, feminazis and environmentalists are your enemy and they want to destroy America.

Seeing its organizing potential back in the early 90s, backbench congressman Newt Gingrich turned Limbaugh's narrative into a partisan weapon, launching a program designed to teach fledgling, right-wing politicians how to talk about themselves as heroic warriors for the American way and portray their political opponents as depraved savages bent on destroying everything Real Americans hold dear. When the Republicans won the House majority for the first time in decades in 1994, Limbaugh was made an honorary member of the freshman class. The new House Speaker said he couldn't have done it without him.

Limbaugh passed away this week and the right-wing encomiums to his decency and intellectual prowess are unsurprising but infuriating nonetheless. I don't think any single political figure other than Donald Trump has ever been this polarizing, so seeing these flowery tributes to his decency and fine character is hard to take. But if there's one thing the entire country, regardless of party or ideology, can agree upon it's that Rush Limbaugh is one of the most influential political figures of our time. His mean-spirited, crude "guy at the end of the bar" routine was the template for all of right-wing media and remains so today.

And for a time, the mainstream media was more than willing to accept him as one of their own. Back in 2002, the former Majority Leader Tom Daschle, D-SD, complained that Limbaugh had unleashed a torrent of invective against him, resulting in death threats to Daschle's family. The reaction from then Washington Post media critic Howard Kurtz was stunning:

Has Tom Daschle lost a couple of screws? Did the normally mild-mannered senator accuse Rush Limbaugh of inciting violence? He came pretty darn close. There were cameras there. You can watch the replay.
We can understand that Daschle is down, just having lost his majority leader's job and absorbed plenty of blame for this month's Democratic debacle. What we can't understand is how the South Dakotan can suggest that a mainstream conservative with a huge radio following is somehow whipping up wackos to threaten Daschle and his family.
Has the senator listened to Rush lately? Sure, he aggressively pokes fun at Democrats and lionizes Republicans, but mainly about policy. He's so mainstream that those right-wingers Tom Brokaw and Tim Russert had him on their Election Night coverage.

Limbaugh had indeed appeared on election night coverage, shocking anyone who knew what a depraved character assassin he was. The idea that he "poked fun" at Democrats "mainly about policy" was beyond absurd. After all, this was the man who shared insane conspiracy theories for years, like the one that claimed Vince Foster had been murdered in an apartment owned by Hillary Clinton. The mainstream media were finally forced to stop featuring Limbaugh after he made racist comments on ESPN, but that only made him more powerful in the GOP. Nicole Hemmer, author of "Messengers of the Right: Conservative Media and the Transformation of American Politics", observed:

As Limbaugh's political strength became evident, many Republican politicians felt they couldn't cross him, or run the risk of alienating his millions of listeners, Hemmer said. "Many of these listeners didn't care if Rush Limbaugh crossed the line (of propriety)," she said. "They cared more about loyalty to him than any kind of underlying set of principles."

As you can see, the cult Limbaugh created was simply appropriated by Donald Trump. The "Us vs Them" ethos fit him to a T. He saw no need to pander to anyone but his own voters and set about demonizing those who didn't vote for him, even to the point of threatening to withhold federal aid and favoring the states that voted for him. And he in turn has inspired a whole new generation of politicians to follow his example:

Rush Limbaugh's legacy will, unfortunately, live on in the Republican politicians who grew up listening to his derisive, contemptuous rhetoric and then watched as Donald Trump used it to wield power. He created a monster and we'll, unfortunately, be living with it for a long time to come.