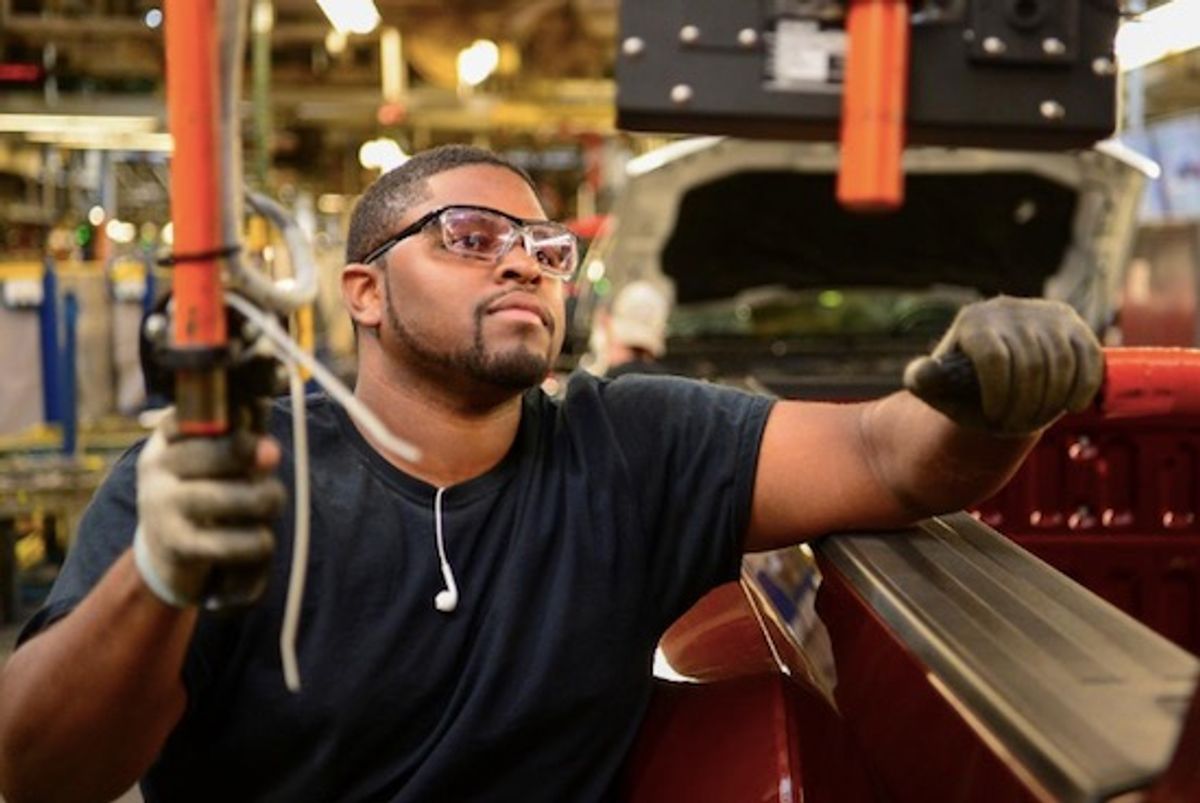 The real solution to the problem is not voluntary corporate action but rather collective bargaining. Amazon and Walmart could assist their workers by dropping their opposition to unionization.

When large corporations off-loaded a substantial portion of their employment costs, they created a higher burden for the public sector. As their pay and benefits shrank, workers turned to the social safety net to fill the gap. Programs such as Medicaid and Supplemental Nutrition Assistance Program (food stamps) that were originally designed for employees of small firms and for the unemployed became a lifeline for the workforce at some Fortune 500 companies.

From a social point of view, this was a good thing—but it also created a situation in which taxpayers were in effect subsidizing the labor costs of mega-corporations. This became an issue in the early 2000s with regard to Walmart, and there were unsuccessful efforts in states such as Maryland to require large firms to spend more on employee healthcare.

Although the issue receded from public attention, figures such as Sen. Bernie Sanders (I-Vt.) have sought to keep it alive, putting the main focus on the employment practices of Amazon.com. In 2018 Sanders helped pressure the giant e-commerce firm to raise its wage rates by introducing legislation that would have taxed large companies to recoup the cost of government benefits given to their employees.

Now the chair of the Senate Budget Committee, Sen. Sanders is continuing his effort from a position of even greater influence. He just held a hearing on whether taxpayers are subsidizing poverty wages at large corporations. As in 2018, just highlighting the issue had a concrete impact. At the hearing on Thursday (Feb. 25), the chief executive of Costco announced that his company would raise its minimum pay rate to $16 an hour. This came a week after Walmart hiked its rate to $15 but only for a portion of its workforce.

After years of wage stagnation, it is heartening to see that large companies are beginning to feel some pressure to boost their wage rates. Yet rises of only a few dollars an hour will not do the trick. Pay needs to be substantially higher than $15 an hour. That's why the real solution to the problem is not voluntary corporate action but rather collective bargaining. Amazon and Walmart could assist their workers much more by dropping their opposition to unionization.

Having a voice at work would solve not only the pay problem but also the crisis in healthcare coverage and other benefits. The scope of that crisis was made plain by another speaker at the Senate Budget Committee hearing. Cindy Brown Barnes of the Government Accountability Office summarized research showing that an estimated 12 million adults enrolled in Medicaid and 9 million adults living in households receiving food stamp benefits earned wages at some point in 2018.

The GAO had more difficulty determining the portion of these populations employed at large corporations. That is because only a limited number of the state agencies administering Medicaid and food stamps collect and update employer information on recipients.

Corporations On the Dole

These findings provide valuable information for the Sanders campaign against poverty wages. Companies such as Amazon—which recently reported that its annual revenues in 2020 were up 38% and its profits nearly doubled to $21 billion—can well afford to pay employees a living wage and provide the benefits necessary for a decent standard of living.

Public safety net programs are essential to society, but those who are employed by mega-corporations should not have to make use of them.